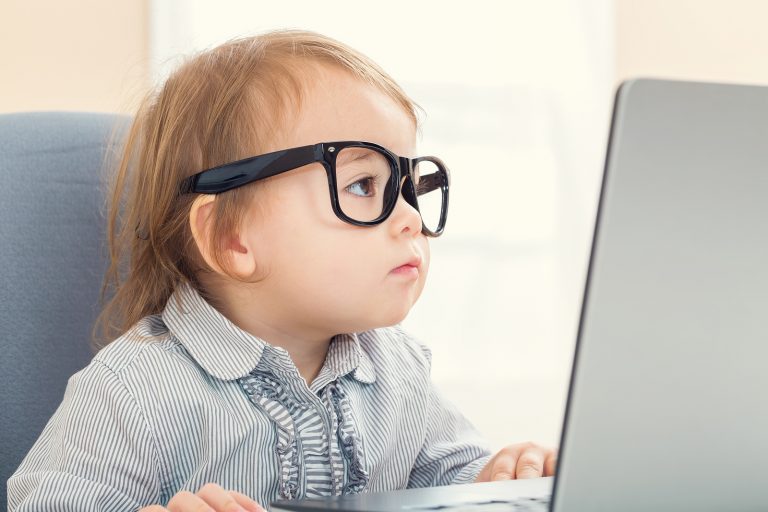 Our neighbors have a little three-year-old daughter, Millie, who is very independent. She has to do everything herself. She has been that way since she could barely crawl. I think about the first words she learned was, “Do it self,” because that was what she always said.

One time when we were at church, she was standing in front of the water fountain, which was about a foot above her head.

“Do you want some help to get a drink?” I asked.

She thought and thought and considered all options but could not figure out how to get a drink. She finally let me lift her up to the water. But the minute I went to push the bar that made the water come out, she said, “Do it self,” and pushed it on her own.

In the church nursery, she was the same way. I opened the toy cupboard, and the toys were stacked on the shelves as they always were.

She pointed to a bear that was a couple of feet above her head. I reached for it, and she said, “Do it self.”

I rolled my eyes but left the bear where it was and started to hand toys to the other children. Millie stood on her tiptoes, but she was still nearly a foot short of reaching the bear. The other children started playing with their desired toys while Millie stared at the bear trying to figure a way to get it down.

She took a small doll and laid it down on the floor stood on it. She still couldn’t reach the bear, and the doll underneath her feet rolled, and she fell. I reached down to help her up, and she said, “Do it self.”

I sighed and let her stand up on her own. Millie looked around and saw a little stick that the children used to make a corral for the toy farm animals. She got the stick and took it over to the shelf and tried to reach the bear with it. She waved the stick, but it was about an inch short. She thought for a minute and then went and got the doll again. She stood on it and waved the stick, barely touching the bear, but it was enough to unbalance it so it fell off of the shelf onto the floor.

I smiled. I had to admit that Millie was quite innovative. Some of the other children wanted us to do everything for them, even what they could do for themselves. But Millie’s attempts at doing everything for herself taught her to think. I realized this even more as the weeks went by. I watched as Millie became more and more clever in her ability to do everything. A month or two later, I was standing by the water fountain lifting each nursery child up to get a drink.

When Millie came, knowing her temperament, I waited for her to ask. But she didn’t ask. Instead, she disappeared into a nearby classroom and came out dragging a child-size chair. She scooted it up next to the water fountain, climbed on it, and got her own drink. She didn’t bother returning the chair, so I did, but I marveled at her ingenuity.

Sometime later that day I ran into Millie’s mother. I told her what I had observed about Millie over the last few months and what I had recently observed earlier that morning.

“Have you also noticed that none of her clothes ever match?” Millie’s mother asked.

“I haven’t,” I replied. “But that’s probably because I’m a man and don’t notice such things.”

Millie’s mother sighed. “Well, they never do match because Millie insists on dressing herself. I’m considering removing all of her shirts and blouses and replacing them. And you know what they will say on them?”