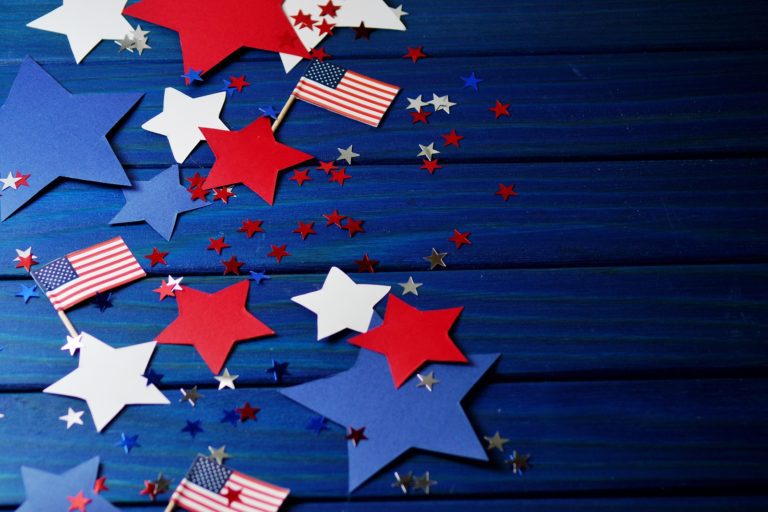 Books can inspire, educate and inform.  The following books are good for ages nine through adult except where indicated.  These books will help all – young and old – appreciate our great country!

Apollo 8: The Mission that Changed Everything,by Martin W. Sandler, will take the reader into space and heading towards the moon.  This amazing account of the giant difficulties facing America, beginning in 1957, describes the beginning of our race to reach space before the USSR.  We were in the midst of the Cold War and America was losing the space race.  This was the year that Russia launched their Sputnik satellite making them first to successfully orbit the Earth. Now, jump ahead to 1968.  America is furiously working to prepare their lunar landing scheduled for the end of the year.  However, the CIA discovered that the USSR was already on the move to be first once again – this time to orbit the moon.  They would be victorious and jump ahead of the United States again.  This could not happen!  It also increased the possibility that the USSR could overtake America in more ways than just in space.  So, NASA had to accelerate their plan and move it up several months.  This was extremely difficult because NASA wanted to make sure all was as safe as possible for the astronauts.  NASA made the decision to not just orbit earth, but also orbit the dark side of the moon.  There are several stunning photographs found throughout this book as well as the iconic Earth photo from the moon.  The author reveals the tension and scientific advancement of all who worked on Apollo 8 to achieve the moon orbit and return safely to earth.  He writes this entire event book with great intensity and interest.  Be sure to check out the fascinating end-pages.

Wonders of America, by Marian Dane Bauer, and rich with color by John Wallace, is a series of books for the new reader labeled Ready-To-Read Level 1.  These new readers take the reader to some of the most beautiful locations in America and teach history about the locations. The newest editions are The Grand Canyon and Yellowstone.

The Oregon Trail series, by Jesse Wiley, has two new books that are perfect for ages seven through eleven.  The Wagon Train Trek and Alone in the Wild are both written so that the young reader can choose different trails and discover the outcome.  There are more than twenty different outcomes to choose from. Each of these situations may include wild animals, dangerous rivers, thieves, bad weather and much more. Each situation brings to light the difficult circumstances pioneers had to face traveling across the country in search of a new life.

Our Flag Was Still There: The True Story of Mary Pickersgill and the Star-Spangled Banner, by Jesse Hartland, is a marvelous picture book celebrating the United States of America flag that inspired our National Anthem.  The War of 1812 was underway, and the capital had been set on fire by the British.  Major George Armistead had been stationed at Fort McHenry near Baltimore, Maryland.  Back in this day, ships communicated with each other and those on land with flags.  The Major went to a nearby seamstress who owned a small store with other women family members, along with an indentured servant.  He desired a flag so large that the British will have no difficulty seeing it from a distance. He wanted to make sure the British knew that this land belonged to America. So, Mary Pickersgill set out to make a huge flag – 30 feet by 42 feet.  The battle that ensued after flying this giant flag inspired Sir Frances Scott Key to write a poem to a familiar song which later became our National Anthem.  You can find the flag on display in the Smithsonian’s National Museum of American History.  There is more information and the author’s notes found at the back of the book.  The illustrations have a wonderful folks-art touch which are rich with color and done with gouache.

1919: The Year That Changed America, by Martin W. Sandler, is an over-sized book full of photographs and information of events that happened one hundred years ago in America and that are significant and even relevant today.  Some of these events were:  America recovering from World War I, women finally being allowed to vote, rotten working conditions because they were not made public and the strong attitude of temperance leading to prohibition.  This well-researched book truly gives light to what life was like a hundred years ago and how life has changed.  Be sure to check out the interesting time-line for “Health Protections for the Common Good” found in the back of the book.

Picturing America: Thomas Cole and the Birth of American Art, by Hudson Talbots, is a picture book that investigates how this beautiful art form began from one of the greatest American artists.  Thomas Cole moved from England to America in 1816.  He had a tremendous ability to draw and drew everything he saw in his new country.  But his art form changed when he became inspired on a boat ride up the Hudson River. When he saw the beauty in the wilderness of the Catskill Mountains, it changed how he painted.  He became famous from the landscapes he drew and encouraged other artists to become inspired by America’s grand scope.  You’ll find some of his breathtaking paintings in this informative and beautiful book.

I Survived: The Battle of D-Day, 1944,by Lauren Tarshis, is the latest installment in this historically accurate series.  Seventy-five years ago, the largest seaborne invasion ever to take place in history occurred in Normandy, France.  Even though many died at the hands of the enemy, this tremendous invasion turned the tide towards the eventual Allied victory in World War II.  If your kids have never read any of these “I Survived” series of books they are missing out and will likely become excited to read about history.  The author has a tremendous gift for blending history within a gripping narrative!  There are photos and facts found at the back of the book along with more fascinating historical books for kids on World War II.  Other books in this series include: The Attacks of September 11, 2001, The American Revolution, 1776 and The Battle of Gettysburg, 1863.

The Astronaut Who Painted the Moon: The True Story of Alan Bean, by Dean Roberts, and beautifully illustrated by Sean Rubin, showcases how this fourth astronaut to step on the moon gloriously painted his experience to typify what he saw through art.  This picture book takes you through his youth and his tremendous desire to fly.  When he became a navy pilot he longed to also paint what he saw high above the clouds.  However, his painting lessons didn’t prepare him for the incredible view of earth 240,000 miles away.  Be sure to check out the interesting time-line of our space explorations found in the back.  This book is good for all ages.

Lost in Outer Space: The Incredible Journey of Apollo 13, by Tod Olson, is another outstanding edition in his successful series, “Lost”.  The disaster for the three astronauts began when they were just two days from their greatly anticipated landing on the moon.  A sudden explosion ripped through the spacecraft crippling it and potentially killing the three men inside.  This amazing account is well told for kids helping them see all that had gone wrong and how miraculously the men survived and came back to earth.  The entire book is riveting, and along with photographs sprinkled throughout, it’s an excellent non-fiction read!