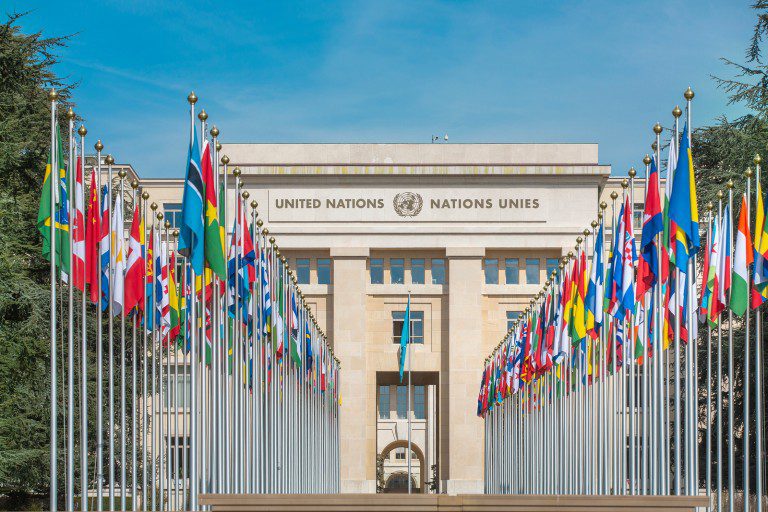 “Your baby has no chance of life.” Those heartbreaking words were delivered to Siobhan Whelan following an ultrasound on January 4, 2010 whereupon she learned that her unborn baby boy was affected by holoprosencephaly, a congenital brain malformation that generally causes death before birth. Most infants with this condition that survive to delivery die during labor or soon thereafter. Ms. Whelan, who was 21 weeks pregnant at the time, was told to continue going to her pre-natal appointments and wait for nature to take its course.

For some, the idea of carrying a child destined to die and waiting for “nature takes its course” is akin to a prison sentence. For others, aborting their unborn child, despite a baby’s certain death, is barbaric. These are difficult and heartrending issues. And it is precisely because they are heartrending that abortion advocates use stories like Ms. Whelan’s to promote legalized abortion. Likewise, international organizations such as the United Nations use these exceptional cases to beat pro-life countries into submission. They use extraordinary and rare cases of fetal abnormality to liberalize abortion laws, not for the benefit of the hard cases, but so abortion will be available as a matter of convenience in addressing unplanned pregnancies and as a means of securing women’s advancement.

Ms. Whelan sued the Irish government and with the help of New York-headquartered Center for Reproductive Rights, took her case to the United Nations Human Rights Committee, which decided that Ireland’s then-restriction on abortion violated Ms. Whelan’s human rights. The government awarded her €30,000 as compensation.

Abortion – a right to life?

Abortion advocates regularly conflate issues of maternal life and health with the right to abortion, and do so using the term “reproductive health.” They routinely claim that abortion is safer than childbirth. Pro-abortionists misuse Center for Disease Control statistics comparing maternal mortality per live births (not per pregnancies!) with deaths per abortion to encourage the image of abortion as a health-promoting procedure. The United Nations engages in the same rhetorical sleight of hand in establishing abortion as a human right that ensures a right to life for women.

A recent United Nations Human Rights Committee’s General Comment of the Right to Life affirmed that abortion is a human right and that human rights only begin after birth. The General Comment of the Right to Life is the culmination of a four-year process to produce a document that will be used to pressure governments to provide unfettered access to abortion. Nancy Northup, President and CEO of the Center for Reproductive Rights, said, “This is an important affirmation which will provide strong support for our global advocacy, litigation, and research that defines and enforces abortion as a fundamental human right…Comprehensive reproductive health services, including abortion, are necessary to guarantee the right to life, health, privacy, and non-discrimination for women and girls.”

The UNHRC’s General Comment also seeks to abolish protections for conscientious objectors. States are required to remove existing policy and structural barriers that prevent women and girls’ effective access to abortion, including those barriers created due to conscientious objection. So if you are a healthcare worker that declines to participate in performing abortions because you object for religious reasons, the United Nations wants your government to restrict your religious liberty.

When “not legally binding” is meaningless

It is general knowledge that international treaties, including United Nations treaties, are binding when ratified by signatory nations. This understanding of constitutional law leads people to believe that United Nations resolutions, because they are not ratified treaties, are not legally binding. What many people do not realize is that courts often cite non-treaty United Nations documents in deciding the meaning of laws and determining court cases. United States courts have cited United Nations documents in hundreds of cases to establish both legal authority and factual information. These documents have been cited in cases involving international civil rights, immigration, crime, borders, and domestic civil rights to name just a few. In this way, international resolutions become established law by entering through a back door. This is called “soft law.”

Abortion was not the only “right to life” established by the recent General Comment. The committee also recognized assisted suicide as a universal human right and calls on countries to “facilitate the termination of life of afflicted adults, such as those who are terminally ill, who experience severe physical or mental pain and suffering and who wish to die with dignity.”

A lone voice of opposition

Only one member of the committee voiced any opposition to the elevation of abortion and assisted suicide as human rights, and that was Ambassador Ahmed Amin Fathalla of Egypt. Ambassador Fathalla said, “This language will imply legalization of abortion without restriction which in itself will deny the right to life of the unborn baby.” He criticized the resolution as permitting abortion “with no criteria or restrictions or conditions” and that doing so elevates personal autonomy over the life of the unborn child. He was quickly shouted down.

Harvard professor and human rights in international law specialist, Mary Ann Glendon, denies the committee’s assertion that abortion is a “fundamental human right, and its preposterous claim that abortion rights are derived from the right to life … show how susceptible U.N. bodies are to lobbying by interest groups that would like to see their agenda items recognized as universal rights.”

We take it for granted that individuals and organizations will use euphemisms like “choice” to hide the reality of abortion. But it is something else entirely when the United Nations elevates abortion and assisted suicide to a universal human right and does so under the guise of a “right to life.” Evil is called good, and your freedom of conscience will be overruled in court using a U.N. cited “human right” to kill. Sometimes words just fail…

The Book of Mormon clearly tells us that in these times bad will be good and good will be bad. How true. Some theraputic abortions are medically necessary. Most elective abortions are not. Lies and deception are Satans tools for winning unsupportable argument positions like euthanasia, marijuana usage and elective abortions. However, abortion clinics are closing due to the number of elective abortions decreasing. That’s good news but is it because of better choices or more effective birth control?

Trust Isaiah to say it best: "Woe unto them that call evil good, and good evil; that put darkness for light, and light for darkness; that put bitter for sweet, and sweet for bitter! Isaiah 5:20