A River Ran Over Her | Meridian Magazine 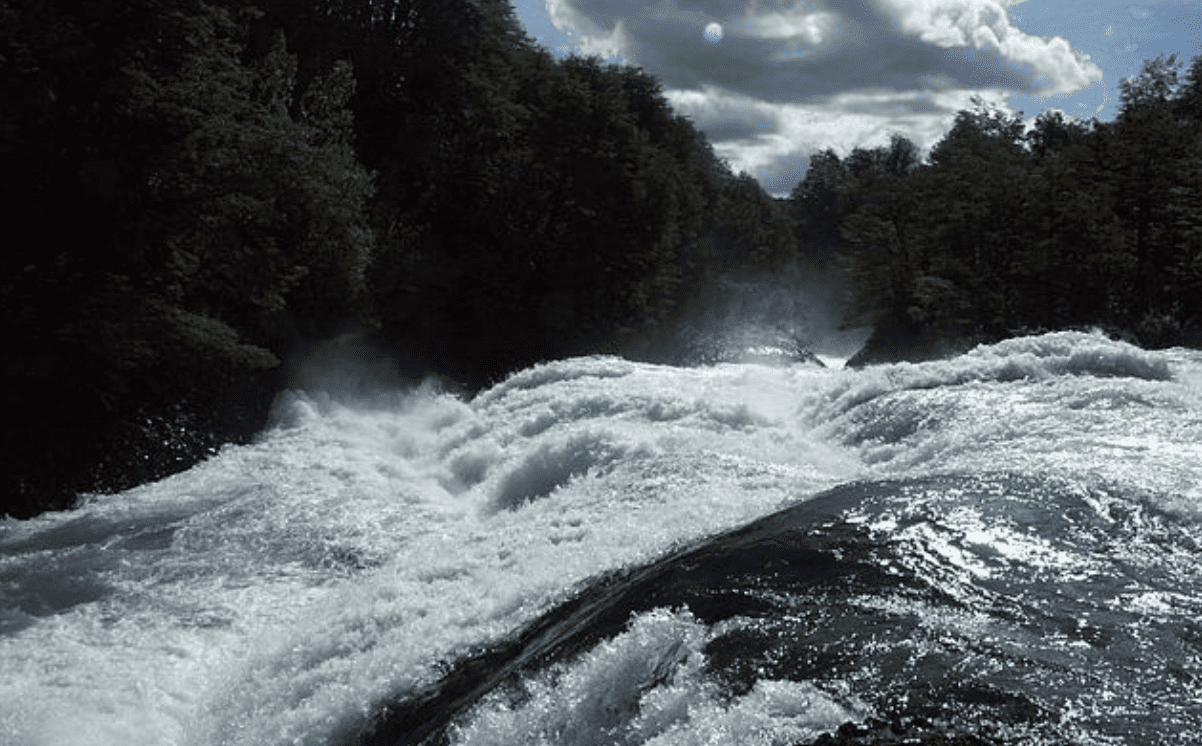 A River Ran Over Her

Just this morning, my wife and I received news of the death of a relatively young friend who has been living in southern California.  It was not unexpected.  In fact, over the past week or two we’ve been, in the odd way that happens in cases of prolonged and painful terminal illness, many of us have been praying for it.  She is the daughter of a good friend from our days of living in Cairo who was claimed by the same terrible disease, and whose sister was likewise claimed by it, along with at least one other close relative.  A genetic propensity runs in certain members of the family.  We are deeply saddened, but we’re also happy at her deliverance and that she has, as we firmly believe, been welcomed by loved ones who went before.

With that as background, I think that I’ll write here briefly about another of the books that I bought at the annual meeting of the International Association for Near-Death Studies back at the beginning of September.  The literature relating to NDEs can be a real mixed bag, but Mary C. Neal’s To Heaven and Back: A Doctor’s Extraordinary Account of Her Death, Heaven, Angels, and Life Again struck me as a sincere and believable account when I read it several years ago.  So I didn’t hesitate to pick up the sequel, 7 Lessons from Heaven: How Dying Taught Me to Live a Joy-Filled Life.  It’s a more devotional and more explicitly Christian book than its predecessor, but it retells the basic story told in the first book for those who are reading without being acquainted with that earlier book.

Mary Neal, who is married to a physician, is herself a board-certified orthopedic surgeon.  A graduate of the school of medicine at the University of California at Los Angeles who completed her residency at the University of Southern California and, thereafter, pursued further specialized training in spinal surgery in Sweden and Switzerland.  She then took up the role of director of spine surgery at USC before leaving for private practice. For years now, she and her husband — who are both very outdoorsy and athletic — have lived with their children and maintained a clinic in Jackson Hole, Wyoming.  (Martin Tanner tells me that she has very recently stepped away from her medical practice to pursue a program of New Testament studies through Claremont Graduate University.)

Dr. Neal’s resumé is certainly a respectable one, and, having heard her speak at IANDS less than three weeks ago, I can now say that she comes across as calm and quite credible.  Here, in a nutshell, is her story:

Experienced kayakers, she and her husband went with friends and professional guides to the upper Rio Fuy, in a remote area of rural Chile, back in January 1999.  One day, after plunging over a twenty-five foot waterfall, the nose of Dr. Neal’s kayak became solidly wedged between two boulders at the base of the cataract.  The pounding water kept her pinned face down onto the front deck of her kayak.  She knew that, if she did not escape soon, she would drown — a form of death that had always particularly horrified her.  But she could not get out.

Curiously, she felt calm and relaxed, even hopeful.  As the water filled her lungs, she entered into an indescribably beautiful area, experienced a comprehensive review of her own life story to that point, learned about events in her future that later came to pass, and much, much more.  Altogether and astoundingly, she was underwater for approximately thirty minutes.  The fact that she was revived, and without brain damage,  is a remarkable miracle in itself.  From time to time, from a vantage point that was quite distinct from the location of her body, she watched as her friends searched for her.  She felt her bones break and her ligaments tear — as an orthopedic surgeon, she knew exactly what was happening — but she felt no pain.

I never experienced being conscious one moment and unconscious the next.  Instead, I felt conscious and then more conscious.  I had a heightened clarity and intensity of consciousness, and I felt more alive than I had ever felt.  (13, emphasis in the original)

As I hovered above the river, I was welcomed by a group of “somethings.”  Perhaps I should call them people, spirits, angels, or soul friends.  But these words mean different things to different people, so I am never quite sure what to call the beings who welcomed me.  All I can say is that I had absolute knowledge that these beings had known me and loved me as long as I had existed, and that I had known and loved them also.  I believe if I had looked closely at those in my welcoming committee, I would have recognized each of them as someone who had been important in my life experience, regardless of whether I had known them on Earth or not.  For example, one might have been a great-grandparent who died long before I was born.

But here’s the important thing.  They were radiant, brilliant, and overflowing with God’s love.  (13)

I began to move with my guides up a path to the entrance of a great domed structure that I knew was the point of no return.  As we gently traveled, my companion and I communicated without words and moved without walking.  We didn’t speak using our mouths to form words, but the communication was pure and clear.  I heard the communication in English, my native language, but it was as if the words were being sent from one person to another in their most elemental form, just transference of energy and meaning.  (15)

The colors of nature and the magnificent aromas of flowers and trees have always touched me deeply and, not surprisingly, this is what I began to encounter.  As I looked more closely, the path we were on seemed to be stitched together with every color of the rainbow and even some colors I’d never seen before.  A seemingly infinite variety of flowers sprouted along the edges of the path, and my very being was infused with their sumptuous aroma.  The array and vividness of the colors, the intricacies of the flowers, and the allure of the aromas were all far more intense than anything I have seen or experienced on Earth.  I not only saw and smelled these things, but also heard, tasted, and felt them.  My senses expanded, and I could both experience them and understand them.  (16)