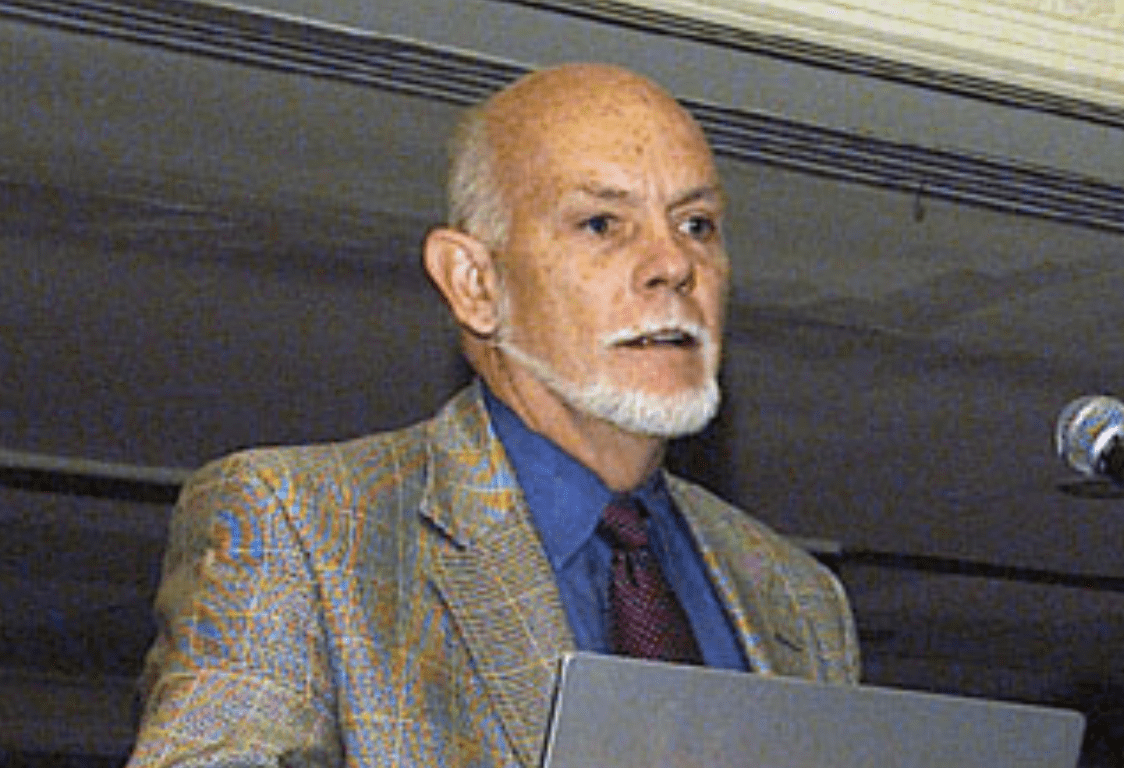 Several times each year, some atheist or other triumphantly flings in my face the fact that most members of the elite National Academy of Sciences aren’t religious.

In this context, I was interested some time back to learn a bit about Richard Smalley, formerly the Hackerman Professor of Chemistry as well as a Professor of Physics and Astronomy at Houston’s Rice University.  Smalley, who died in 2005 of leukemia at the relatively young age of 62, was honored upon his death by a resolution in the United States Senate as the “Father of Nanotechnology.”  In 1996, he shared the Nobel Prize in Chemistry for the discovery of a new form of carbon, dubbed (in humorous tribute to R. Buckminster Fuller) “buckminsterfullerene” or, colloquially, “buckyballs.”

He was, of course, a member of the National Academy of Sciences, having been elected in 1990.

Smalley came from a religious background, but he evidently rejected his faith fairly early.  According to at least one source, he became for a long time an outspoken critic of Christianity.  And then he wasn’t.

Here’s an interesting passage from Professor Smalley, reflecting upon his own chemical specialty in the study of carbon:

Shortly before his death, he wrote a fascinating letter, from which the following is excerpted:

As I write this I am at M.D. Anderson Cancer Center a few miles from my home in Houston, Texas. I am being infused with a modern miracle, a nanotechnological stroke of engineered genius called Rituxan. It is a monoclonal antibody that is part mouse, part human and with great purity and reliability targets the cancer cells in my body and marks them for graceful death. The motto of M. D. Anderson is “Making Cancer History”, and I am convinced that within the next 20 years they and other scientists around the world will do just that: they will develop cures for the main forms of cancer that have plagued mankind since the dawn of history. I hope to see this all happen, and come back to Hope for my 60th reunion to tell you all about it. . . .

Recently I have gone back to church regularly with a new focus to understand as best I can what it is that makes Christianity so vital and powerful in the lives of billions of people today, even though almost 2000 years have passed since the death and resurrection of Christ.

Although I suspect I will never fully understand, I now think the answer is very simple: it’s true. God did create the universe about 13.7 billion years ago, and of necessity has involved Himself with His creation ever since. The purpose of this universe is something that only God knows for sure, but it is increasingly clear to modern science that the universe was exquisitely fine-tuned to enable human life. We are somehow critically involved in His purpose. Our job is to sense that purpose as best we can, love one another, and help Him get that job done.

Critics will respond, of course, that Dr. Smalley’s return to Christianity was the desperate act of a fatally ill man.  Belief, they will say, comes from emotional, not rational, sources — such as the fear of death — whereas, apparently, unbelief is purely rational.  But might it not be said with equal probability that his return to church came because, after decades of intense involvement with scientific research, he had just been powerfully reminded of his mortality and of the general human condition?

Why is the faith of religious scientists regarded by some as insignificant, while these same folks often trumpet the lack of faith of unbelieving scientists as somehow revelatory of the true character of the universe?

I’ve fairly frequently posted quotations on this blog from believing Nobel laureates and other prominent scientists.  Some have assumed that I intended, thereby, to  prove theism true.  They’re mistaken.  I post such quotations mostly because I’ve often thought that they made important points.  But I’ve also posted them, simply, to illustrate the indisputable fact that more than a few prominent scientists see no incompatibility between religious faith and rigorous science.

Caltech’s Kip Thorne, who shared the 2017 Nobel Prize in Physics, comes from a Latter-day Saint background although, sadly, he currently describes himself as an atheist.  But he rejects the notion, argued by many much lesser scientific lights (and, quite often, by people who aren’t scientists at all), of an absolute opposition between theistic faith and scientific reason:  “There are,” says Thorne, “large numbers of my finest colleagues who are quite devout and believe in God, ranging from an abstract humanist God to a very concrete Catholic or Mormon God. There is no fundamental incompatibility between science and religion.”

But what would he know?

I found this article extremely interesting and educational! Thanks for sharing.

I sent this to my non-believing husband in hopes he will discuss it with me. He loves science but sustains religion as, among other things, an excuse for war and an emotional crutch. You never know what will turn on the lights. Your Oregon friend.