A Haunting Near Miss and a Blessing in Disguise | Meridian Magazine 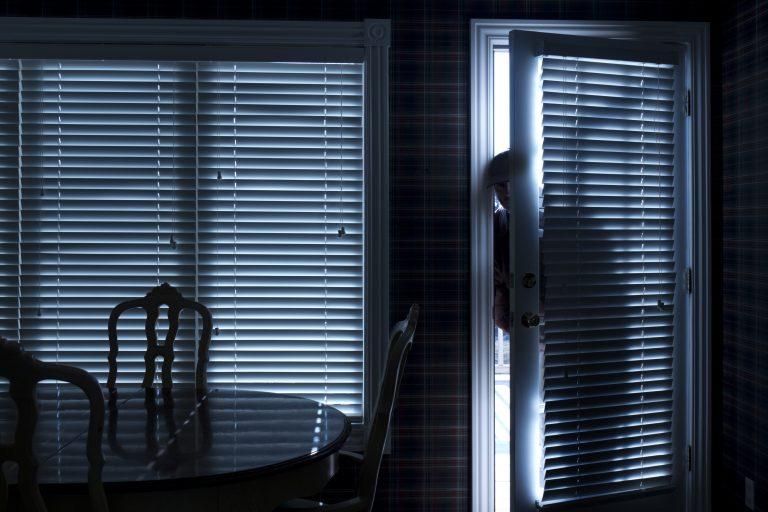 A Haunting Near Miss and a Blessing in Disguise

Once again, we have cheated death! My wife, Bette, and I say this every time a plane we are flying on has landed. However, this statement has never felt more real than it did on a two Sundays ago, which happened to be Bette’s birthday.

At church that day, we heard that we grow through adversity and that God chastens those He loves. As we chatted on our drive home, we decided that we hadn’t experienced much adversity in 58 years of marriage, and we saw no need for any. Little did we know what was in store for us.

That evening, one of our married children was hosting a birthday dinner for Bette. When Bette went out to the garage at about 6:00 p.m., the garage door was open and her SUV was gone. She figured I’d driven it around front to pick her up, as I often do.

However, when Bette turned around, there I was, on my way into the garage. We were puzzled. I asked Bette, “Do you think the kids took your car to write happy birthday on it or something?” When we contacted our son, however, he said no. “Did you leave it somewhere?” he asked. “Of course not,” I replied. “We’re getting forgetful, but not that forgetful.”

Investigating further, we found that the key fob was missing from its usual spot in our key bowl. In the basement, we found a sliding glass door open. Convinced the car had been stolen, we called the police. We couldn’t believe it then, and we still can’t!

Sometime between 1:30 and 6:00 p.m. on that Sunday afternoon, while we were in another part of the house, someone had entered the basement, come upstairs, picked up the keys, opened the garage door, and driven off with Bette’s car. Why didn’t we hear them? Why didn’t our dog, Sophie, bark like she usually does whenever anyone gets anywhere near the house?

The police asked if anything else was missing, and we said we didn’t think so. They warned us that the car might never be recovered, and indeed it hasn’t been. But that’s not the end of the story.

On Monday morning, after a very restless night, Bette tried to find her new phone, purchased only the day before as a birthday gift.  She’d left it on the kitchen counter near the stove and butcher knives. It was gone! We realized the burglar had actually been in the kitchen, only about 25 feet from where we’d been studying that Sunday afternoon.

Why hadn’t we heard them so close by? If I’d heard them, I would have gone into the kitchen and confronted them! How would they have reacted? Would they have grabbed one of those close-by knives and stabbed me? Hearing my scream, would Bette have rushed in and suffered a similar life-threatening injury?

I believe we were protected—shielded, if you will—from physical danger, maybe even from disabling injuries or death. We are convinced that the Lord or one of His angels must have intervened and deafened our hearing, maybe even muffled our dog somehow, so we would not go rushing into the kitchen and catch the burglar in the act of stealing from us.

As I’ve pondered what occurred, I feel it might be appropriate to share two sentences from my patriarchal blessing, which I find most comforting: “Many physical dangers and difficulties shall pass by thee, giving unto thee blessings in disguise. It shall be thy privilege to live to a good age to enable thee to accomplish thy mission upon the earth and further serve thy fellow man.”

Certainly, what we experienced that Sunday—a home invasion—can potentially be among the worst of life’s “many physical dangers and difficulties.” Is there any question that a real, scary, life-threatening physical danger passed us by?

Truly, once again we have cheated death, but this time for real. I believe most strongly that, in fulfillment of one of the temple promises, we were shielded and protected from what could have been more than a near-death experience.  The blessing in disguise?  A stronger personal testimony that God watches over us as we keep the promises we make in the temple.

Stephen W. Gibson and his wife, Bette, are the founders of the Academy for Creating Enterprise, which has taught more than 67,000 returned missionaries and others how to start businesses in the Philippines, Mexico, Brazil, Peru, and four additional South American countries. For more information, visit StopRMpoverty.org.