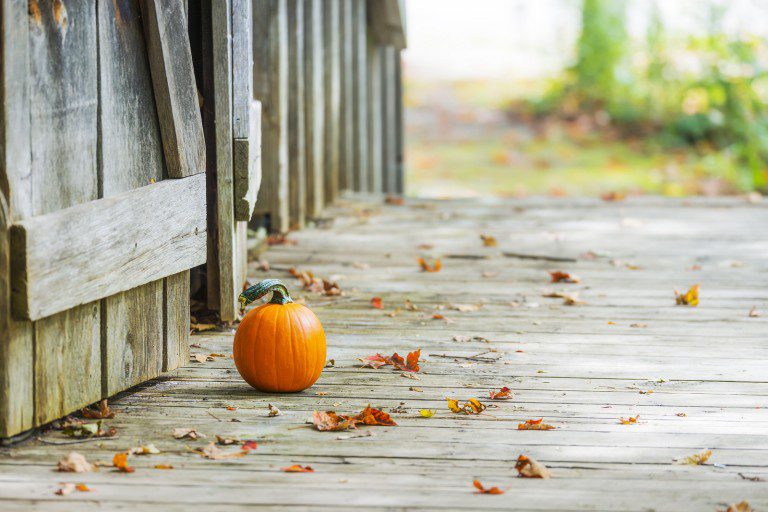 As I was heading home from church on the Sunday before Halloween, Lenny grabbed me. “Hey, would you like to join Butch, Buster, and me on Halloween?”

“Is this about getting your uncle again?” I asked.

I had heard of Lenny’s vendetta to get the best of his uncle each year on Halloween, and how each time it ended up with his uncle getting the best of him and whoever went with him.

“Yes,” Lenny said, “but this time I have the perfect idea to make sure we get him good.”

He looked around to make sure no one else was listening to us, and then carefully pulled out a piece of paper bearing a carefully detailed plan.

“This year we will have our sweet revenge,” Lenny said with a grin.

“Isn’t that what you said last year?” I asked.

“Yeah,” Lenny replied. “But last year’s plan was too complex. This year it will be quick and simple, and, with my forethought and preparation, we won’t be wandering through his mucky corral again.”

I knew I wouldn’t be able to join them. I had chores I had to do that would take me most of the evening, and then I would have to be back up early the next morning to do them again before school. My dad always said that the best way to keep a boy out of trouble was to have plenty of work for him to do, and, with 120 head of milking cows, I had plenty to do. How I despised those cows!

I told Lenny I would have to decline.

Halloween night came, and Lenny, Butch, and Buster made their way under cover of darkness to Lenny’s Uncle’s farm. They parked a short distance down the road and sneaked quietly into the farmyard. Their goal was the old barn. Lenny knew that his uncle had a barrel of tarry molasses near the barn. They planned to rig a trip string that would tip the barrel, engulfing any unsuspecting victim in a wave of stickiness.

They worked their way stealthily across the yard, carrying some heavy duty fish line and some blocks. Everything worked according to plan. They moved the barrel into position along the path through the yard. Lenny strung the fish line between a shed and the barrel. Butch and Buster tilted the barrel, and Lenny put some blocks under the edge so it tilted at an angle such that the slightest movement would pull it over. Lenny pulled the fish line tight and tied it to the barrel.

“That should do it,” Lenny said. “We’ll get him for sure this year.”

They all laughed quietly, and then Lenny led the way back across the yard. Just as they were about to pass the house, an outside light kicked on. Lenny froze, as did the others behind him. Suddenly, a figured jumped out of the house, dressed like an escaped demon, screeching a terrifying scream.

Lenny turned and crashed into Butch and Buster, who were scared so stiff they couldn’t even run. Lenny knocked them down, bringing life to their frozen limbs. They scrambled all over each other, and finally made it to their feet.

They ran fast and blindly in the dark, with Lenny in the lead. Lenny remembered the trip wire just in time and stopped, only to have Butch and Buster plow into him.

Back in church the next Sunday, I was surprised, or maybe not, to see Lenny, Butch, and Buster all come in with their heads shaved bald.

“What happened to the three of you?” I asked.

“Lenny and Halloween is what happened to us,” Butch grumbled. “Molasses doesn’t come out of hair.”

“Oh, quit your whining,” Lenny snapped. “Your hair will grow back.”

And that was one of the few times I was glad my dad had 120 cows for me to milk.

That is excellently funny. I'll not look at having to milk cows the same way again,