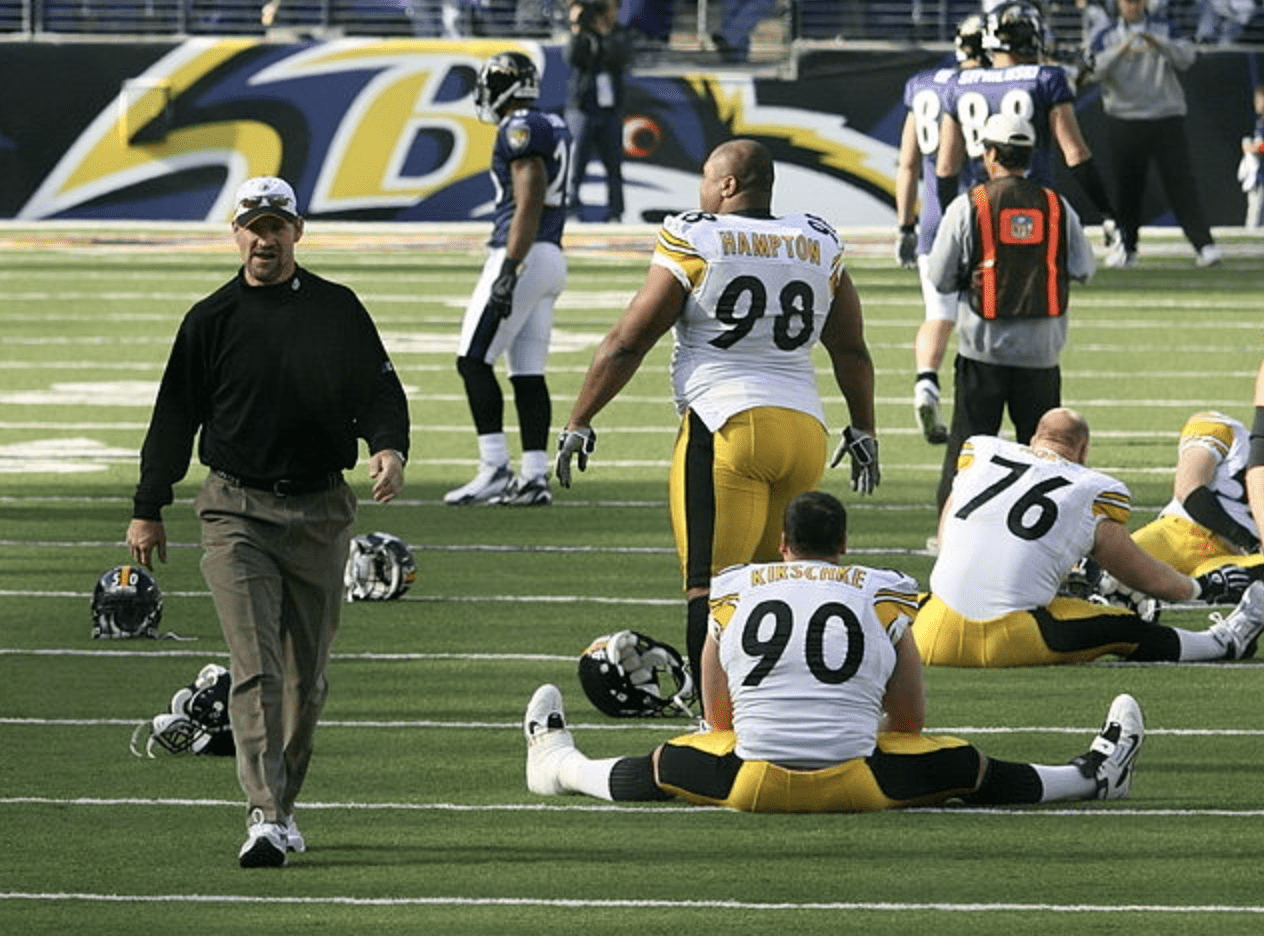 Coach Bill Cowher was the head coach of the Pittsburgh Steelers for 15 years—an almost unheard-of tenure in the modern era, where coaches are routinely fired after a season or two. He had not been a great player. He was signed as an undrafted free agent and played on special teams and the practice squad.

After Bill had played only two years in the NFL, Coach Marty Schottenheimer was appointed head coach for the Cleveland Browns. He had noticed Bill Cowher’s work ethic, toughness, and intelligence. So, he invited Bill to come aboard as one of his assistants. He asked him, “how much are you looking to make this year playing football?” Bill answered,” about $125,000.” Coach Schottenheimer said, “I’m offering you three times as much work for about a third of the pay.” Bill believed, however, that he had a better future in coaching than in playing—and he accepted the job. Later becoming head coach of the Pittsburgh Steelers was a dream come true for him. He was a Pittsburgh native and grew up cheering for the Steelers.

Fifteen years and two super bowl championships later, Bill Cowher walked away from a multi-million-dollar contract opportunity. By this time, he was already fabulously wealthy and successful. What he had done so far had already guaranteed him a place in the NFL Hall of Fame. But he didn’t walk away because of his own burnout. He walked away because his wife, Kaye, was sick and burned out and wanted more of him. She had been diagnosed with early onset Alzheimer’s disease. She wanted to enjoy time with her family while she still had the ability to.

Kaye had always supported Bill in his efforts to get to the top and they had an uncommonly close relationship together and with their daughters. One of Bill’s daughters has said he never missed one of their high school basketball games—which is remarkable given the fact that high school basketball was played during the NFL season when many coaches are working 16-hour days. Kaye had always been there for him and supported him. Now it was his turn. They moved to North Carolina, Kaye’s home state, where she had played college basketball. Shortly after Coach Cowher left the Pittsburgh Steelers, Kaye was diagnosed with a very serious and advanced case of melanoma. Three years later, Kaye succumbed to melanoma and passed away at age 54—a year younger than I am now. Bill found himself a mid-single adult with three daughters, grieving the loss of his devoted wife and best friend.

Some people believe wealth and fame compensate for such losses. I disagree. I think Coach Cowher’s grief for the loss of his wife was every bit as intense as the grief most of us experienced when we lost a spouse, either through divorce or death. (I am sure that having money gave him the space to grieve harder because he didn’t have to go right back to work, which is a two-edged sword.)

Later in the year of Kaye’s passing, Bill met Veronica Stigeler, a rock singer known as “Queen V” who knew nothing about football. He was still very much grieving Kaye. V had just experienced a painful divorce. They became friends and their friendship was healing for both of them. It took them a while, but they married about 4 years after Kaye’s death. They have been together dating and married for about 11 years. Bill’s daughters were initially surprised by his choice of a rock star as his companion. But they eventually warmed to her and speak openly about how lucky they are that she fit so well in their family.

Sometimes life takes us by surprise. I don’t think Coach Cowher would have expected to lose his beloved wife at such a young age. I doubt he expected to fall in love with a rock star and start life over in his fifties. I doubt he planned on moving to New York City to be with her, where he enjoys a level of anonymity that he could not have experienced in a smaller community.

The surprises life gives us can hurt us and astound us at the same time. As a mid-single, you have experienced either disappointment or grief or both together. I want to encourage you to stay open to the possibilities. Your life is not over. You have not lost the battle. You have not been forced to settle for less of a life than you could have. Instead, you have been given the opportunity to re-invent yourself with all the experience and wisdom life has given you so far. So, stay open to the possibilities. Watch for the little signs of grace in your life.

No matter how low you have sunk (and I sunk very low), you can begin with nothing but a dream and, day by day, go about rebuilding your life into something beautiful. With God’s help, you can do it. You will make it more beautiful than before.