A Challenging, Early Journey Home from Our Mission in Morocco | Meridian Magazine 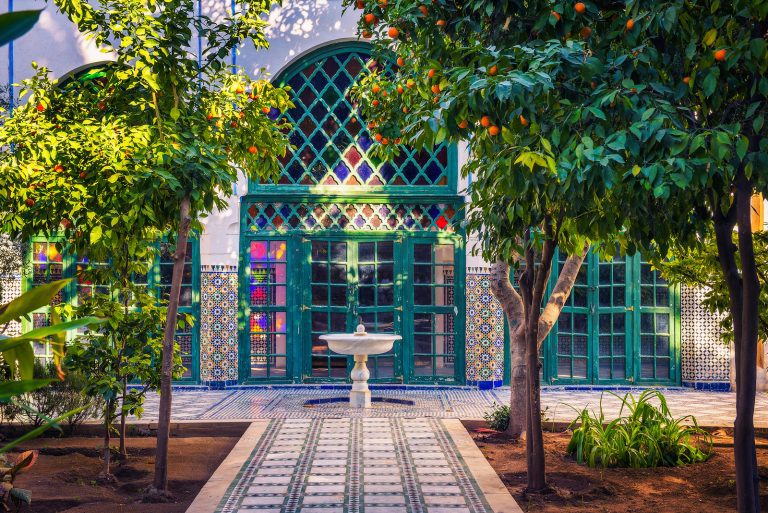 A Challenging, Early Journey Home from Our Mission in Morocco

The ticket counter at the Marrakech airport was a teeming mass of humanity—French, Germans, Swiss, Swedes, Canadians—all on a Moroccan holiday– and a couple of Latter-day Saint Charities-shirted token Americans—all jostling to board a plane and return to the safety of their own homes to ride out the Coronavirus pandemic.

Large anxious tour groups were seated on the floor propped up against their bags waiting for optimistic news about flights.  This crowd differed from other masses of people I’ve blended into.  A new wariness, self-imposed defensiveness.  Compared to the sterile quarantine in our own quarters in Rabat the previous week, this felt much like taking a bath in shark-infested waters.  Surely, amidst this was a virus—lurking, hungry for a host.  Breathe deeply, relax—but not TOO deeply!

Getting into Morocco fourteen months previously was much easier than getting out. Flights home via Istanbul, London, and directly from Casablanca to Atlanta had been booked and canceled due to sudden Moroccan travel bans.  We were leaving, we weren’t, yes, no, maybe, no.   Meanwhile, Moroccan police patrolled the streets of Rabat blasting disconcerting Arabic warnings of some sort.  The call to prayer still rang forth comfortingly predictable five times daily, but now Moroccans were banned from the mosque.

Amidst this emotional roulette the phone rang.  An agent from Cheapo Air “noticed that we’d been trying to book a flight”.  HOORAY FOR BIG BROTHER!!  These angels of mercy continued in our behalf, returned calls, worked their magic.  At ten that night we had a flight home, bags were hastily thrown together, trash cans emptied, gates locked, and by 6:30 the next morning we were schlepping large suitcases the five blocks in the dark to the train station for our four hour trip to Marrakech.

Ask any of the other thousands of missionaries whose experience carried many of these same elements, and I’m confident they will describe the experience as surreal.  The one event—going home—that should be filled with kisses and hugs (on both ends of the journey), posters and banners, balloons and backslaps, had now become sort of a hasty departure and a “sneak” into a vacated airport.  Homecomings once social and exuberant have been replaced by this new quieter “time out/quarantine”.

Personally, one day my companion and I were picking oranges from our tree in the bright Moroccan sun, and the next we find ourselves daily awakening to fresh snow in a typical madcap spring in southern Idaho.   Day after day.  What should have been very physical reunions with our grandkids morphed into a sort of sterile gathering across a driveway with some and then a zoom Bingo game with the rest later.

We greet our neighbors and ward members at a distance as they so graciously bring food and supplies to us and leave them in the driveway.  No one could ever have scripted this even a month ago.

Our two-week quarantine ends tonight at about midnight. We might take a moonlight joy ride in our borrowed Mustang generously at our disposal.  Or we might just sleep.  For now we have dodged the virus. We’ve settled into a routine of sorts, along with the rest of the world.  I seem to find comfort in rocking in my grandmother’s rocker knitting and listening to classical music.  My companion keeps the fire stoked and shops on-line for a vehicle.

By all Facebook accounts, others are filling the new reality with all manner of activities—emotions are stretched and then relax.  Comfort eating.  Puzzles.  Phone calls.  Facetime.  Cookies.  Lots of cookies.  Sort of like a snow day—a bonus day, but now it has become a bonus week or two or three, and it is imperative that we rise up out of it and find a way to call it blessed.

Thousands and thousands are now in the ranks of the army of retired/reassigned missionaries—missionaries whose time was shortened or interrupted or put on hold, brought down by an invisible virus.   In the long scheme of things, hopefully, missionaries affected will achieve closure and peace and will feel the presence of Him who knoweth all things.  We here have hit “pause” on our humanitarian efforts in Morocco.  We hope to return—“Inshallah”—God willing.

Oh how we are going to miss your articles from Morocco. Keep writing because your ability to paint pictures with words is straight from on high. We were given a choice here at the bottom of the world in the middle of nowhere (New Zealand) to stay on our mission or go home. Sister Foxx and I gratefully chose to stay. The Lord has another plan for both of you.

Enjoyed reading about your return from Morocco. Very reminiscent of my granddaughter’s return from Brazil. Glad you are able to relax and catch your breath and get reoriented to the unsettled spring here.