9/11 and the myth, reality and miracles of New York City missionaries | Meridian Magazine 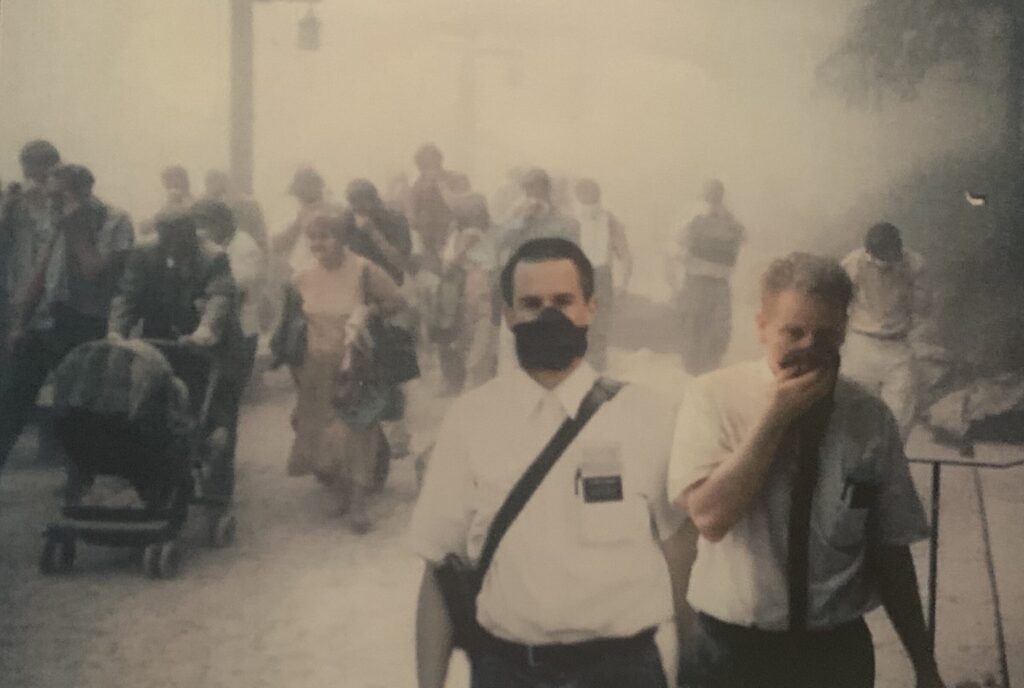 9/11 and the myth, reality and miracles of New York City missionaries

On Sept. 11, 2001, life changed dramatically in and around New York City following the 9/11 terrorist attacks — as it did for full-time missionaries of The Church of Jesus Christ of Latter-day Saints and their work there.

The leaders of the Church’s two New York City missions at the time witnessed divine preparations for, protections during and comforting after 9/11.

“The Lord knew what was happening, and He prepared for it,” said President G. Lawrence Spackman, who with his wife, Sister Flora E. Spackman, oversaw the New York New York South Mission in 2001.

And today, just as he told the Church News 20 years earlier, President Noel G. Stoker says missionaries then felt they were sent by the Lord to help in the time of crisis. “The Lord knew we needed to be here at this time,” he said in 2001, presiding over the New York New York North Mission with Sister Carol R. Stoker.

Today, both couples are service mission leaders — the Stokers in Fresno, California, and the Spackmans in Calgary, Alberta. With the hindsight of two decades, they continue to underscore the miracles and mercies against a backdrop of death and destruction — and discounting an oft-repeated rumor from 20 years ago.

Manhattan Island and the World Trade Center were in the North mission’s boundaries. But just like the massive clouds of smoke, dust and debris, the harrowing impact carried into the neighboring South and New Jersey Morristown missions.

“Only a million people actually live on the [Manhattan] island, but that many more go in every day to work,” President Spackman said.

Sept. 11 was supposed to be a transfer day for the New York New York North Mission — departing missionaries having breakfast and a testimony meeting in the mission home before leaving for the airport to return home, and new missionaries flying in to start their orientation and service.

But President Stoker had sent the 18 returning missionaries home a week early, thinking it helpful in their pursuing educational opportunities.