6 Apostles delivered messages to young adults in one day. Take a look at their counsel | Meridian Magazine 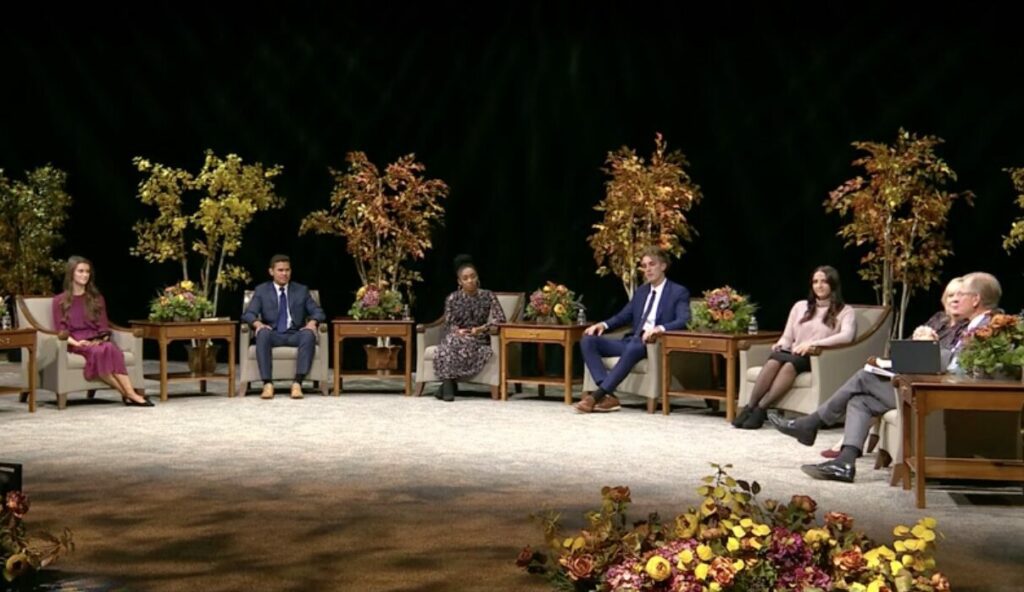 6 Apostles delivered messages to young adults in one day. Take a look at their counsel

The last time Elder Dieter F. Uchtdorf received a new mobile phone, the new gadget came with a link to a comprehensive manual detailing its many new features. However, it also came with a “quick start guide,” which included a few simple steps with lots of pictures that would allow him to start using the phone quickly.

“Which one do you think I opened up?” Elder Uchtdorf asked in his devotional broadcast.

Elder Uchtdorf and his wife, Sister Harriet Uchtdorf, spoke to young adults throughout the North America Northeast Area — which includes stakes from Ontario, Canada, to Indiana and Virginia to Quebec.

Elder Uchtdorf offered his young listeners his own “Quick Start Guide to Mortal Life” in hopes to foster within them a desire to seek out greater truths.

“Seek God, learn of Him, discern His voice and follow His way.”

This first step requires humility, Elder Uchtdorf said. “There is danger in the philosophy that whatever you think must be true. There is a difference between thoughts that come from your personal experience and that of the divine voice of God speaking through His Holy Spirit. It is the quest of a lifetime to know the difference. The human challenge is receiving revelation, yes, but just as importantly it is to discern and understand revelation.”

The two great commandments — to love God and to love one’s neighbor — are the primary objective of life, Elder Uchtdorf said, or “the center of the target you are aiming for.”

As individuals reach out to the poor — whether that means temporal, social, mental or spiritual poverty — and impart of time, talents, resources and love, they will receive rich blessings, Elder Uchtdorf said. “By helping, by serving, by loving, you also purify yourselves and retain a remission of your sins. As you open the windows of your own compassion towards others, the windows of heaven will open and shower you with God’s choicest blessings.”