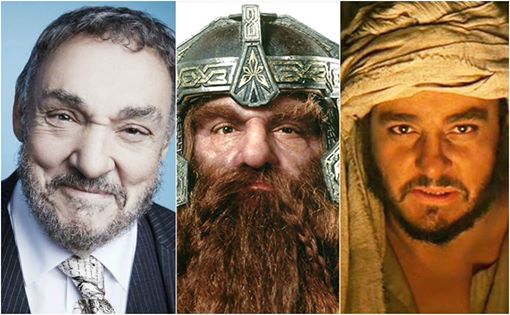 Recently I had the privilege of writing a feature article on BYUtv’s Thanksgiving special, Winter Thaw. The film premiered last week and will continue to play through the month of December on BYUtv. You can read that original article by clicking here. As part of my preparation for the piece, I had the opportunity to interview John Rhys Davies, who plays the principal character. You probably know him best as the grumpy but gallant dwarf Gimli from Lord of the Rings or as the trusted friend of Indiana Jones, who catches a piece of fruit in mid-air as it’s headed into Indy’s mouth and says the iconic line (oft-quoted in my family) “bad dates.”

John was a pleasure to speak with and quickly gave me everything I needed to write an article about Winter Thaw, and more. It’s the “and more” that’s brought me back to my computer to share with you now. Turns out, the man has all the warmth wisdom he seems to have in the movies and I want to share with you a little of what he shared with me.

So, without further ado, here are five life lessons I learned from a conversation with John Rhys Davies:

1. One Can Waste their Life Doing Sudoku

I happened to catch John doing an actual game of Sudoku, but when he made the statement later that one could waste their lives with such, I knew he meant that it could to apply to all kinds of distractions. I myself have a very healthy town full of Sims that I’m not proud of. Many of us, and certainly anyone with the time to read this article, don’t have to spend sixteen hours of every day just trying to put food on the table like those that came before us. Modern technology has eased

the way. “We are privileged” John said, but unfortunately that means we are vulnerable to being consumed by the mundane and apt to ignore the marvelous. We each have something more we could be developing within ourselves, and what time better than now to start?

2. There are No Problems, Only Solutions

I asked John if anything went wrong in the making of Winter Thaw; everyone loves to hear about the onscreen injury that was real or the onscreen scenery that had to be faked, but he said they didn’t face any problems. They only faced opportunities to come up with solutions. So, though he said it in relationship to filmmaking specifically, I’m making the executive decision to apply it to life in general.

When your life tells you, say, that it needs live zebras in the background of the next shot and you’re in Romania and you only have an hour to come up with something; you don’t sit around and moan about your problems. You go borrow some donkeys and paint them with stripes. (His example, not mine). Likewise, if in life you are presented with a seemingly impossible situation, it is an opportunity to stretch your creativity and learn your own hidden capabilities, not an opportunity to wallow.

3. Turn Every Morsel into a Feast

Winter Thaw is based on a Tolstoy short story and though John made it clear he would never want to spend significant time with Tolstoy himself, he is certainly a fan of his writing. Of particular note to him was a scene from War and Peace where the principal character Pierre, has been captured by the retreating French army. As he is in prison, he is given a bit of bread. He immediately begins to wolf it down, but a peasant next to him stops him. “Don’t do that”, the peasant says, “Taste it, chew it, make it last as long as you possibly can and then take another piece” [paraphrased]. This scene always stayed with John: “Bread is the staff of life,” he said, “Mak 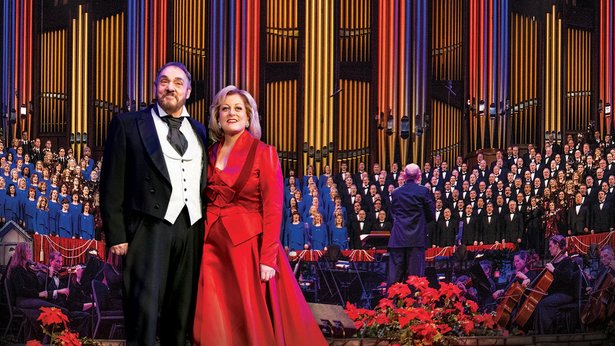 e every bite count. Turn every morsel into a feast…It is about turning simplicity into riches, turning poverty into a banquet, learning how to be generous. And through self-abnegation and generosity, you gain redemption.”

As a fairly newly married gal, I have mostly simplicity to work with right now, but I love the notion that I could turn it into riches, turn my (relative) poverty into a banquet. I love that ‘when all you’ve got is nothing, there’s a lot to go around’ [1] Learning how to truly value all that you have means that you’ll never find yourself wanting.

4. Mormons are a Strange Lot From the Outside

Ok, he did say that, but he finished it by saying “since you’re so kind to persevere with me, I’m more than happy to enjoy your company.” Though he said he’s not good enough to call himself a Christian (none of us are, John that’s why we need Jesus so much), he was quick to add that he deeply respects the Christian contribution to western civilization. He particularly noted that “one of the great glories of civilization” was the “abolition of slavery” which he said was entirely driven by Christians.“By and large, the world is a better place because of Christianity and if we lose it, the world will be a very dark place.”

And as for Mormons specifically he said, “Good for your community for taking life seriously.” He was particularly referring to the effort that was made in BYUtv’s production team for Winter Thaw and spending such resources on a story of faith. However, I think any group of people who come together once a week (or more) to learn and serve each other and recommit themselves to God and reassess how they could be better and daily entreat and trust the help of deity with things as small as finding one’s keys or knowing what to say to a sibling or praying that every meal can nourish and strengthen them—can rightfully consider themselves pretty serious. And it frankly felt good for someone outside of our strange lot to say “good for you” for being that way.

5. We are the Offspring of Heroes and Heroines 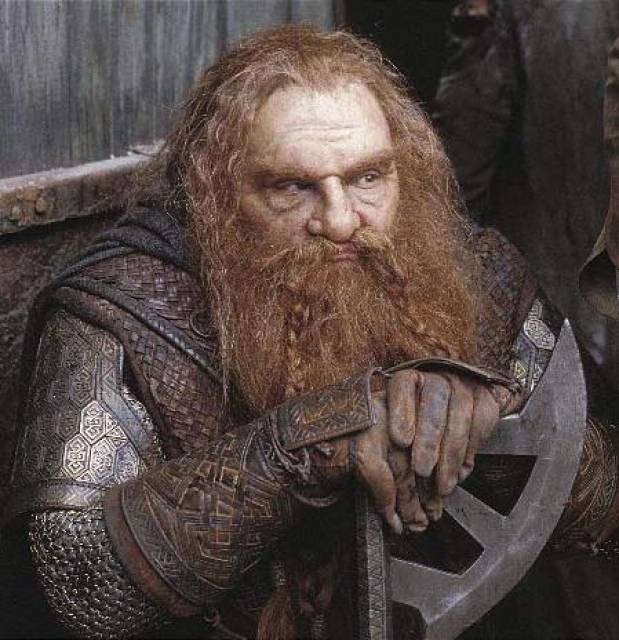 I was nervous to bring up the fact that I am an aspiring actress and filmmaker, because I didn’t want him to feel used in any way. I’m so consistently fearful of someone thinking I’m talking to them for my own benefit and not for my genuine interest in them, that I have seen countless well-known members of the entertainment industry in public places and never approached a one.

But it’s not often that you have John Rhys Davies voluntarily chatting with you, so I slipped in one last interview question: “What advice would give someone like me who is just starting to make their way in the industry?

He gave an lengthy and excellent answer, most of which I will save for myself (sorry). But one thing that can so easily be applied to every aspect of life, which made it too important not to share was this: “We are offspring of heroes and heroines and we should live every day in acknowledgment of that.” It doesn’t matter who you are, he explained, somewhere in your ancestry, a woman had to make great sacrifices and do whatever it took to keep a baby alive. By the fact that you are living and breathing today, descended from much more difficult times than now, you are the product of at least one brave, strong and capable someone and you might as well emulate that.

Even just a single conversation with John Rhys Davies made me want to use my time better, be solution-oriented, savor moments, be proud of who I am, and approach my life courageously. He was generous with his time and articulated well these lessons that each of us could probably use.

He’s famous for being a character actor, but it’s clear that he’s thought a lot about the other kind of character; the kind we are all trying to develop in ourselves.

And these five lessons aren’t a bad place to start.

[1] Through Heaven’s Eyes from the 1998 Motion Picture The Prince of Egypt. Performed by Brian Stokes Mitchell, written by Stephen Schwarz

Well written article. It is refreshing to see someone in the public arena who is a person of wisdom and grace.

I too enjoyed reading this. I do have one question: Is it possible to get this interview in an unabridged version? John Rhys Davies has had such an illustrious career and has gained much insight into the world around. It would be a great boon to actually read his words, as he spoke them.