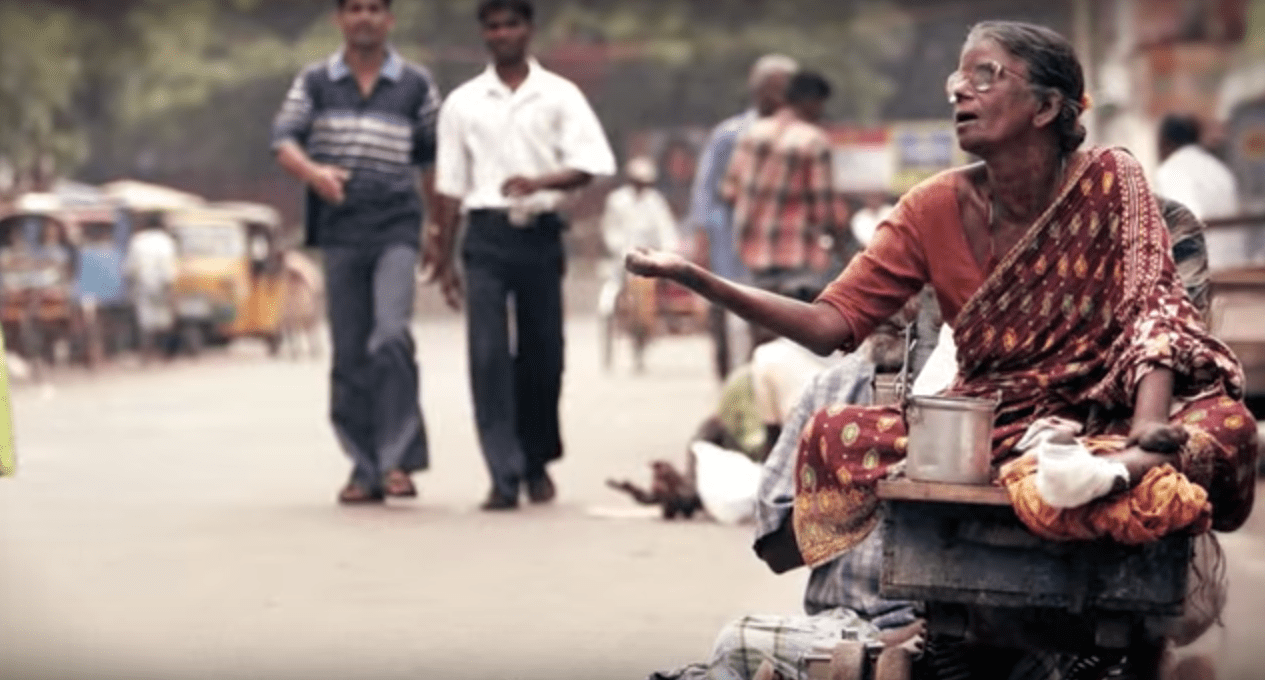 I’ve been given the remarkable opportunity to share with the readers of Meridian Magazine some of the lessons I’ve learned in India through our work there with the leprosy-affected, in the hopes that some of these lessons might also be applicable in your own lives. As I embarked on this pathway many years ago I had no idea of the spiritual insights that would await me through this work. Hopefully, through these articles I can share some principles that we at Rising Star Outreach have learned by working with these people who have for the most part, been forgotten by the rest of the world.

Ignorance and discrimination coupled to create an environment where Vijaya believed she was not only abandoned by family and society, but she was hated and cursed by God as well. In her society it was believed that the disfiguring disease that had come upon her as a teenager had now ravaged her body as a visual and living testament as to her past crimes against God. Vijaya had no memory of what had happened in any previous lives and could only guess what actions in her own childhood might have produced such a complete rejection by God.

Vijaya, disfigured by leprosy, was reduced to begging for a living. She was shunned by all, including her own family. None wanted to touch her or touch anything that she had touched. There was a superstition that even her shadow was defiling and would bring bad luck to anyone that it touched. She was completely rejected by her society. She sat forlornly every day in the streets, begging for mercy—just a few coins—enough to buy a little rice to keep her alive.

Vijaya had already lost her fingers, one by one, to this dreaded disease. Some were destroyed by infection, some had been eaten off by rats during her sleep. One of the insidious after-affects of leprosy is that it destroys the nervous system and leaves its victims with no feelings in their limbs and eyes. Without pain to protect them, the patients don’t know when their fingers or toes are being gnawed by a rat in the dark of the night.

Without the protection of pain it was also easy to injure themselves. Leprosy patients don’t know when they are walking on sharp rocks with their bare feet, or even on glass. Small injuries quickly fester in the humid heat of India and become raging infections.   Vijaya was unable to get any medical attention for her infections because since she was considered cursed, no doctor would treat her. She watched in horror as one finger after another became gangrenous and had to be cut off to save her life.

Sometimes the fingers just rotted off leaving an open wound, which in turn would fester. In this manner Vijaya had lost portions of her palms and was just left with stumps for hands.

Now one of her feet was affected. Vijaya had no money for shoes to protect her feet. She had noticed the small wound in her foot one night after a long day of begging. She had walked in the dark back to her leprosy colony. She must have stepped on a jagged piece of metal or a piece of cut glass in the dark. When she arrived home she noticed that one foot was leaving a bloody trail in the dirt.

Panicked, Vijaya tried to clean the wound, but in her colony there was only an unfiltered well. The water was further polluted by the fact that there were no bathrooms, so everyone was forced to defecate in the open. This seeped into the ground water and thus the colony members had only polluted water to drink and to cook with. In this case, as Vijaya tried to clean the wound in her foot she was actually contaminating it with all kinds of bacteria. She prayed for help but had a sinking feeling that her foot would become like her hands. Maybe God would hear her, maybe he would miraculously heal her this time. . . Hopelessness settled around her as she cradled her foot and wept.

Vijaya was horrified the next morning to see the wound swelling and turning an angry red color. Within a few more days the wound was hard and swollen. Feverishly Vijaya washed it with the water from the colony well.

Having heard from the other beggars on the street that there was an American charity, Rising Star Outreach, running a medical clinic to several leprosy colonies, Vijaya determined that she would have to get to one of those colonies. By now travel was excruciatingly painful as the foot had began to rot. Driven by desperation and sheer determination Vijaya managed to walk to one of the colonies rumored to be visited by the American clinic. She was so gratified when she saw the Rising Star Outreach medical van pull up. She had chosen the right day!

Vijaya was surprised to see about ten foreign volunteers get out of the van. They set out plastic chairs for the patients to sit in. Then the volunteers brought buckets of clean water, with soap for cleaning! Each patient sat in a chair and was assigned a volunteer to help clean their wounds.

Vijaya was very nervous when she saw a white-skinned person preparing to clean out the wound in her foot. Normally in India, the lighter colored the skin—the higher the caste of the person. Vijaya feared what might happen to her if she allowed a higher caste person to touch her. But as she looked at the other patients, they were having their wounds cleaned by these Americans. Both patients and volunteers seemed to be happy, smiling and laughing together. So she leaned back in her chair and hoped this would all be okay.

The volunteer was a young girl, certainly no more than eighteen-years-old, yet she seemed confident and knowledgeable. The cleaning was painful at some points as the rotting flesh was dug out, but Vijaya gritted her teeth. The volunteer worked as gently as possible. By the time the volunteer was done, the wound was clear of pus and rotting flesh.

The doctor came, examined the foot, and cut off the necrotic tissue so the wound would heal faster. He gave Vijaya some pills to take to bring the infection into check. She had feared that he would cut off her foot, but he assured her that her foot could heal if she would carefully follow his directions.

The American volunteer was smiling during this examination by the doctor. When the doctor moved on to the next patient Vijaya was overcome with gratitude and emotion. With tears streaming down her face she gave the Hindu salute to the young volunteer with her hands (as well as she could without fingers). Through her tears she said in Tamil, “You are like God to me. If my God were here, He would heal me and this is what you have done. I have no words to thank you!”

As Vijaya’s words were translated to the young American volunteer she also began to cry. She gave Vijaya a tender hug.

Both lives were clearly impacted by this tender interchange.

In the work we do in India with the leprosy-affected I have often thought of this woman’s words, You are like God to me. It is humbling indeed to those of us involved in this work to realize the sacredness of being the Hands of God in a person’s life.

All of us in this life have the opportunity to reach out with healing love to be the Hands of God. While most of us have no patients suffering from leprosy in our communities we have many suffering from loneliness, from sickness, from depression, from discouragement, from financial pressures, doubt, or from spiritual weariness.

To be like God to someone, we need only do what the Savior would do if He were here. We can encourage the discouraged, we can bring love and companionship, friendship and healing into wounded hearts. While none of us has any pretensions of being like God, we can certainly follow His example and do what His hands would do.

To learn more about Rising Star Outreach or find out how you can help, click here.

This story is so heart breaking and inspiring. Thank you for being Gods out stretched hand in India and for your organization

God bless you, Becky, for the good work you are doing, and for sharing these insights with us. I can't imagine the hope and joy you and the other volunteers are bringing to the lives of these people, and being uplifted yourselves in the process.