With Liberty for All: The Religious Liberty Task Force | Meridian Magazine 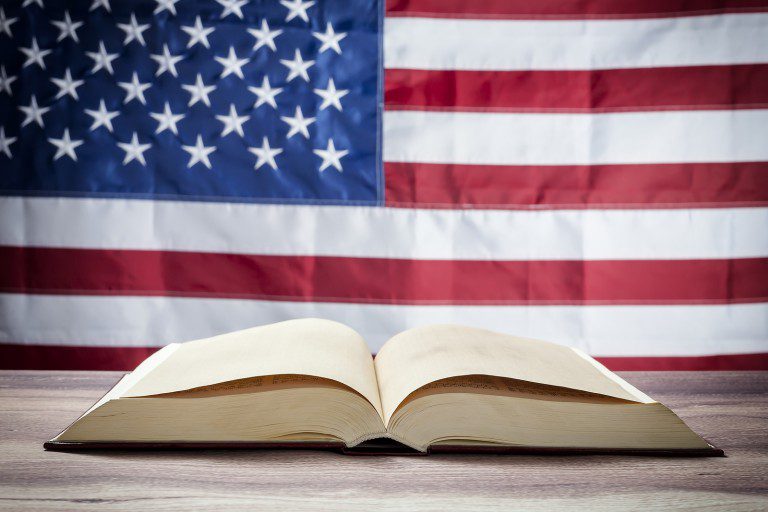 With Liberty for All: The Religious Liberty Task Force

These are all principles that are highly valued in this day and age, particularly by millennials. And yet it seems that tolerance, liberty, and acceptance are accorded to only select groups of people. In fighting for equality and freedom for people of different races, genders, and sexual orientations, one important factor is increasingly overlooked: religion.

While the government should protect people from discrimination, the First Amendment also protects the freedom to live according to your religious beliefs. We’ve seen this battled out in various court cases, including the recent Masterpiece Cake Shop case. Thankfully, the Justice Department has just created a religious liberty task force in order to make sure that people really do get that promised freedom of religion.

Attorney General Jeff Sessions explained why the task force was put in place: “A dangerous movement, undetected by many, is now challenging and eroding our great tradition of religious freedom.”

In comparison with many nations in the world, the United States enjoys a remarkable amount of religious liberty. But as our country becomes more and more progressive, those who hold traditional religious values are becoming more and more ostracized. One study found that attacks on religious liberty have increased by 133% in the last 5 years!

So with increasing attacks on our First Amendment right, this new task force looks like a win for religious liberty. But what exactly will it do to protect for our religious rights?

What will it actually do?

Here are just a few of the principles:

These principles will help protect religious institutions in addition to protecting individuals who are trying to live what they believe. It may help organizations keep their tax-exempt status or protect individuals whose businesses are under attack. As one Deseret News editorial states, this religious liberty task force is “the most positive development in religious freedom since 1998.”

What about the critics?

While many Christians are excited about this task force, some, including LGBTQ+ activists, have criticized it. They worry that this will protect religious liberty at the cost of the LGBTQ+ community.

So is this task force simply masking discrimination under the guise of religious liberty? That will in part depend on how the memorandum is enforced. However, the document itself doesn’t make individuals or organizations exempt from following anti-discrimination laws.

Not Protecting All Faiths

In addition to concerns about discrimination, some are concerned that the task force will only protect Christians. Once again, the document itself doesn’t have any language that suggests it applies only to Christians. In recent years some politicians have negatively singled out the followers of Islam. For that reason, we must insist that the religious liberty task force will fairly apply the memorandum to all faiths.

In our personal fight for religious liberty, we can make sure that we’re really advocating for liberty for all — not just for Christians. Religious leader Joseph Smith stated,

The religious liberty task force is a great step at the governmental level in protecting our religious freedom, but how are you doing to make sure that you are defending liberty for all? Here are a few ideas.

George Washington called religion an “indispensable support” to human happiness and warned of the harm that would come to our society if it were ever driven from the public square. The responsibility is ours to protect and defend our right to live our lives in accordance with our most deeply held religious beliefs.

Elizabeth Warner graduated from BYU-Idaho with a bachelor’s degree in marriage and family studies. Her favorite thing is being a wife and mother, but she also enjoys writing about the family, exercising, and experimenting with vegetarian recipes.