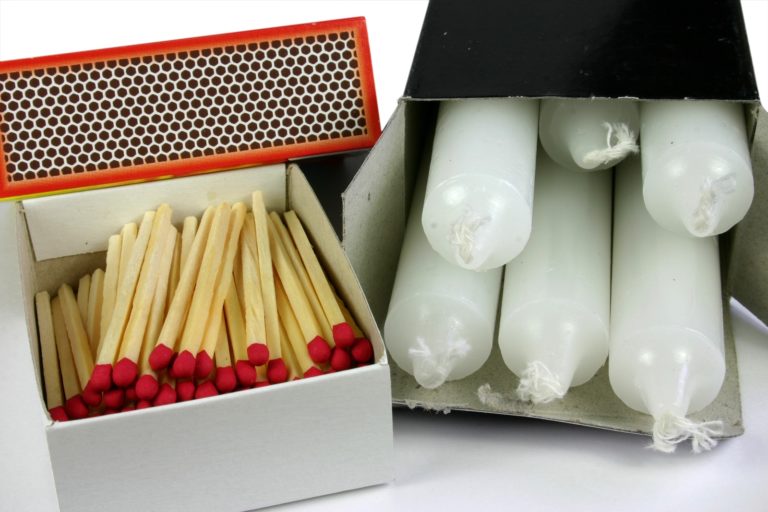 What People Wished They Had Prepared When California Blacked Out

The phone calls, texts and news alerts became routine as utility companies in California turned off power to the lines carrying electricity to millions of people the last few weeks. Since Last year’s fires and especially the Camp Fire in Paradise California, it has become evident power lines were to blame for several fires. To try to avoid a repeat of last year’s devastation, power companies determined transmissions would be terminated when high wind conditions existed to help curtail a repeat of that horrendous season.

Their theory seems to have worked as over 500,000 homes and businesses went dark October 9th with additional outages on October 10th. Following the high winds and before reenergizing the lines, crews were sent out to discover and report damage. Over 100 instances of downed lines, downed trees damaging lines and other damage, all of which may have caused a fire, were detected. Utility companies throughout the country are now considering the same action when dangerous conditions exist.

I have spent time this week speaking with some who were affected by the fire in Simi Valley California to document what they learned and what advice they have for the rest of us.

Monday October 28th, areas of Simi Valley awoke to darkness as their power had been turned off at 5 am. The power was restored later that day at 5 pm.

Tuesday, extreme red flag warnings were issued and everyone was told the power would be switched off again Wednesday with no commitment as to when it would be restored.

Wednesday morning, the power was once again turned off. The winds were horrendous and a fire started near the Ronald Reagan Library closing interstate 23. This fire was not caused by faulty practices of a utility company but was rather man-made.

I asked two girls ages 14 and 15 to describe what they personally experienced. They were with their dad for the week:

Due to the high winds and lack of power, school was closed Wednesday thru Friday. I asked:

What did you do?

“We did homework, a 500-piece puzzle, carved pumpkins, played games, the first day because we had no generator and our internet provider was also down, so we couldn’t get any internet.”

“After we got a generator Thursday, we watched shows we had downloaded and also watched DVDs.”

You didn’t have a generator?

“No, we went to Costco in another town but they didn’t have any so we went to a Home Depot and nothing there, we then drove 45 minutes from home until we found a store with a generator.”

What did you do for cooking?

How did you stay warm at night?

One sister said, “lots of socks”. They agreed: “lots of blankets, sweaters and coats and lots of hot cocoa.” They had no fireplace so that was not an option.

What was your biggest problem or concern?

“Insulin, I am T1D and insulin has to be kept cold. My parents took my insulin to work and put it in the fridge there. They had power at work. We also threw away food even though we had turned down the temperature in the refrigerator. The generator wasn’t enough to save the food by the time we got one.”

“The other thing that wasn’t fun was that we had no hot water so we had to go to mom’s house to take a shower.”

What about your friends? What was their experience?

“One friend said she didn’t have a way to keep her food safe but she chose not to bring it over to put in our mom’s fridge since mom had a generator so her food was fine. Another friend’s family could not charge their phone because they didn’t have a car charger.”

What did you do for lighting?

“We had flashlights, a lantern, and candles and we even used our Jack-o-Lanterns. We needed glow sticks or battery candles though because the bathroom does not have windows and it was black in there.”

What did you do before the power outage since you knew it was coming?

“We turned down the temperature in the fridge and did the dishes and laundry.”

What would you recommend to others?

“Always have glow sticks or battery candles so you can have light in the middle of the night in the bathroom. Always have a car charger for your phone. Don’t wait to buy a generator. Have a battery radio or keep your phone charged so you can listen to the news.”

Next I talked to their mom to see what was different for her or what she would recommend.

What was your biggest problem or concern?

“Insulin. Before the outage I froze several blue ice and other ice packs so I could always have frozen ones to place in a cooler with the insulin. Since the generator kept the freezer items frozen, I could rotate the ice packs and always have firmly frozen ones available”.

What did you do to prepare?

“I turned on the gas fireplace to get the family room warm and gathered blankets so I could sleep near the fire. I also did all the laundry and dishes, got out the battery-operated radio to keep up on alerts, gathered the flashlights and lanterns and charged my phone. In addition, I took all the food from my inside freezer and moved it to the freezer in the garage to pack it full knowing a full freezer keeps food safe longer.”

“I was surprised to see all the stores and restaurants dark and closed except the Dollar Store. They had a sign in front “Cash Only”.”

I found out a few more interesting things from another mom I interviewed:

What did you do to prepare ahead of the power shutdown?

“We were out of town so we weren’t here to prepare. We are campers so we had lots of things because of that. Everyone has their own flashlight, we have ways to cook and lighting options. I didn’t really do it for the outage but our freezer is always packed so even after 2 days the ice cubes were still frozen.”

What did you do for meals?

“I was glad we had pancake mix and soup mixes that just needed water added so we could have fast but healthy meals and not just crackers. We have a gas stove so cooking was not a problem. We also have a gas water heater which meant we always had hot water. We have been thinking of installing an instant hot water heater but after this if it doesn’t operate with gas we won’t do it.”

What about food safety?

“We threw away food because we don’t have a generator and I didn’t think to get ice to put food in an ice chest.”

What did you do to keep busy?

“We knew the church had power so some of us went there and played Volleyball with the kids, charged our devices and watched DVDs since the internet providers were all down and we couldn’t watch movies on devices. The second day the kids were distracted with Halloween preparations but I couldn’t finish costumes with no sewing machine or glue gun. I did a lot of hand stitching and gluing with glue that took much too long to dry.”

Advice I received and lessons learned by these power outage survivors:

Remember all these families had been warned and had time to prepare. Many did not. Most power outages do not announce themselves with limited exceptions such as a hurricane, blizzard or nor’easter. Most often we are taken off guard and when an outage hits it is too late. The huge advantage the residents of Simi Valley had was the warm weather. Although nights were nippy there was no chance anyone would die due to the lack of heat in their home.

Why do we wait? Why did so many who were warned their power would be out for up to 6 days not prepare? Are you one of the ones who is a foolish virgin where preparing is concerned? What are you waiting for?

Join Carolyn on her TotallyReady Facebook page: https://www.facebook.com/TotallyReady/ or Website at: https://www.totallyready.com/  Let her know what your self-reliance concerns and questions are.