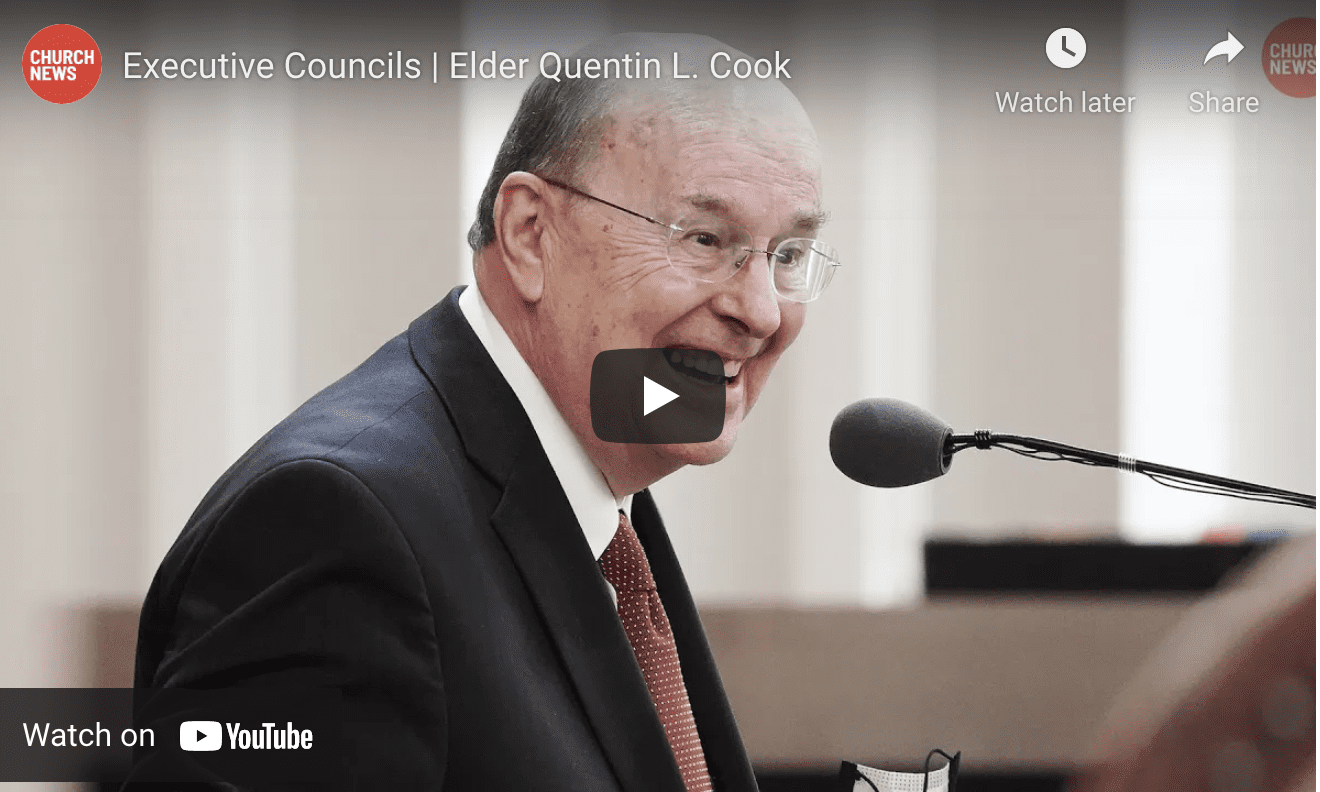 VIDEO: Elder Cook explains the roles of 3 of the Church’s executive councils

“The significance of that is that the Church is organized with three executive councils that are based on those three keys that were restored in the 110th section [of the Doctrine and Covenants],” said Elder Quentin L. Cook of the Quorum of the Twelve Apostles.

Elder Cook — who was interviewed as part of the Church News Inside Church Headquarters series — is featured in a new Church News video titled “Executive Councils.”