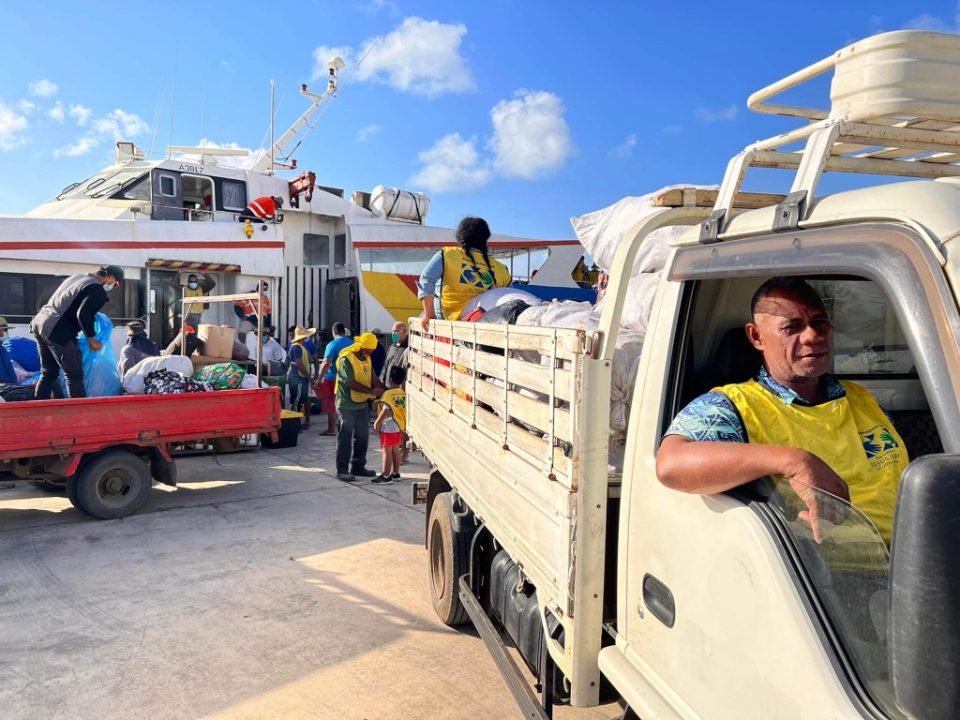 Church members from congregations on the main island of Tongatapu were asked to donate whatever they could to help families in the Ha’apai area, which was heavily damaged in the tsunami on 15 January.

Because communication was non-existent with the outer islands for a few days, Church leader Elder Inoke Kupu learned of the extremely dire circumstances in Ha’apai only as communication improved and after a Tongan Navy vessel visited there.

He asked the 15 stakes (Latter-day Saint groups of congregations) to act immediately to gather supplies for the people of Ha’apai.

Members responded quickly, donating clothing, bedding, food and even their crops, to help the people there. “It is the Tongan way,” said Elder Ardern of the Pacific Area Presidency.

The Church, through their Humanitarian Fund, contributed to the hiring of a ship, the Maui, to take the supplies.

Trucks went through the streets of each stake collecting donations from members and then delivered them to the wharf where other volunteers loaded them onto the Maui.

Two volunteers from each stake helped load the boat, and then were asked to go on the ship to travel to Ha’apai to help unload the supplies there.