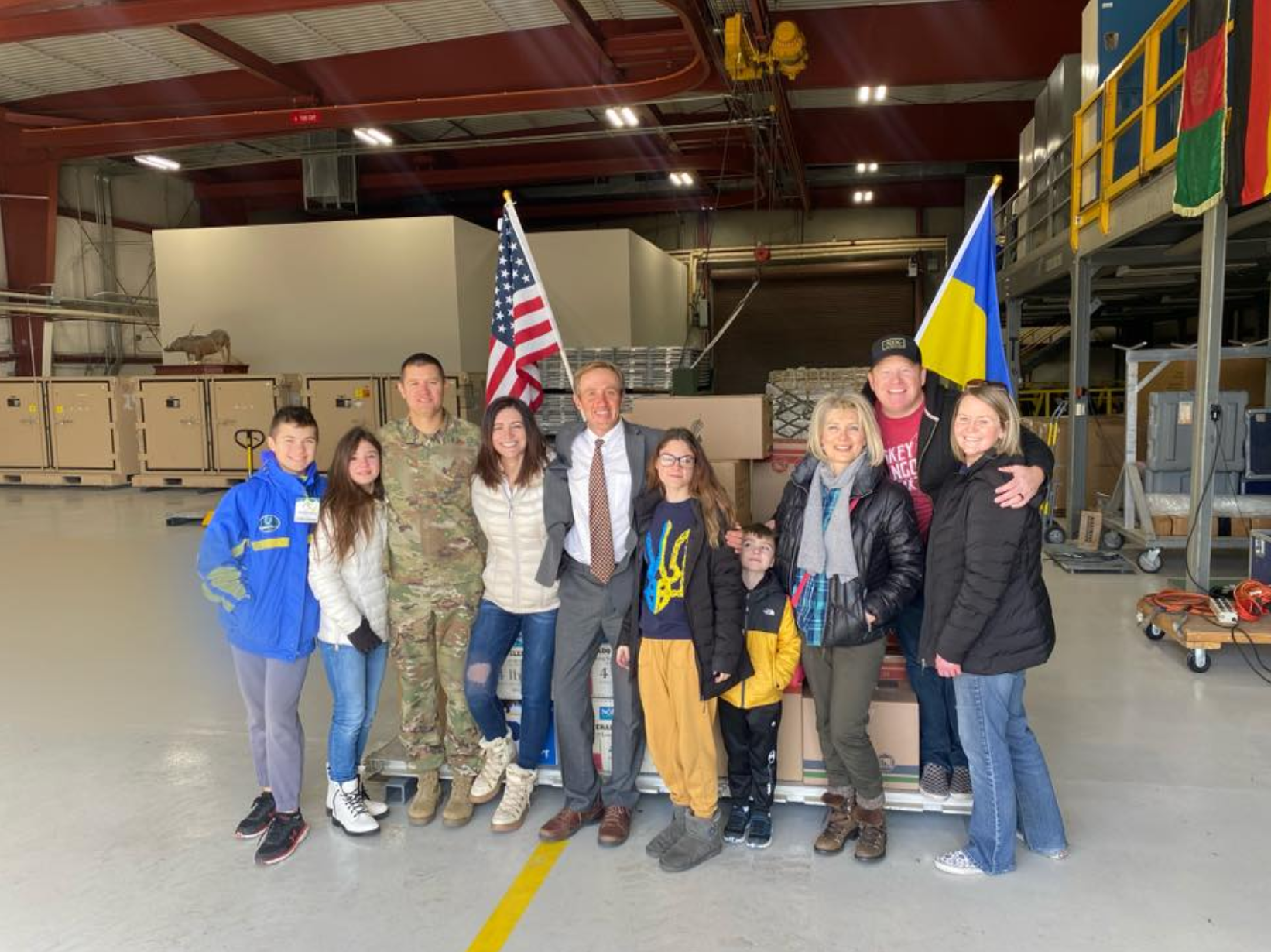 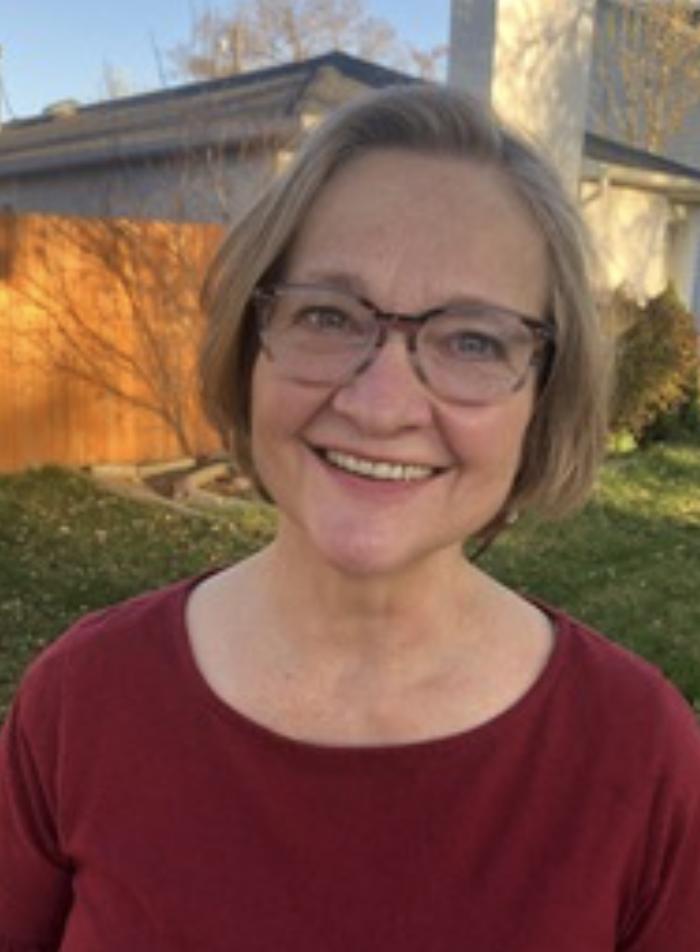 A Utah couple who both served as missionaries for The Church of Jesus Christ of Latter-day Saints in Ukraine and Russia are part of a lightning-speed effort that in less than one week has been able to get more than $70,000 of medical supplies, drones and other vital relief resources across one of Ukraine’s western borders and into Ukraine. And they’re working to continue the flow of donated goods.

“Saying that we’ve been overwhelmed by the incredible response from our friends and total strangers would be a huge understatement,” said Highland resident Kim Shelton. “My husband Jason and I and our many Ukrainian friends felt absolutely desperate to help the people being bombarded in the very cities where I served on my mission. We reached out to my Ukrainian-born friend Svitlana Tolmachova Miller, who was also doing everything she could to help with this horrific situation, and we were stunned to learn that she had just received approval to add up to 2,000 pounds of relief items to a plane that was leaving Salt Lake City for Europe the next day. To top that miracle, Svitlana’s friends Masha and Max, who are business owners living not far from Kyiv, were able to arrange rapid transport to get the goods in the hands of Ukrainians in desperate need in and near the capital of Ukraine.”

Miller had contacted her friends living in Ukraine and asked what items their brothers and fathers needed to give them the best chance of survival as they worked to resist the invading Russian army. High on the list were bandages and blood clotting agents, instant ice packs, knee guards, pain relievers like ibuprofen and Tylenol, and drones (used to identify the movement of Russian troops, as well as to identify the wounded people in buildings after attacks and explosions).

Shelton made a Facebook post Saturday, February 26, two days after the full-scale invasion of Ukraine. People private-messaged her for the location to drop off supplies they would buy, and inquiries started pouring in from individuals who wanted to make cash donations as well. Less than 24 hours later, more than $36,000 of drones, combined with at least $29,000 in relief supplies were on a plane on their way to Ukraine via Germany. Miller’s husband, Darin Miller – a nuclear engineer at the Idaho National Laboratory – personally accompanied the goods on the flight and then helped transport them to Ukraine.

What Fathers and Brothers on the Ground Are Saying

“Our initial call for donations was for relief targeted specifically to help Ukrainian brothers and fathers who suddenly found themselves serving as soldiers,” said Kim’s husband, Jason Shelton, who has personal experience serving in the U.S. military. “We originally thought we would only have a small truck to receive those supplies on the ground. But, amazingly, once Darin landed in Germany, he was able to get access to a semi-truck. He immediately set off on a focused, mad-dash shopping spree to spend the additional $5,000 in cash donations we had received for general humanitarian relief.” Photos posted on Facebook show him using the donated funds to purchase diapers, baby formula, toothbrushes, canned goods and basics like flour, rice and packaged salamis.

Ukrainian-born Miller was quoted in a February 28 article in the East Idaho News: “I sent a message to the boys that are fighting and they said, ‘We are passing the pictures around of the drones and people coming in to donate and none of us could stop crying. We were so blown away that people across the ocean would do this for us. Just to see these pictures kept us going.’” She continued, “These drones have saved more lives than any bulletproof vest or weapon because they scout out the enemy and are able to see them coming.”

How They’re Getting Supplies into the Country.

So what comes next? People are asking for more ways to help.

Miller, who lives in Idaho Falls and for many years has run a business that helps Ukrainian students come to the United States for college, has in just the past few days worked with her attorney to set up the website ToUkraineWithLove.org, backed by a 501(c)3 nonprofit called Stand With Ukraine. Monetary donations are being accepted at ToUkraineWithLove.org, and 100% of the funds will be used for getting relief supplies into individuals’ hands. By the end of March, another shipment will be sent out.

On the ToUkraineWithLove.org website, people can specify whether they want their donations to go toward medical supplies and drones that help identify aggressors and also locate injured Ukrainians, to general humanitarian relief for Ukraine’s families, or both. “Because our supplies were dropped off so quickly and are already reaching Ukrainians in need, the Ukrainian government has made an exception that will allow us to maximize the flow of donated goods into the country through what’s called a green corridor – an area designated to allow for evacuations and for transportation of food and medicines,” Jason Shelton said.

The process goes like this: Svitlana’s Ukrainian Latter-day-Saint friends Max and Masha (last names omitted to maintain security) own several grocery stores. They warehouse their goods right near Ukraine’s western border. Since they so effectively distributed the first load of ToUkraineWithLove.org supplies in Kyiv, Max’s & Masha’s business has been granted a rare exception by the Ukrainian government. “Not only is the Ukrainian government allowing their truck drivers to cross the border freely, but border officials have been instructed to move Max’s & Masha’s trucks to the front of the line when they arrive,” said Jason Shelton. “Our aim is to also drop subsequent loads into hubs in other major cities where Max & Masha already have established relationships. In essence the Ukrainian government is saying, ‘We’ll risk that your drivers will leave this country and that they’ll choose to come back.’ And so far all the drivers have, though it could be tempting for them to stay on the other side and ignore the directive for all Ukrainian men ages 18 to 60 to remain and protect their country.”

Time Is of the Essence

“I really hope people can catch the vision here,” Kim Shelton said. “This effort is a classic case of things falling into place at unprecedented speeds.”

Miller’s attorney, Michael J. Payne of Mesa, Arizona, was able to expedite the organization’s paperwork due to the exigent circumstances resulting from Russia’s invasion of Ukraine. Stand With Ukraine (EIN 88-0982973) – doing business as ToUkraineWithLove.org – has been formed as an Idaho unincorporated nonprofit association (ID file number 4627561) and is currently in good standing with the state of Idaho. The nonprofit has met all of the statutory requirements to qualify as a tax-exempt organization with public charity status under IRC Sections 501(c) and 170(b)(1)(A)(vi), according to Payne. (Stand With Ukraine is doing business as ToUkraineWithLove.org because the domain name Stand With Ukraine is owned by someone else.)

“I asked Svitlana what her biggest concern is right now,” Shelton said. “Her biggest fear is that people will become accustomed to the sad news and forget to take action. She understands how easy it is for that to happen. Apparently people in her hometown in Ukraine were really freaking out for the first few days when the sirens went off. Now that siren alerts have become a normal thing, people are adapting and choosing to not get as worked up,” she added. “We’re hoping that people here in the U.S. won’t let that familiar call of ‘it’s time to stand up and help’ start sounding unimportant and be ignored.”

What Makes This Effort Stand Out

What makes ToUkraineWithLove.org different? “It’s that we’re able to help people have a personal connection to the people of Ukraine,” according to Shelton. “This is a collaboration of friends helping friends who deliver vital relief to individuals and families in specific communities within Ukraine. We aim to create a personal connection. We want everyday people who donate to see who actually receives what they’ve contributed,” she said. “People want to know, did our donation make it there? Did it really help anyone? We’re eager to post pictures of real Ukrainians holding the goods all these generous donors have sent. We’re hoping this will help people spread the word so the relief efforts can keep growing.”

Four Things Individuals and Families Can Do Now to Help Ukraine

Shelton says these are four ways individuals can help now:

Two Things Companies Can Do Now to Help Ukraine

“The trauma is so real,” Shelton says. She continues to regularly text and exchange Facebook messages with friends in Ukraine. “One of my former missionary companions, Olya, had to go into hiding underground with her family, wrapped in blankets in freezing conditions. Valya, one of the many students Svitlana helped to get an education here at UVU, gave birth to her first child just this last week after the invasion, and we were terrified when we didn’t hear from her for days. Masha’s & Max’s daughter went with their grandma to the border and, within only a few hours after they left on an evacuation train, the very place where she had been staying was bombed. Any and every bit of help we can provide is so appreciated.”

This is a screenshot sent via Facebook to friends in the U.S. by Anton Piddubni, a young Ukrainian who lived in Utah until the summer of 2021. The message, dated February 25, 2022, says, “I don’t know what awaits us today. Thank God for this night. Melissa is sleeping next to a young woman who is 40 weeks pregnant. Tears can’t be held back.” The young woman pictured on the left is Anton’s wife Valya, trying to sleep while hiding in an underground shelter in the city of Belaya Tserkov immediately after the Russian invasion of Ukraine at the end of February 2022. Valya came to Utah as part of an exchange program organized by ToUkraineWithLove.org’s Svitlana Miller and met her Ukrainian husband here while attending Utah Valley University. Valya gave birth to a baby girl, Yevgenia, in the chaos that engulfed Ukraine March 3. Anton’s Facebook message above this and other images he posted said: “Please share these pictures and videos so that the rest of the world sees what happens here and how my family and pregnant wife is dealing with all of this.” To get involved in Ukrainian relief efforts, visit ToUkraineWithLove.org.

Heroic work, Millers, Sheltons, Max and Masha. What a Providential sequence of connections! Thanks to Lisa Badger and Meridian Magazine for getting the word out with such specific info. about we can help. Bravo! 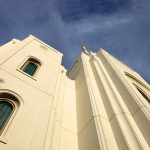