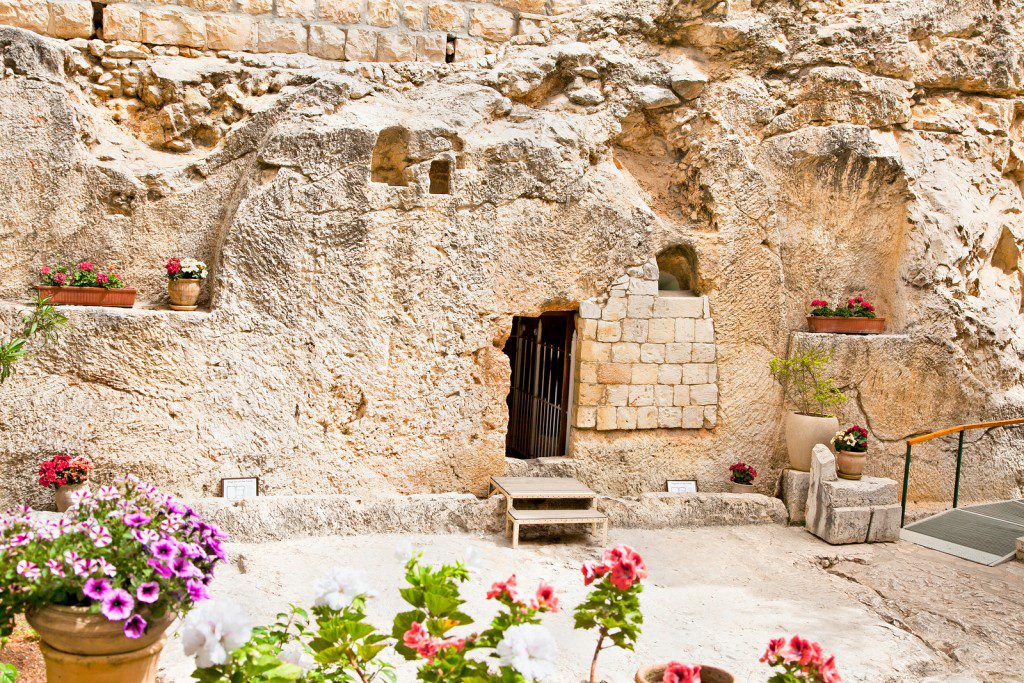 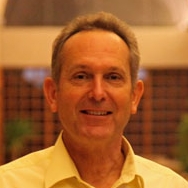 The Real Day of Jesus’ Death

An LDS archaeologist has come to a different opinion from what is traditionally held for the day of Jesus’ death. Here’s why.

For an alternative point of view see “The Restoration of Priesthood Keys on Easter 1836 Part One https://www.lds.org/ensign/1985/06/the-restoration-of-priesthood-keys-on-easter-1836-part-1-dating-the-first-easter?lang=eng and Part 2. https://www.lds.org/ensign/1985/07/the-restoration-of-priesthood-keys-on-easter-1836-part-2-symbolism-of-passover-and-of-elijahs-return?lang=eng

The Easter season is here, and with it we remember the atonement of Jesus Christ, his crucifixion, and his resurrection. The New Testament is explicit in reporting his resurrection on the first day of the week, which we call Sunday. But it comes as a surprise for many to learn that the tradition of Friday as the day of the crucifixion is not supported in the scriptures. Rather, the clues in both the New Testament and the Book of Mormon point to Thursday as the day of the week when Jesus was crucified.

Dozens of these clues were explored in a recently published academic article I prepared, which appeared in the most recent number of BYU Studies Quarterly (December 2015). In that article it is demonstrated that Jesus was executed on the fifth day of the week, which we call Thursday. This occurred in the year AD 30 (rather than AD 33, as some LDS sources often maintain). Moreover, the calendar date of that Thursday was April 6 in the Julian calendar in Roman use at the time. For those interested in examining all of the evidence in the 57 page article, a link will appear below. Right now, I’ll just rehearse a few of the main points.

In all four of the New Testament gospels, there is only one actual report of the period of time that passed between Jesus’ death and his resurrection. There are, to be sure, a dozen references that mention the three days his body would lie in the tomb of Joseph of Arimathea. But eleven of those are predictions, made before the events of Jesus’ execution took place. And the wording in them may seem ambiguous, since some say “the third day” was when Jesus would rise from the tomb (example Matthew 16:21), while others say “after three days” (example Mark 8:31).

The only after-the-fact report of the time elapsed between the crucifixion and the resurrection is found in Luke 24:20-21, in the account of the two disciples conversing with the risen Lord on the road from Jerusalem to Emmaus. In that conversation, which occurred in the afternoon of the Sunday Jesus had risen, the disciple Cleopas explained to the stranger walking with them (whom they did not realize was the Savior) that Jesus had been delivered by the chief priests and was crucified. Then Cleopas said “today is the third day since these things were done.” The timing is specific: Sunday was the third day since Jesus had been killed, which means Saturday had been the second day since the execution, and Friday was the first day since the event – clearly indicating that Thursday was the day on which the crucifixion occurred!

This single but specific report in Luke 24 leaves no doubt about the timing of the events. And since it employs the phrase “the third day” it is quite likely that the several predictive statements in the four gospels which also mention “the third day” are to be understood in the same fashion – Jesus rose on the third day since (meaning the third day after) his execution.

A very singular prediction made by Jesus is found in his famous “sign of the prophet Jonas,” found in Matthew 12:39-40. Foretelling his death and resurrection, Jesus declared: “so shall the Son of man be three days and three nights in the heart of the earth.” Significant here is that not only are three days mentioned, but three nights as well, in which he would be in the tomb. The traditional model of Friday for the crucifixion only allows for Jesus to have been in the tomb on Friday night and Saturday night. But understanding that the crucifixion really occurred on Thursday means that Jesus did indeed lay for three nights in the tomb – Thursday night, Friday night, and Saturday night – before his resurrection early on Sunday morning.

Many have wondered how Jesus can have been killed on a Thursday, when the four gospels indicate that the day after he died was a Sabbath. Since the Jewish Sabbath is Saturday, does not this mean that Jesus must have died on a Friday? The answer to this simply No. While such logic was clearly assumed by traditional Christianity, which has commemorated Friday as the day of Jesus’ death for 1800 years, those who so reasoned failed to take into account that Jesus died on the eve of Passover, and that Passover is a Festival Sabbath. No matter what day of the week Passover falls upon, it is considered a Sabbath day.

There were two types of Sabbaths in Jewish practice – the regular Saturday Sabbath, and the Festival Sabbath that could fall any day of the week. The Festival Sabbath even has a special name in Hebrew – it is called a Yom Tov, literally a “Good Day.” In my BYU Studies Quarterly article I demonstrate how the Gospel of John identified the Festival Sabbath which followed Jesus’ crucifixion. John 19:31states: “for that sabbath was an high day” – the Greek term megalē hē hēmera, literally meaning “a great day,” seems to have been John’s way of expressing the Hebrew term Yom Tov in the Greek text of his gospel account.

In the BYU Studies Quarterly article it is also demonstrated that in the year AD 30 the Yom Tov “high day” of Passover fell on a Friday. Hence, the day of Jesus’ crucifixion has to have been a Thursday, the day before that Festival Sabbath. The historical and astronomical calculations which allow us to fix the day and date of Passover in different years during Jesus’ lifetime are too detailed to relate here, and readers are invited to link to the article for information. The article is entitled “Dating the Death of Jesus Christ” (BYU Studies Quarterly 54:4, 2015) and may be accessed at https://byustudies.byu.edu/content/dating-death-jesus-christ It also explains why AD 30 must be the year of Jesus’ death (rather than AD 33), based on the known lifespan of Jesus, which the Book of Mormon reports was 33 years, and the latest possible date Jesus can have been born, which was the winter of 5/4 BC. For more information on this, readers may also link to a previous study entitled “Dating the Birth of Jesus Christ” (BYU Studies 49:4, 2010) at this link https://byustudies.byu.edu/content/dating-birth-christ

Finally, the Book of Mormon also provides key data which point to Thursday as the day of the crucifixion. The book of Third Nephi reports that at the very time Jesus died in Jerusalem a great storm arose in ancient America (see 3 Nephi 8:5, compare Helaman 14:21). After the storm, which lasted for three hours, there was darkness over all the land for three days, which served as a sign of Jesus’ death, and coincided with the time that his body was in the tomb in Jerusalem (see 3 Nephi 8:19-20 & 10:9, compare 1 Nephi 19:10 and Helaman 14:20). Because of the earth’s rotation, there is a time difference of several hours between Jerusalem and the Americas – specifically, the difference between Jerusalem and the American Central Time Zone is eight hours, with any point of time in America being eight hours earlier than in Jerusalem.

Since Jesus died at “the ninth hour” (Matthew 27:46), around 3:00 PM Jerusalem time, the hour of his death would have been about 7:00 AM Central Time in America. At that point the three hour storm in America would have abated, and the thick darkness would have commenced. Taking this into account, if Jesus’ death is modeled on a Friday at 3:00 PM Jerusalem time, then the beginning of the darkness in America must be placed at 7:00 AM on Friday morning. This would allow for darkness in America all day Friday, and also all day Saturday. But it would be impossible for three days of darkness to have occurred prior to Jesus’ resurrection, as he rose from the dead and left his tomb early on Sunday morning in Jerusalem, well prior to midnight on Saturday night in America. No darkness would have occurred in America on Sunday at all under a Friday crucifixion model. And darkness on Friday and Saturday is only two days, not three.

On the other hand, if the crucifixion is modeled on a Thursday at 3:00 PM in Jerusalem, then darkness commenced in America on Thursday at 7:00 AM Central Time, and would have continued through the day on Thursday, Friday, and Saturday – three complete days – before Jesus’ resurrection on Sunday. Thus, the Book of Mormon data, which report three days of darkness, clearly indicate that the day of the crucifixion must have been Thursday.

The tradition of Jesus’ death on a Friday first appears in gentile Christian sources in the second century AD, invented by well-meaning but under-informed folk who were not connected to the New Testament church, and who were unfamiliar with the Jewish calendar and festivals. The New Testament is joined by the Book of Mormon, Another Testament of Jesus Christ, in identifying Thursday as the day of Easter Week on which he completed his atoning sacrifice for us all.

Jeffrey R. Chadwick is Jerusalem Center Professor of Archaeology and Near Eastern Studies, and also Religious Education Professor of Church History and Jewish Studies, at Brigham Young University. He may be contacted at [email protected]

The only problem with your analysis is that you are applying 21st century culture and thought to a text written in the 1st century.First, they had no concept of zero, so 1 days since Friday is Friday!Second, a period that includes even on hour of one day was considered a full day, so the three days were Friday, Saturday, and Sunday.Christ Jesus was crucified on Friday 3 April 33 CE and he rose form the dead on Sunday 5 April 33 CE. This is based on the sociocultural context of the day.

Or...the crusifixion was on Friday and He has risen on a Monday! Or am I saying something stupid here? :)