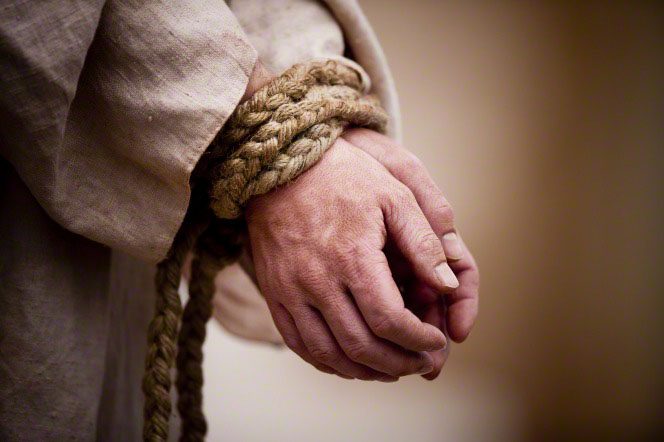 The Hidden Meaning in a Scripture I Thought I Knew

Perhaps the most beautiful prophecy of the Messiah found in the Old Testament is Isaiah 53, where we learn that “He is despised and rejected of men: a man of sorrows and acquainted with grief.” (Isaiah 53:3).

Each word in this stunning chapter draws us closer to our Savior. Words like these melt us–“But he was wounded for our transgressions, he was bruised for our iniquities…and with his stripes we are healed” (Isaiah 53:5).

I began to memorize a scripture from this chapter the other day, and found myself caught short. The words didn’t roll off my tongue as I expected because there was something I didn’t fully understand. This was the verse:

“Surely he hath borne our griefs, and carried our sorrows; yet we did esteem him stricken, smitten of God, and afflicted” (Isaiah 53:4).

Was this “we did esteem him stricken” the same as we regarded Him as stricken? We saw Him stricken?

There are times when a new scriptural insight suddenly explodes your understanding, giving you a fresh breath of insight. This was one of those times.

In Understanding Isaiah, the authors said that “the particular verb translated as stricken is used six times in Lev. 13 and 14 and always with the same meaning—that of suffering the emotional pain of having leprosy.”[i]

So the scripture means, we esteemed Him as if He were a leper. For centuries, leprosy was considered a curse of God because of sin. Leprosy was the outward and visible sign pointing to the innermost spiritual corruption. It started perhaps only as a small speck on the body, and then gradually spread to the soft tissues throughout the entire body, degrading and rotting the whole body, as sin defiles man and makes him impure and incapable of entering the presence of God.

People who had leprosy, the living death, were thought to deserve it. And what a punishment this was.

The scriptures remind us that anyone suspected of having this disease had to go to the priest for examination. If found to be infected, “the leprous person who has the disease shall wear torn clothes and let the hair of his head hang loose, and he shall cover his upper lip and cry out ‘Unclean, unclean.’”

The wretchedness of having this disease that disfigured and ate away at you could only be multiplied by having the entire world regard you as having deserved it for your sin. It would be heaping humiliation upon agony.

Now we understand why we read in Isaiah 53, “we hid as it were our faces from him.” They shunned lepers, ran from them, pelted them with rocks.

Could there be a greater irony than that the Lord Himself would be viewed by the world in this light, as deserving of the anguish that He freely took upon Himself to save them and to save us all?

The Perfect One suffers torture, a pain so breathtaking only a God could stand this, and others scream that He deserves it. We should weep to think of this added humiliation to our Savior who was suffering for us.

This scriptural phrase bolsters the same idea. “we esteem him…smitten of God, afflicted.” It was the popular idea of the time that all suffering in this life had its origin in sin, that every peculiar and particular disaster were punishments for terrible misdeed and inner flaw.

We see this idea motivating a question. When Christ’s disciples passed a man blind from his birth and asked, “Master, who did sin, this man or his parents, that he was born blind?” (John 9:2).

The world will see Christ’s afflictions as having been smitten of God, a deserved suffering. A punishment from the Father.

If ever there was a tangle of lies, this is it. Who could have been a more perfect Son, who came into this world to show us the Father, teach us of the Father, and perfectly do His will? His last words were “Thy will is done” (JST Matthew 27:54). Could He have offered a more complete sacrifice of Himself?

When we learn in Isaiah 53 that the Lord “was wounded for our transgressions, he was bruised for our iniquities”, the Hebrew helps us take that farther. “Wounded (Hebrew chalal) is better translated as “pierced fatally.” Bruised (Hebrew daka’) is more correctly ‘crushed.’ Only a sinless man could have been so completely crushed and not be destroyed.

Still, Isaiah teaches us that the greatest, entirely sinless, unutterably perfect One of all would be also entirely misunderstood, blamed and counted as meriting the afflictions that came upon Him, as if He were cursed of God instead of being His Beloved Son.

Can we ever teach the Lord anything about being misused, misunderstood or about drinking to the fill the full cup of gall? To be human is to know life’s ironies. We have all tasted a bit of this bitter cup. Elder Neal A. Maxwell called irony the “crust on the bread of adversity.”

Elder Maxwell continued, “Irony may involve not only unexpected suffering but also undeserved suffering. We feel we deserved better, and yet we fared worse. We had other plans, even commendable plans. Did they not count? A physician, laboriously trained to help the sick, now, because of his own illness, cannot do so. For a period, a diligent prophet of the Lord was an ‘idle witness.’ (Morm. 3:16). Frustrating conditions keep more than a few of us from making our appointed rounds.”

“At the end, meek and lowly Jesus partook of the most bitter cup without becoming the least bitter. The Most Innocent suffered the most. Yet the King of Kings did not break, even when some of His subjects did unto Him “as they listed.” Christ’s capacity to endure such irony was truly remarkable. (See 3 Ne. 11:11; D&C 19: 18-19) (D&C 49:6).

Can we ever say to Him that our tests are unfair? Elder Maxwell said, “By their very nature, tests are unfair.” Can we complain to Him that we are entitled to more when He has descended so far below all things that He can also perfectly understand the irony of our lives?

He knows about our best hopes that are dashed, our expectations that are diminished, our best efforts that are unrecognized or even maligned. He was the King of Kings in a crown of thorns, the Holy One shunned as a leper —and we love Him even more because He is a God who knows.

I too am so grateful for your insights and in the past have felt so confused bu this scripture. Thank you for the enlightenment and inspiration.

We have a group of five sisters that have been studying ISAIAH for almost two years. When I read your commentary on ISAIAH, I was deeply moved and enlightened by your comments. You have given a great service to us that love ISAIAH and great insights as to how to further understand this sometimes difficult book. 'Great are the words of ISAIAH.