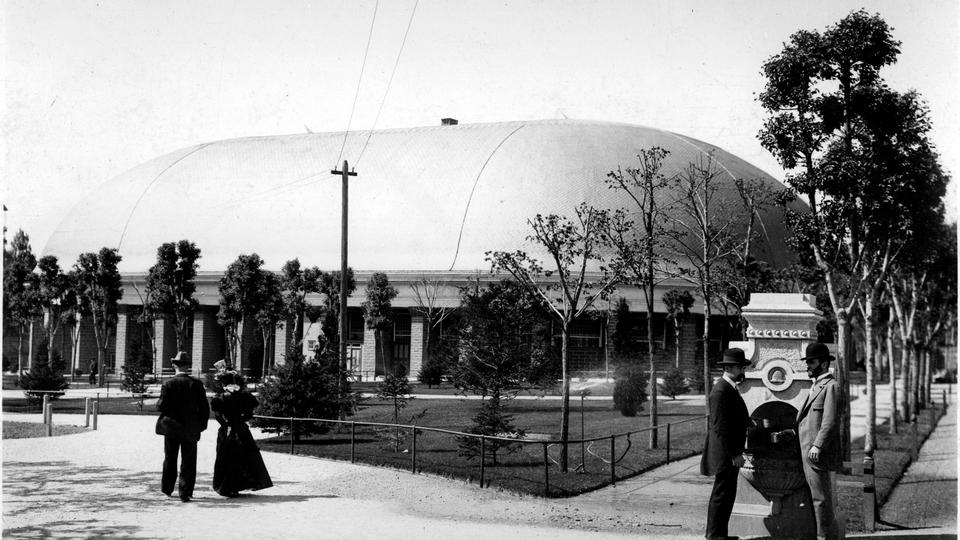 It was 110 years ago this month that The Tabernacle Choir at Temple Square completed its first recording. The choir marked the occasion at a news conference Thursday in the Conference Center in Salt Lake City.

“The choir was one of the earliest choral ensembles to record its music, with its first acoustic recording, which was made 110 years ago in 1910 in the Salt Lake Tabernacle,” said Ron Jarrett, president of the choir.

“No one then knew that first recording would lead to over 200 recordings that have showcased the choir from the early days of acoustic recording through long-playing records to modern digital compact discs and DVDs,” Jarrett added.

“The first recordings of the Tabernacle Choir and organ resulted from a technology race among the three leading record companies in America at the time,” explained historian Rick Turley, who discussed the process for capturing the choir’s first recording. “In those days, recording was done acoustically, meaning no microphones were used.”

“Those who have had a chance to be part of a recording know that the Tabernacle here on Temple Square serves as the choir’s recording studio,” said Mack Wilberg, the choir’s music director. “The building plays a key role in our signature sound and will continue to do so for our future recordings.”

As part of the commemoration of this anniversary, the choir unveils its newest music video. See the video below: