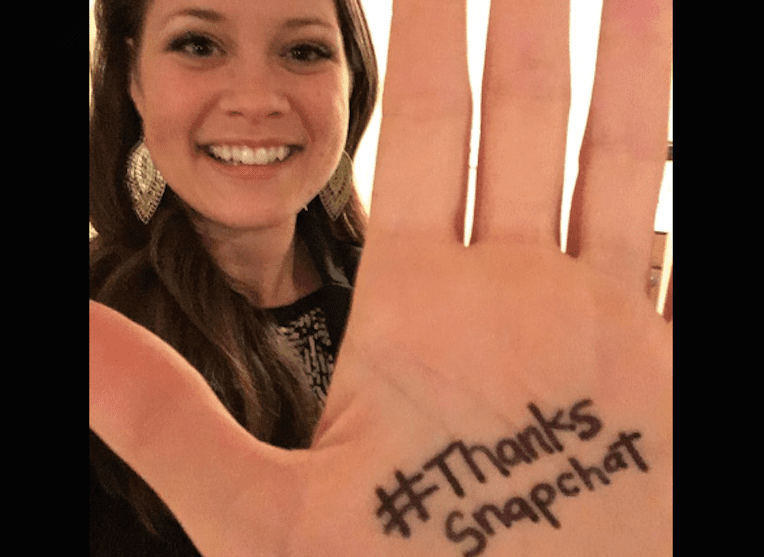 The following was written by Michaela Proctor for BYU’s newspaper, The Universe.

Snapchat responded to BYU graduate Malissa Richardson’s #NoThanksSnapchat petition this week as it announced changes in their policies regarding explicit content on the app.

After Richardson started the petition two months ago to combat the pornographic material on the Discover feature of Snapchat, she had 2,600 signatures within six hours. The petition now has 26,000 signatures, and Snapchat is acknowledging the petition with policy alterations.

These changes include clearer language regarding restrictions on nudity, profanity and violent images, as well as a new tool preventing users under age 18 from seeing particular material.

Richardson said she was excited with the company’s response, but she had never expected Snapchat to respond so soon.

“I was going to make a long-term plan because I knew it would take a while to get the word out,” Richardson said. “I don’t know exactly what the turning point was for them, but it seems like something that they’ve been working on for a while and maybe we were just one of many groups that raised the issue and spoke up about it.”

Because of these changes, Richardson believes many petition signers who had deleted the app will re-download it and will feel safer as they use it. She said parents will be more likely to allow their children to use the app and users will increase overall.

Richardson praised Snapchat for heeding the voices of those who signed the petition.

“When people see a company being socially responsible and responding to their customers, then I think there is an added amount of trust in a company. I think it is in Snapchat’s best interest to do this,” Richardson said.

The power of one - and those she gets to sign her petition is great!!! Good work!!!!