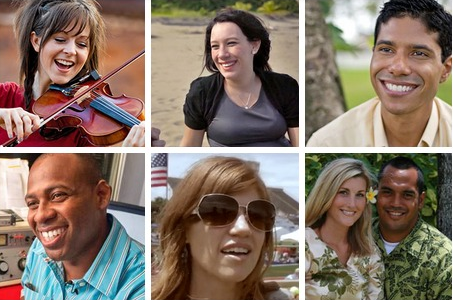 Researchers from Canada have proven that something is different about Mormons, and even those who do not subscribe to The Church of Jesus Christ of Latter-day Saints can see it.

A study done by psychology professor Nicholas Rule, of Toronto University, shows that Mormons and non-Mormons alike can identify Mormons based on no more than their skin quality.

The 2010 study was conducted while Rule was a graduate student studying at Tufts University and was published in the Public Library of Science Journal. The study was prompted by a comment Rule received from a colleague who said he believed Mormons could identify fellow Mormons from non-Mormons in a crowd.

Rule began the study by collecting images of Mormon and non-Mormon men and women from major cities in the U.S. The criteria for the images of the individuals was limited to people ages 18–30 years old and to individuals without facial adornments, including piercings or glasses.

“We first took out the hair, then took away the shape of the face, then looked at different features: Is it the eyes, the mouth, the nose?” Rule said. “We kept going until we got to having a face with very little left, and so the only thing that seemed reasonable was that it was skin texture.”

Participants were brought in for each of the different studies and were asked to look at a series of images and to differentiate between who was Mormon and who was not.