Same-sex Politics and the Lie of “Inclusivity” | Meridian Magazine 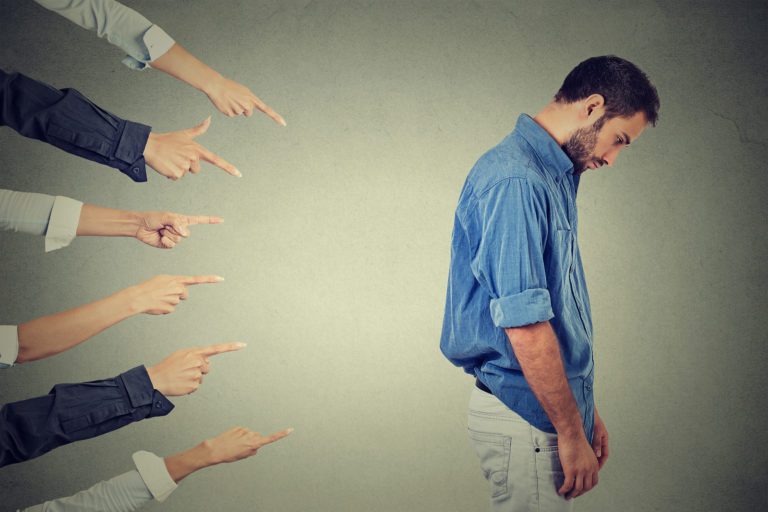 Same-sex Politics and the Lie of “Inclusivity”

Do you remember hearing as a kid, “Well, if you don’t…then, I won’t be your friend.” There’s a term for using that tactic: relational aggression. Some people learn early in life that threatening people with exclusion is a great way to attempt to get what you want. After all, no one likes rejection.

One may think that kind of behavior goes away with adulthood, but it turns out, it doesn’t. Instead, when you’re an adult, exclusion is used to enforce obedience to political dogma.

UFI experienced the adult version of this kind of social pressure back in March of this year.

Along with several other members of pro-family groups, UFI was asked to apply to work on planning committees for an upcoming conference. Only two groups that applied were chosen to work on the committees. Imagine the delight when we were invited. Then, imagine the astonishment when UFI was “uninvited” minutes before our first meeting. The reason? United Families International is considered “not inclusive.”

What made UFI “not inclusive”?  It is our support of therapy for those who experience, and hope to overcome, unwanted same-sex attraction. This is sometimes termed “conversion” or “reparative” therapy. Let’s be clear…we’re not in any way advocating forcing individuals to undergo therapy in an effort to make them change against their will.  What we advocate is therapeutic approaches for individuals for whom same-sex attraction is personally unwelcome and who have privately chosen for themselves to see if they can overcome those feelings.

In this adult version of relational aggression, we were told if UFI would be willing to renounce our support of this therapy we would be re-invited. Wow, it’s the elementary school playground all over again.

More and more it feels like we are living in Oceania in George Orwell’s dystopian novel, 1984.  In this future world that seems to parallel our present day, language was manipulated and used for pure political propaganda. In Webster’s Dictionary, the definition of “inclusive” is “broad in orientation or scope.”  Today, “inclusive” means, theoretically, making sure that all people, regardless of their gender, sexual orientation, race, religion, abilities, or disabilities will be respected and appreciated as valuable members of society. People of good will everywhere are good with that! But it doesn’t quite work that way in reality.

With regards to the “red hot” topics of sexual orientation, gender identity and religious liberty, inclusivity in our modern culture seems to actually mean intolerance for anyone or any organization that does not follow politically correct ideology.  For example, those who protect therapy for individuals with unwanted same-sex attraction, or question the current rush to transition children with gender dysphoria, as well as seek to protect religious liberty exemptions for those whose views regarding same-sex behaviors and same-sex marriage are matters of conscience are not only excluded, they are targeted.

Jack Phillips, a Christian baker, was taken to court multiple times because, while he was happy to make a birthday cake for a homosexual customer, felt it would violate his religious convictions regarding marriage to make a wedding cake for a same-sex couple. UFI and countless other pro-family organizations are labeled “hate groups” because of our support of reparative therapy.

We are also seeing a trend of businesses and governments silencing alternative voices. Last week it was revealed that Amazon is censoring authors who share their stories about leaving the LGBT lifestyle by pulling their titles from Amazon’s website. Sixteen states plus the District of Columbia have banned “conversion” therapy in spite of the real-life experience of those who identify as “ex-gay” or have voluntarily left the lifestyle. Silencing these voices is the opposite of inclusive and limits the choices of those living with unwanted attractions. Ironically, just as those attracted to the same sex find it difficult to come out to family and friends, those who identify as “ex-gay” also face challenges sharing their experience , “fearing ridicule from gay advocates who accuse them of self-deception.”

The reality is we still don’t understand same-sex attraction. For decades, scientists claimed that it was a result of family trauma or abuse – except what about those people who experienced neither? Then it was decided that people are just born that way, but research, including the twin studies, have failed to prove that theory. Currently, researchers are exploring theories regarding women and immune system effects on boy fetuses. The reality is that we just don’t know for sure. It is likely some combination of nature and nurture. There are many correlations out there (like the above trauma/abuse theory), but we must remember, “correlation is not cause.” Clearly, human sexuality is complex.

Because our understanding is incomplete and sexuality is complex, we need to approach same-sex attraction with great care and sensitivity.  Sadly, homosexuals have been historically mistreated and discriminated against. Early therapies, which sometimes employed aversion techniques, only exacerbated that abuse. Our society has made important changes to eradicate hateful behavior and discrimination towards LGBT-identifying individuals. However, our efforts to make up for past injustice also has the effect of harming those who would like to pursue therapy today.

One reason that many homosexuals and researchers object to therapy is that it doesn’t always work. This is true — kind of. First of all, success is defined individually. Opponents of therapy should not be allowed to define success for another. Some who experience unwelcome same-sex attraction define success as the ability to live a happy life without being overwhelmed by feelings of attraction to the same sex.

Others hope for a relationship with a member of the opposite sex that includes marriage and children. No matter how one defines success, every person who has experienced same-sex attraction will always be able to remember what that attraction felt like, even if it is no longer a part of his or her everyday life. Defenders and detractors alike may be tempted to call that a failure. Additionally, for those who use sexually addictive behavior as a coping mechanism for depression and anxiety, the challenge can be even greater and the sense of failure more profound.

Dr. Jeffrey Robinson has counseled individuals who experience unwanted same-sex attraction for 30 years and knows that change, while difficult, is possible. Dr. Robinson uses a “context specific” approach where “’overcoming’ same-sex attraction consists of changing the context in which it is experienced and interpreted, not in the complete elimination of the ability to be aroused by other men.” Just like therapy for any challenge or condition, change is not guaranteed. However, Dr. Robinson has “seen many men do it and move on with lives that are filled with happiness and joy, but it is not easy. It is a difficult trial.”

As a society, we should be past the point of withholding approval to create dogmatic compliance.  The miracle of this age of freedom is the ability we each have to chart our own course.  Not everyone who pursues therapy to reduce or eliminate same-sex attraction will be successful, but we can’t ignore the hundreds of stories of individuals who have found success and are willing to brave the abusive comments of detractors by sharing their stories. Likewise,  therapy must be a personal choice and free of coercion for any person experiencing same-sex attraction.

It is time our culture acknowledges the experience of those who have successfully changed their feelings of same-sex attraction and embrace an inclusivity free from a stifling political correctness that vilifies those who choose alternate paths to wholeness. If society really cares for those who identify as LGBT, it will honor the right to choose ethical therapy to address unwanted same-sex attraction and will not shut out those voices nor make access to such therapies illegal.  As a country, we are so much better than that.

This reminds me of the atheist who marries a religious spouse. The atheist proposes a compromise for teaching their children which goes something like "If you won't teach our children to believe in God, I won't teach them to not believe God and they can choose for themselves." Such a proposal all but guarantees the atheist spouse will win. If children are not taught to believe in God, they become atheists by default. By the same token, a recent study shows that 85% of children who exhibit same-sex attraction will grow out of it IF they are just left alone (I was part of that group). Instead, children are encouraged to experiment and declare their sexuality even before puberty. In my early pubescent stages, I had feelings of same-gender attraction, but was never encouraged to act on those feelings. Like 85% of other youth that had the same experience, I grew out of it. Maybe if we stopped foisting same-gender relationships on our youth, it would become a non-issue.

Ben is right, it's not a choice, but that's because choice is not the right word. No one really thinks anyone was offered a choice to have SSA or not. It is the attraction they feel, which is real, but somehow based on a part of our nature, maybe more or less of one hormone or another, and a part of our nurture, what happened in our environment. I can give lots of examples or explanations of how childhood brains interpret situations to support one idea or another. No one will ever be able to establish how every little life experience may contribute to how we view those of the same or opposite sex. It's dishonest to claim people are not inclusive, intolerant or hateful just because they want a person to get help for what they are experiencing, rather than feed a lie that it's all nature.