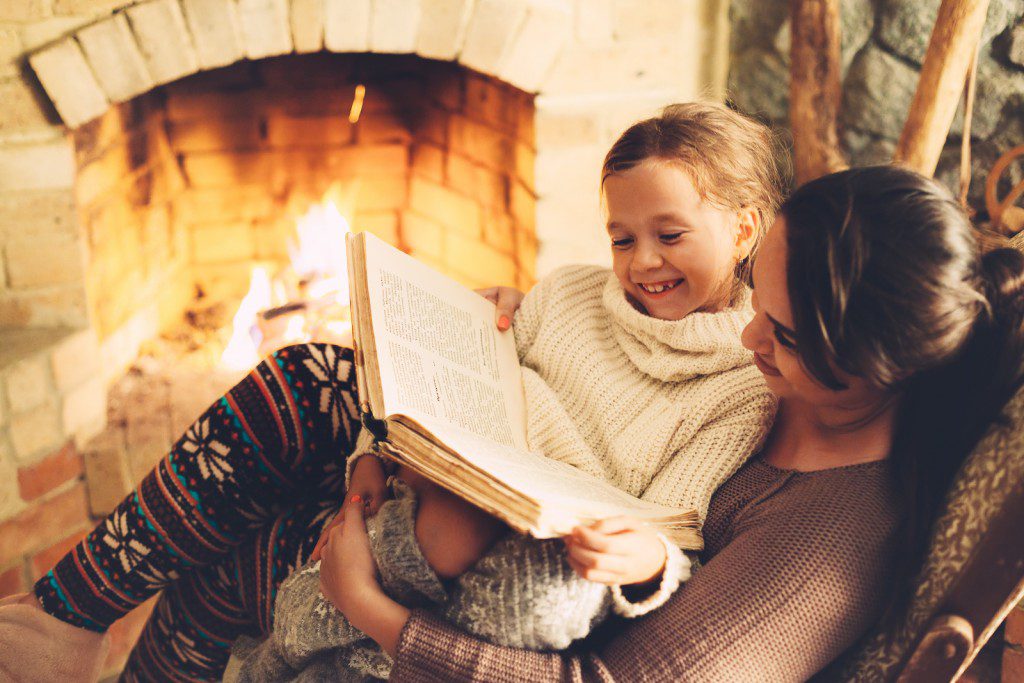 With daylight saving time ending, this is the perfect time of year to begin reading great stories to your children. The first two books are picture books making them quick reads. The next two books progress into chapter books which are good for ages six through nine. The rest are fiction books and are perfect listening books for ages seven and through twelve.

Finding Winnie: The True Story of the World’s Most Famous Bear, by Lindsay Mattick, and gloriously painted with watercolor by Sophie Blackall, won the Caldecott Medal this year. Once you read this amazing story you’ll see why this book is a winner! A Canadian soldier on his way to fight during World War I found a baby black bear being sold by a trapper at the train station. He bought the bear for $20 and named her Winnie, after his beloved Winnipeg. After arriving in London, he had to go fight on the front lines, so he sadly gave the London Zoo his precious bear, Winnie. Winnie became quite well known and a famous author came to see the bear along with his child, Christopher. Christopher loved this bear so much that they came again and again to visit him. The author’s name was A. A. Milne and he began writing those famous stories about Christopher Robin and Winnie the Pooh. Be sure to check out the photo album found in the back of the book.

Lionheart, by Richard Collingridge, is a beautifully painted book with full page and sometimes double page pictures. Young Richard is frightened by a noise which he thinks could be a monster. When he runs away from his bedroom clutching his favorite stuffed lion, he finds himself running into a magical forest. There he discovers his courage and how to deal with his fears.

Mister Cleghorn’s Seal, by Judith Kerr, is about how Mister Cleghorn discovered an abandoned seal on a rock in the water near the shore. He decided to save the seal by taking it to the nearby zoo. When he finds that the zoo is already closed for the night, he must just bring it to his apartment. One big problem –

the apartment complex doesn’t allow animals of any kind. And then the adventure truly begins! There are delightful drawings found intermittently throughout the book.

Ollie’s Odyssey, by William Joyce, is a story about how Billie’s favorite stuffed animal, Ollie, has to deal with very mean toys once humans leave the room. These mean toys kidnap Ollie and now Ollie must escape and get back to his life where love and kindness exists. This beautifully written story is propelled not only by all that happens to Ollie, but also by the wonderful pictures done in mixed media which are sprinkled throughout.

Black Gold, by Marguerite Henry, was first published back in 1957 but still reads with a timeless tone that never gets old. Black Gold is a very small colt but young Jaydee can see this beautiful horse’s potential. He knows that Black Gold could win the biggest horse race in America. He just needs the right rider and one that loves him and can take care of him. The story is engaging and filled with picture etchings throughout. Your listener doesn’t have to be a big fan horses to enjoy the ride of this story. More of this Newbery Award author has recently been reissued, nicely bound in new hardback covers and all are as good as this book. Some include: “Mustang: Wild Spirit of the West” and “Benjamin West and His Cat Grimalkin”.

Edward Eager’s Tales of Magic has recently been reissued and boxed into a four book set. If you haven’t had the delightful experience of reading any of his books’ magical adventures you are in for a real treat. First published over sixty years ago, this set includes: “Knight’s Castle” and “The Time Garden”. Siblings discover a lake full of magic in “Magic by the Lake” and deal with receiving only half of the magic when they find a magical coin in “Half Magic”. These exploits are so rich with imagination, it will take the listeners away to a magical experience they will never want to end!

My Diary from the Edge of the Edge of the World, by Jodi Lynn Anderson, begins with a seemingly normal life of young Gracie. Until you read past the first page. Her life seems normal. Her family lives just down the street from a T. J. M

axx that was recently burned down to the ground by…..dragons. This opens the door to a wild magical adventure and doesn’t let up until the very end! You’d better give your listeners enough chapters to listen to or they won’t be very happy.

Some Kind of Courage, by Dan Gemeinhart, is the perfect kind of read-out-loud book not only for the terrific adventure, but for the way it’s written. The reader can talk with a western dialect because of the clever way it’s written. Young Joseph has lost all that he loves except for his cherished horse. But now he finds that a mean old drunk has just sold his horse while Joseph was asleep and he kept the money. Joseph secretly takes back the money and sets out on a long trek to get his horse back. The story takes place in the 1890’s in the Western United States.