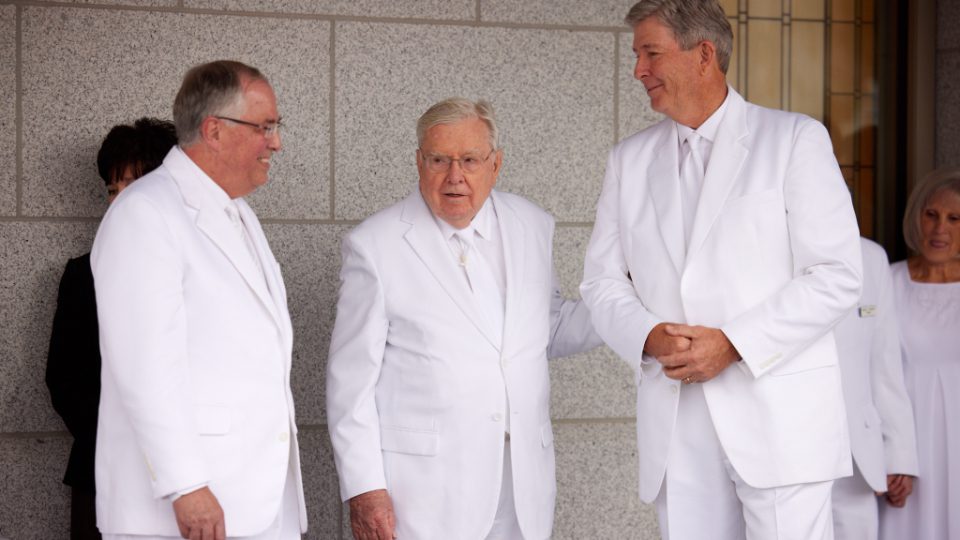 Idaho’s newest temple of The Church of Jesus Christ of Latter-day Saints has been dedicated. President M. Russell Ballard, Acting President of the Quorum of the Twelve Apostles presided at the dedication of the Pocatello Idaho Temple in three sessions on Sunday, November 7, 2021.

“A temple in The Church of Jesus Christ of Latter-day Saints is a place where sacred covenants and ordinances can be performed,” President Ballard said. “We’re building temples at a faster rate than ever before in the history of the Church.”

On a chilly Sunday morning, President Ballard conducted the cornerstone ceremony, which symbolizes the completion of the temple. He was joined by Elder Neil L. Andersen of the Quorum of the Twelve Apostles and his wife, Kathy; Elder S. Gifford Nielsen, president of the North America Central Area; and Elder Gary B. Sabin, assistant executive director of the Temple Department, and his wife, Valerie.

More than 250,000 people of many faiths attended the public open house for the temple in September and October.

Elder Andersen has ties to the Pocatello area. He spent much of his youth in the nearby town of Tyhee and attended schools in Pocatello.