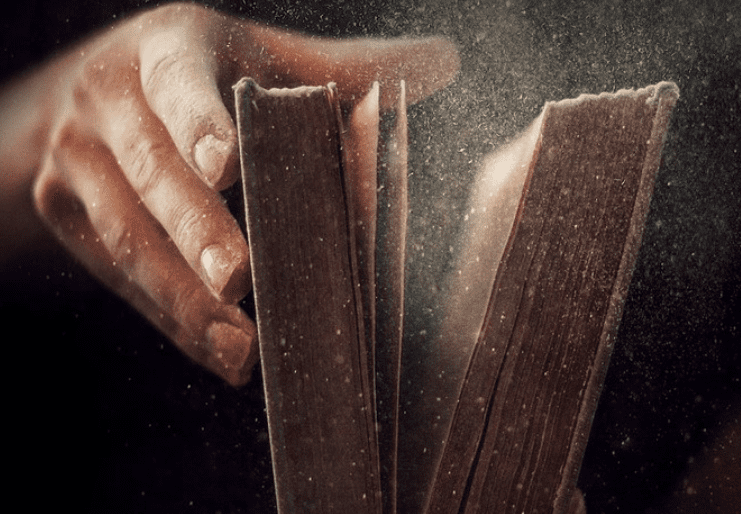 Jared W. Ludlow’s new book, Exploring the Apocrypha from a Latter-day Saint Perspective (Springville, UT: Cedar Fort, Inc., 2018) is a valuable resource for Latter-day Saints seeking to better understand an important part of the sacred texts of Christianity and Judaism. Though not part of our official canon, they have been a part of the canon in several other faiths and are included in a majority of the Bibles used by Christians around the world. For Latter-day Saints, according to a statement regarding the Apocrypha in Doctrine and Covenants 91, we are told that “There are many things contained therein that are true” (vs. 1) and that “whoso is enlightened by the Spirit shall obtain benefit therefrom” (vs. 5), in spite of the “interpolations by the hands of men” that are also at play (vs. 2).

Latter-day Saints, unfortunately, have tended to ignore the Apocrypha, but there is value that we should be extracting. Ludlow’s book, in my opinion, is precisely the kind of guide that many of us need in order to know where the richest sources of value can be found and what the key lessons are that we can learn.

Ludlow begins with a helpful overview of what the Apocrypha is. The 183 chapters in that collection come from early Jewish writers well after the latest books in our current Old Testament were written (ca. 400 BC), with many dated to around the first and second centuries BC. These texts were circulated among Greek-speaking Jews as the Septuagint translation from Hebrew to Greek was conducted. Many appear to be original Greek compositions rather than translations from Hebrew or Aramaic to Greek. Ludlow groups them according to three categories and considers each text in this order:

As Ludlow reviews each of the books of the Apocrypha, he thoroughly illustrates how “the Apocrypha can be a valuable tool for helping us understand the political, cultural, and religious background of Jesus Christ and his contemporaries” (p. 4) and how these texts provide teachings and stories relevant to Latter-day Saints.

Ludlow explains that as Jewish and Christian groups debated the value of these texts, they were given the label apocrypha, or “things that are hidden.” It was a positive label for some and a negative label for others. The term is also applied to many other texts outside the Apocrypha that were falsely attributed to various prophets and apostles (generally known as the “Pseudepigrapha,” a Greek term describing texts with a “false superscription”), but Ludlow only considers the closed set of books formally known as the Apocrypha.

Ludlow reviews the history of the debate over these books, where views have varied widely. The Catholic Church in the 1546 Council of Trent declared all the books to be deemed canonical except 2 Esdras and the Prayer of Manasseh. Protestants have generally rejected them but some such as Martin Luther saw value in some of the Apocrypha and portions have often been printed in Protestant Bibles.

Despite the Apocrypha’s checkered canonical history, there can be no doubt that it has impacted Christian and Jewish cultures. In Jewish practice, Hanukkah has become a central festival and the Maccabees form a part of Jewish identity. In the Christian world, the Apocrypha has influenced poets, artists, hymn-writers, dramatists, composers, and even explorers such as Christopher Columbus, who used a passage in 2 Esdras about the earth being composed of six parts land to seek financial support for his journey westward. Even in early Christian sites like the catacombs of Rome, depictions of Apocrypha scenes have been found. (p. 12)

Ludlow devotes a chapter to reviewing the history of LDS views regarding the Apocrypha. The beginning of LDS inquiry into the Apocrypha comes from Joseph Smith, wondering if his inspired translation of the Bible should include the Apocrypha. The answer through revelation on March 9, 1833 is now printed in Section 91 of the Doctrine and Covenants:

Joseph made other statements that points to the value of the Apocrypha, and apparently respected them enough to include the Apocrypha in the “complete Bible” that was deposited in the Nauvoo Temple (p. 24). However, they don’t seem to have influenced his sermons or teachings (p. 27), though a few other early LDS leaders occasionally used small portions from the Apocrypha.

Ludlow’s review of the contents and highlights of each of the books of the Apocrypha provides valuable historical information that will help readers better appreciate the cultural, religious, and political setting as the New Testament begins. One can also sometimes see influence from the Apocrypha on New Testament writers, such as the Book of Judith’s treatment on searching the depths of God and not knowing his mind, which appears to have influenced Paul’s words in 1 Corinthians 2:6-7,12 (p. 133).

There are also occasional nuggets of particular interest to LDS readers, such as the Wisdom of Solomon’s teaching on the Creation, praising God for his all-powerful hand “which created the world out of formless matter” (Wisdom of Solomon 11:17, see Ludlow p. 188), an acknowledgment that creation was not ex nihilo.

The Wisdom of Solomon also has brief references to the premortal existence (p. 193). Indeed, it was the final section on the Wisdom literature of the Apocrypha that I most keenly enjoyed, and I think many LDS readers will find particular value in those books and that portion of Ludlow, though the entire treatment is clear, interesting, and well suited for a broad LDS audience.

In his closing remarks, Ludlow nicely summarizes the nature of the diverse and complex texts he has treated:

The Apocrypha consists of a variety of texts making it both interesting and challenging. Comprising wisdom literature, apocalypses, tales, and scriptural expansions, the Apocrypha runs the gamut of ancient religious literature. Its eclectic collection is reflected in how each book of the Apocrypha is handled in this work; varied approaches are used in different chapters because of the diverse styles of the texts. Yet despite their diversity, the texts give us a glimpse into the world of Second Temple Judaism and its Hellenistic influence. These texts are also important to understanding the historical background to Jesus and the early Christians and the concerns and aspirations of early Jews and Christians. (p. 223)

I strongly recommend Ludlow’s thoughtful work for any LDS reader interested in better understanding the broad body of treasured ancient texts encompassed in the Apocrypha.

The book does not contain the Apocrypha but it is not hard to find this as a separate book containing only the Apocrypha or even bound in some versions of the Bible. For example: on amazon.com I selected Kindle Store and searched for Apocrypha (31 pages of results). Here is the url: https://www.amazon.com/s/ref=nb_sb_noss?url=search-alias%3Ddigital-text&field-keywords=apocrypha Examples: Apocrypha, King James VersionJul 22, 2017 | Kindle eBook by King James Bible $2.99 KJV ApocryphaSep 15, 2013 | Kindle eBook by Baker Books $6.99 The New Oxford Annotated Bible with Apocrypha: New Revised Standard VersionJan 20, 2010 | Kindle eBook by Pheme Perkins and Michael D. Coogan $18.24 NRSV Bible with the ApocryphaNov 22, 2011 | Kindle eBook by Harper Bibles $13.99 $ 13 99 Kindle Edition Best wishes.

What is not clear from the review or from other comments about the book found elsewhere is - does the book contain the full text of the books of the Apocrypha or is it only background and commentary?