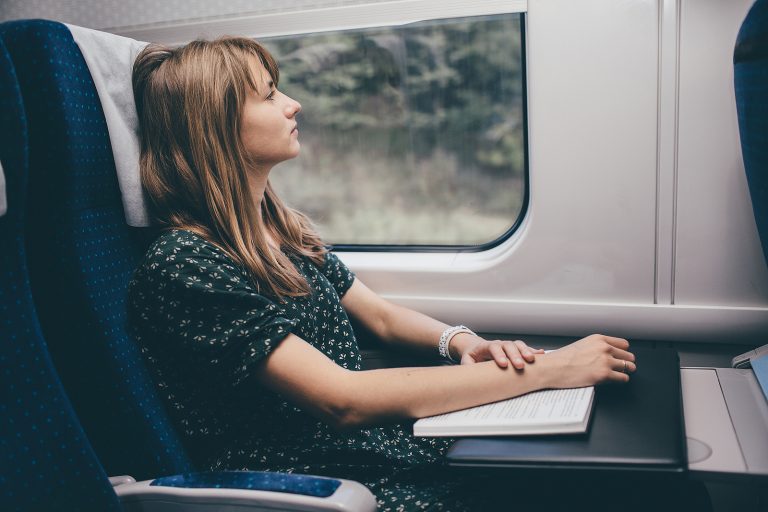 It Started in Budapest by Julie Daines is a romantic novel featuring the Orient Express, a passenger train that ran between Paris and Istanbul between 1863 and 1977. The main character is a young woman, Molly, who reads a newly published book, Dracula by Bram Stoker, and devises a plan for healing her critically ill twin brother. Today’s second book is Love, Life & Lucille by Judy Gaman, a memoir of a woman who lived to almost reach her 104th birthday.

IT STARTED IN BUDAPEST by Julie Daines

A Utah writer, Julie Daines, has frequently been recognized as a careful and accurate historical writer. Readers of her newest book, It Started in Budapest, may begin to think she has strayed into the occult. She begins the story with a young woman who is obsessed with Bram Stoker’s Dracula and is on a quest to find a vampire.

Molly is a twin. She’s strong and healthy, but her twin, Matthew is weak and ill. Her mother has convinced her that she’s healthy and he’s sickly because she stole his strength while they were in the womb. She has grown up taking the blame for everything that goes wrong in her family’s life. When the family goes on a trip across Europe on the new luxury train, the Orient Express, to visit a new doctor who can hopefully help Matthew, Molly devises a plan to help her brother. It involves leaving the train and following Bram Stoker’s route to a mountain top in Transylvania to find a vampire. On the journey she meets three different men; Percy Hunt follows her, offering help and protection; Dario invites her to his home and offers assistance mounting the last leg of her journey; and a mysterious man in black appears at turning points in her quest.

She falls in love with one of these men, but is convinced she can’t marry him because she brings trouble to everyone in her life. She loves her brother with her whole heart, but can she find a way to heal him? Is the answer she seeks truly in the Bram Stoker book?

The characters in this book are interesting. Molly is deeply caring, but not the brightest heroine I’ve run across. Her reasoning, her self-blame, and her gullibility make her difficult to relate to. Percy is smart, plans ahead, understanding, but has trouble opening up concerning his own past. Dario is friendly, helpful, but keeps his intentions well concealed. The man in black is just there.

The author has done superb research concerning Eastern Europe and uses the Orient Express well as a highlight of the era (late 1890s to early 1900s) and a means of moving the action across the continent. There’s enough romance to spice up the story, but doesn’t overwhelm it. The book  is short and fast paced with a satisfying ending.

Julie Daines was born in Concord, Massachusetts, but raised in Utah. She also lived in London, England, for eighteen months. She has received awards for several of her previous works and is highly respected for her historical accuracy.

Judy Gaman offers a story that is partly a memoir and partly a tribute to a dear friend. Deeply immersed in her career which includes managing her husband’s medical practice, hosting a nationally syndicated radio show, and writing books concerning health  and wellness, she undertakes writing a book on longevity. Her research on that subject leads her to one hundred year old Lucille. After interviewing Lucille, Judy can’t get the other woman off her mind and arranges to visit her again. Soon they are having weekly lunch dates. Lucille’s vitality and eagerness to form a fast friendship endear her to Judy and draws a sharp contrast with her own mother who was so busy with her career she never had time for her daughter. She begins to see her career has left her little time for her own children and she begins to relax her schedule to give more time to Lucille and to her family. The story continues almost to Lucille’s 104th birthday, four years in which the two women face a number of difficult challenges and grow closer as they learn a great deal about what matters most.

Judy’s parents divorced while she was very young. She grew up with little contact with her father and though she loved her mother, they never did anything together and were never close.  Judy’s first marriage also ended in divorce. Her second marriage was more successful and she became mother to ten children; his, hers, and theirs. There isn’t much difference between her workaholic lifestyle and her mother’s, though this improves as the story progresses.

Lucille grew up in Canada in a large, extremely poor family. She moved to America and worked hard to become a nurse. Judy became the daughter she never had. In the story she moves to several different senior nursing homes after her retirement, but never loses her zest for life. She is a little vain about her shape and wardrobe. And she loves to eat, especially ice cream. Attention is given to her stylish wardrobe and accessories. She becomes a staunch friend, confident, and almost a mother to Judy as she faces end-of-life challenges with courage and good humor.

A great deal of attention is given to restaurant decor and menus. Readers looking for action won’t find much in this book. This story deals more with introspection, food, and clothes than with actually doing anything. The characters are interesting and readers will enjoy following Lucille from 100 through the last four years of a life well lived. The story is told from Judy’s view point and through her eyes we see relationships, values, and growth.

Judy Gaman is an author, public speaker, and CEO of Executive Medicine of Texas. She has five books to her credit and has been the recipient of many awards. She and her family live in Texas.

I was a bit shocked by this review. The statement - "A great deal of attention is given to the restaurant decor and menus. Readers looking for action won't find much in this book. This story deals more with introspection, food, and clothes than with actually doing anything." - speaks volumes that this reviewer didn't finish this book. There is no way someone who read the entire book could have walked away with this final impression.This book made me laugh, cry, and I found myself thinking about it for weeks. To the contrary of this review, this Love, Life, and Lucille is about life (more than food and clothes), and has extremely deep meaning. I HIGHLY recommend it.