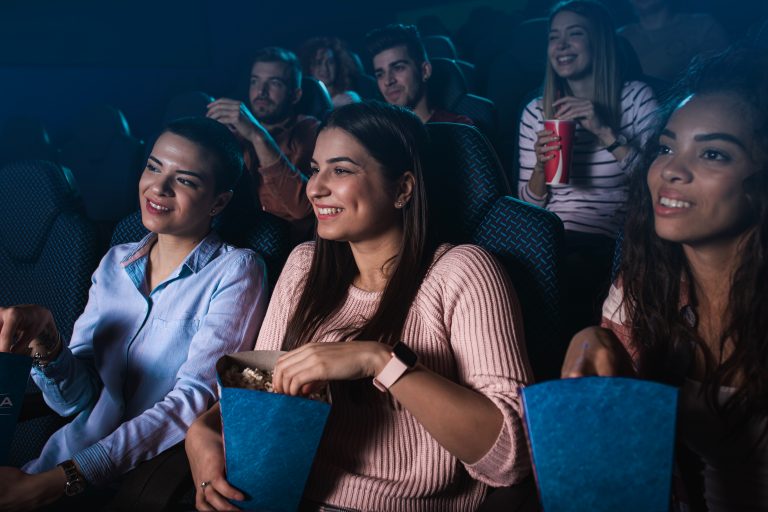 Have you been to see a movie lately? Say on a Monday night? It can be quite the strange feeling; you and your spouse strolling across an enormous lobby completely devoid of people except the girl at the popcorn stand and an usher idly standing around. Unfortunately, that is typical, dwindling audiences and empty theaters.

Not so on an extraordinary Monday night in Tri Cities, WA when one man practically single handedly packed in 4 theaters, a whopping 478 people to see, not a Hollywood Blockbuster but a movie that was actually only streaming at the time with this exception. The movie was The Most Reluctant Convert: The Untold Story of C.S. Lewis.  How did this phenomenon happen?

An Aussie fellow, by the name of John Charles Pearce, my husband, had an idea and unlike so many of us, he ran with that idea.  He thought “why is it that Utah seems exclusively, to see Latter-day Saint produced films and here we are a heavily populated pocket of Saints, without the same opportunity?

John heard the movie, The Other Side of Heaven 2: Fire of Faith was to be screened in our local theater and he thought it a good idea to get a group together to see it. He approached the manager and asked about organizing a private screening for a discounted ticket price. She agreed but John had to secure 50 tickets. I was quite worried that we would be stuck with many unsold but, my fears were unfounded as 107 attended.

He then suggested to the same theatre that they bring “The Fighting Preacher ” and let us have the opening night which they did.  We had 233 people attend. Then after hearing how many people missed the two week run altogether he asked them to bring it back and139 more people came to view it.

This idea became a passion and John started a Facebook page called LatterDay Movie Club, through word of mouth we watched as over 500 people joined in about two months and we currently have over 1300 members.  He promotes Latter Day Saint themed movies and when those aren’t available, brings in faith-based movies or other wholesome movies.  Some of the movies that we have screened include Latter-day Saint movies such as “Out of Liberty”, “Once I Was Engaged” and Heart of Africa”. Also “Show Me the Father”, “Little Women”, “Call of the Wild” and “A Beautiful Day in the Neighborhood”.

Just to up the entertainment/fun factor we have giveaway prizes as well after the movies are shown. This has brought some satisfying relationships with local businesses that have sponsored our movie prizes and we, in turn, have brought them business. Our movie club members love our movie nights and empty nester Groups come along as well as families.

It has been hugely satisfying for John and myself to bring together people who desire to see clean family friendly movies and make an enjoyable evening of it. John has become recognizable in our community as the “movie” man.  He has done a remarkable job of fulfilling, in part, President Spencer Kimball’s injunction to the Saints to use our talents to bring good to the world through the arts and entertainment.

I’m proud of what he has accomplished and have enjoyed the experience alongside him. As they say in Australia, ” Good on you mate!”

This movie idea is such a fun missionary tool! I would love to get information on how to get started with this.