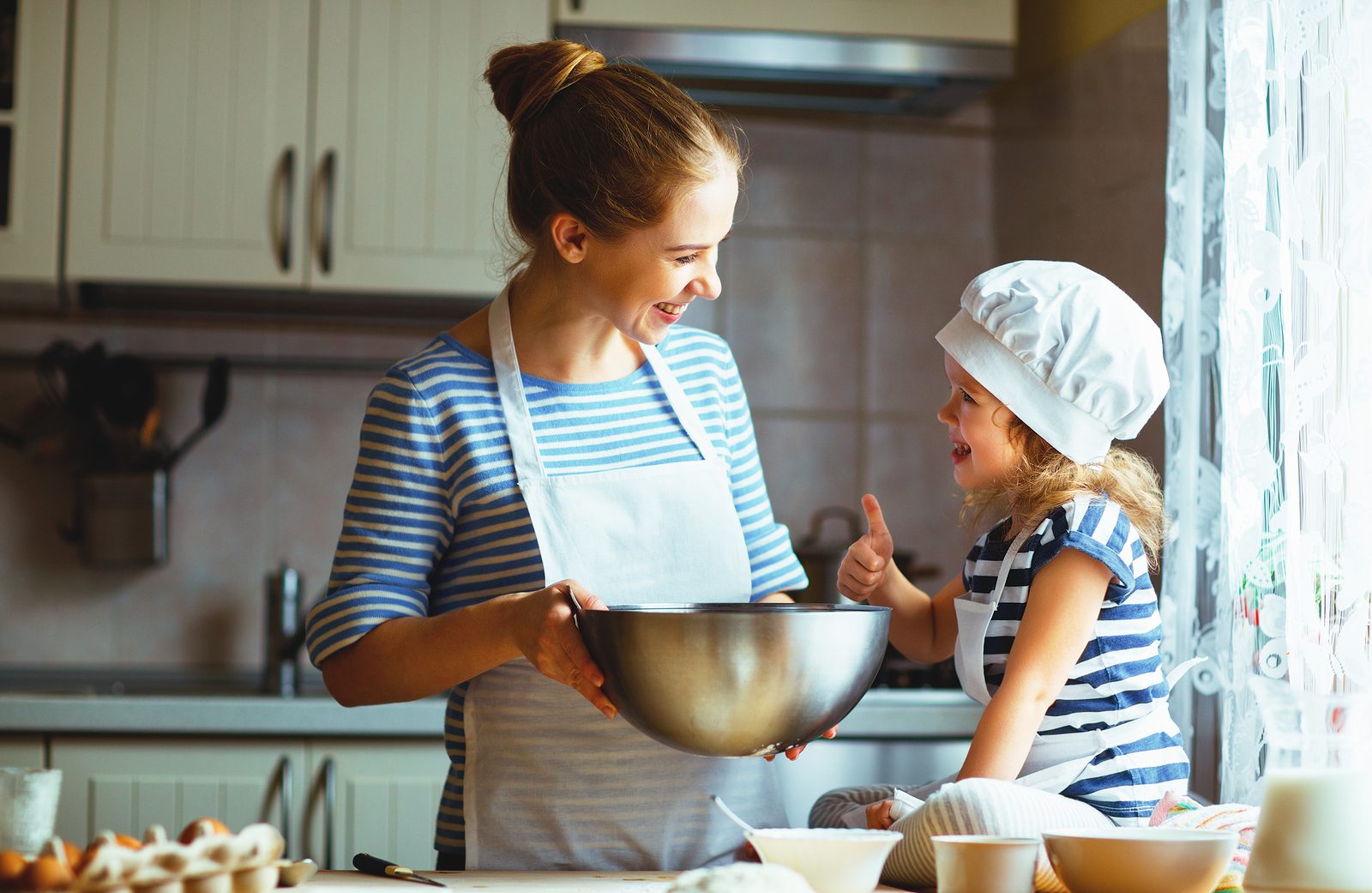 Nobody wants to deliberately hurt their children. We don’t sit up at nights thinking, how can I thwart my child’s progress or diminish their self-confidence. No, in fact, we go way out of our way to try and help our children be successful. We want to give them the ability to achieve, a belief in their capacities, a sense that if they try, they can do good things. We hope in every way that what we communicate to them will send messages of confidence and hope.

To do that, we praise our children and think in doing that they will develop a positive self-definition of themselves. “You are so smart.” “Aren’t you just the prettiest little princess?” “You are brilliant! Nobody ever learned that faster than you did.” “You are a winner.”

Unfortunately, according to Carol S. Dweck, a world-renowned psychologist at Stanford, this kind of praise can actually hurt your children by sending the wrong message. She says what you are telling children with this kind of praise that they have certain permanent traits and you are the judge of them. This helps them develop what Dweck calls a “fixed mindset.”

It makes children think that certain qualities or attributes are a given for them. It is who they are. The view they adopt for themselves profoundly affects their lives. Dweck says, “Believing that your qualities are carved in stone—the fixed mindset—creates an urgency to prove yourself over and over. If you have only a certain amount of intelligence, a certain personality, and a certain moral character—well, then you’d better prove that you have a healthy dose of them. It simply wouldn’t do to look or feel deficient in these most basic characteristics.”

Dweck continues, “Some of us are trained in this mindset from an early age. Even as a child, I was focused on being smart, but the fixed mindset was really stamped in by Mrs. Wilson, my sixth grade teacher…She believed that people’s IQ scores told the whole story of who they were. We were seated around the room in IQ order, and only the highest-IQ students could be trusted to carry the flag, clap the erasers, or take a note to the principal. Aside from the daily stomachaches, she provoked with her judgmental stance, she was creating a mindset in which everyone in the class had one consuming goal—look smart, don’t act dumb. Who cared about or enjoyed learning when our whole being was at stake every time she gave us a test or called on us in class?”

It is not only exhausting to live up to a label that you’ve been given in life by well-meaning parents, (“Oh, you’re such an athlete”), it promotes insecurity. If this strength defines you, then you’d better defend your label by always doing well. You better relentlessly prove your ability. Remember you are a certain kind of person, and, if you are not that, then what are you? Perhaps a failure or at least a disappointment.

Dweck said to listen for the messages in the following examples:

“You learned that so quickly! You’re so smart.”
“Look at that drawing. Martha, is he the next Picasso or what?”
“You’re so brilliant; you got an A without even studying!”

She said, “If you’re like most parents, you hear these as supportive, esteem-boosting messages. But listen more closely. See if you can hear another message. It’s the one that children hear:

“If I don’t learn something quickly, I’m not smart.”
“I shouldn’t try drawing anything hard or they’ll see I’m no Picasso.”
“I’d better quit studying or they won’t think I’m brilliant.”

Could it be that praising a child as if they had fixed qualities actually harms their motivation and inhibits their progress? What happens if they can’t live up to these accolades? Are they to spend a life worrying about being good enough for the praise their parents heaped upon them?

Dweck set out to study this and after seven experiments with hundreds of children, ”we had some of the clearest findings I’ve ever seen: Praising children’s intelligence harms their motivation and harms their performance.”

Dweck said, “Yes, children love praise. And they especially love to be praised for their intelligence and talent. It really does give them a boost, a special glow—but only for the moment. The minute they hit a snag, their confidence goes out the window and their motivation hits rock bottom. If success means they’re smart, then failure meant they’re dumb. That’s the fixed mindset.”

Children who get a fixed mindset, that they have certain qualities that define them, are often less willing to try new things, to be willing to experiment, to fail and then try again, to expend enormous effort trying to achieve. Listen to this mother quoted by Dweck:

“I want to share my real-life experience with you. I am the mother of a very intelligent fifth grader. He consistently scores in the 99 percentile on the standardized school tests in math, language and science, but he has had some very real “self-worth” problems. My husband, who is also an intelligent person, felt his parents never valued intellect and he has overcompensated with our son in attempting to praise him for ‘being smart.’

“Over the past years, I have suspected this was causing a problem, because my son, while he easily excels in school, is reluctant to take on more difficult work or projects (just as your studies show) because then he would think he’s not smart. He projects an over-inflated view of his abilities and claims he can perform better than others (both intellectually and in physical activities), but will not attempt such activities, because of course, in his failure, he would be shattered.”

How to Praise a Child

Does this mean that we give up praising children? Of course, not, but how we do it makes a big difference to their ultimate progress. What we want to give our children is not a fixed mindset—that this is who you are and how you have been defined. Because this mindset inhibits a child from trying new things and beginning to develop talents they are not sure they have, we have to look for ways, instead to help our child develop a growth mindset.

The growth mindset is based on the belief that your basic qualities are things you can cultivate through your own efforts. Dweck asks, “Do people with this mindset believe that anyone can be anything, that anyone with proper motivation or education can become Einstein or Beethoven? No, but they believe that a person’s true potential is unknown (and unknowable); that it’s impossible to foresee what can be accomplished with years of passion, toil and training.”

How do we praise our children then? Instead of praising them for their intelligence or their talent, we praise them for the work they put in, their ability to try something new, their willingness to stretch themselves.

“You really studied for your test and your improvement shows it. You read the material over several times, you outlined it, and you tested yourself on it. It really worked.”

“I like the way you tried all kinds of strategies on that math problem until you finally got it. You thought of a lot of different ways to do it and found the ones that worked!”

“I like that you took on that challenging project for your science class. It will take a lot of work—doing the research, designing the apparatus, buying the parts, and building it. Boy, you’re going to learn a lot of great things.”

“I know school used to be easy for you and you used to feel like the smart kid all the time. But the truth is that you weren’t using your brain to the fullest. I’m really excited about how you’re stretching yourself now and working to learn hard things.”

“That homework was so long and involved. I really admire the way you concentrated and finished it.

“That picture has so many beautiful colors. Tell me about them.”

“You put so much thought into this essay. It really makes me understand Shakespeare in a new way.”

“The passion you put into that piano piece gives me a real feeling of joy. How do you feel when you play it?”

Love Them, Praise Them

We love our children and we see them as superior—especially in their ability to win our hearts. It is natural, of course, to have superlatives about their being rush to our mouths. Consider, however, that we might give our children a whole new hope for life if we give them a growth mindset instead of a fixed one.

Next time you go to praise your child, stop for just a minute and think through what will allow them to make mistakes, to experiment, to learn something new, to look for a vast horizon, to fail and then get up again. The most successful people have a growth mindset. You can give your child one too by the way you praise.

Thank you, this is a much-needed message for parents and grandparents. I think of it this way: harmful praise is praise that invokes comparisons with others, or that accentuates factors beyond the control of a child, such as talents or gifts or luck. This leads to pride. On the other hand, praise that recognizes effort and wise choices can help a child focus on those things he or she can control. It isn't the gifts we've been given that are praiseworthy, it's making good choices and using our gifts in ways that benefit others.

Maurine....15 years ago as a Bishop at BYU I experienced what this article is talking about....several of my students had this superiority complex to the point that it really hurt them....growing up they had been told how great and wonderful they were to the point that they believed it. The shock to their nervous system was when they had to compete against other smart and talented kids and they found themselves not making the cut. I had to in a nice way explain to them that there are always people that are smarter, more good looking and more talented than us....that usually is the reality. However, we don't need to be the best.....we only need to do our best in whatever we set out to do. The other shocker to some of these young people was that they had never really had their parents say "NO".... we don't do that! They would come into me and try to explain how their actions were acceptable or they were the exception to the rule. Its' hard to grow up, but I have learned that when we sugar coat things to kids or don't tell them the way things really are....we are doing them a disservice. I imagine to many that seems old school....but I never left any doubt with my young ward members about what was expected.....they might not have always liked that....but I think they respected it!