How Will We Be Judged? | Meridian Magazine 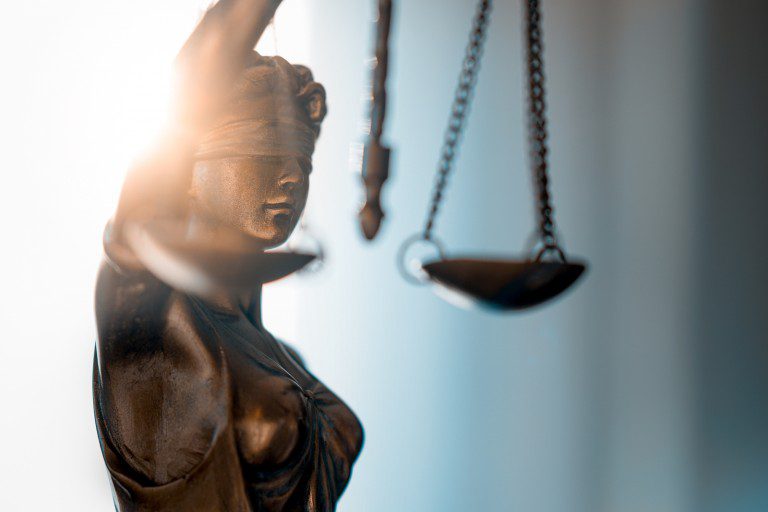 How Will We Be Judged?

I’m not even slightly confused about that.

And one of the implications of my not being God is that I’m not obliged to judge the eternal destination of the people around me or of the people about whom I read in history and hear on the news.

I find that deeply liberating.  When I consider many people that I’ve known who were genuinely bad in certain respects but remarkably good in others — Oskar Schindler will serve as a good public example of the kind of person that I have in mind — I’m enormously relieved that the task of judging them falls to Someone else.

Obviously, I’m often obliged to judge people on smaller issues for the shorter term.  Do I trust this person as a financial advisor?  Should I vote for my department to hire that person?  Does she seem reliable enough to be a babysitter?  Should I vote for Councilman Gladhander?

But I sometimes do wonder on what basis the ultimate Judge will decide.

And it occurs to me that the fundamental issue isn’t so much whether Jones affirmed proposition X or denied proposition Y or accepted creed Z as what it was that Jones fundamentally wanted.  What was the principal intent of his heart?

During this mortal life, only a relatively small proportion of the inhabitants of Earth will have heard so much as the name of the Church of Jesus Christ of Latter-day Saints, and a far smaller percentage still will have had any really clear idea about the Church’s teachings.  But that can and will be fixed in the next life, and via the work of the temples in this one.

However, over their lifetimes, most members of the human race will have had quite adequate opportunity to demonstrate what they wanted, what they really valued and desired.  In the useful phrase of the late German Protestant theologian Paul Tillich (1886-1965), their lives will, to a large degree, reveal what was, under all their activity and their talk, their “ultimate concern.”  Or, if you’re more comfortable with Star Trek references, their personal “prime directive.”  Over time and despite the occasional lapse, we show what we most want, what we value.  “For where your treasure is,” says the Savior at Matthew 6:21, “there will your heart be also.”

“All who have died without a knowledge of this gospel, who would have received it if they had been permitted to tarry, shall be heirs of the celestial kingdom of God; also all that shall die henceforth without a knowledge of it, who would have received it with all their hearts, shall be heirs of that kingdom; for I, the Lord, will judge all men according to their works, according to the desire of their hearts” (Doctrine and Covenants 137:7-9).

And the Lord is, we’re told, watching us carefully.  Lovingly, yes, but also carefully and discerningly.  As Ammon taught King Lamoni, God “looketh down upon all the children of men; and he knows all the thoughts and intents of the heart” (Alma 18:32).  Similarly, the New Testament Epistle to the Hebrews indicates that God “is a discerner of the thoughts and intents of the heart” and that “all things are naked and opened unto the eyes of him” (Hebrews 4:12-13).

I’m serenely optimistic about the fate of people, whatever their creed or lack thereof, who genuinely sought to do good, to find and serve the truth, to be faithful to what truths they knew or sincerely thought they knew.  They’ll be fine.  I’m less confident of the fate of the wicked, the cruel, the disingenuous, the coldly calculating, the malevolent, and the selfish.  Even there, though, I withhold final judgment.  I have no idea what made them what they were or are, and it’s not my place to pronounce judgement upon them.

I take this notion quite seriously.  Thus, on several occasions when people have posed to me what they plainly (and understandably) consider the ultimate test of my stance — “Well, what about Hitler?” — my reply has been that, while I certainly wouldn’t want to be in his position and consider him as good a candidate for an eternity of torment as anybody of whom I know, I really can’t say what went into making him the genocidal monster that he was, and that it simply isn’t my role to declare his ultimate fate.  I leave that to the Lord.

“We see only the results which a man’s choices make out of his raw material,” C. S. Lewis once wrote.  “But God does not judge him on the raw material at all, but on what he has done with it.”  In other words, as Lewis is also reported to have advised:  “Don’t judge a man by where he is, because you don’t know how far he has come.”

I have found it much more rewarding to think about our final judgment as a situation in which we choose whether we will follow Christ and that choice will depend on who we are--which includes what we "want" as well as the spiritual energy we have to pursue that path. The pattern for this is already set in this life based on the concept of "Repent". That is, we can indeed change, but that effort to change is generally not easy and requires real commitment. Our readiness to change is driven almost exclusively by who we really are at that time. Some individuals change dramatically after they have done something wrong while others become more entrenched in whatever they are doing wrong. Some change slowly but steadily as they move precept upon precept while others change very quickly after making a very determined and committed about-face. However that change occurs, the changes we are willing to make and have the spiritual strength to make (there are those for whom the saying "the spirit is strong but the flesh is weak" is very real and the dominating roadblock to making a righteous change). When I think of the judgment in this light, I no longer have to wonder whether that person has done enough good things that they will "make it"; rather, I know it is all up to them as to whether when that final judgment of determining whether we have the spiritual strength to truly follow our Savior they will be able to complete the full steps of repentance that requires us to become perfect. Just as in this life when learning a new language, it takes far more than just skill to become proficient. It requires long-term practice and patient "repentance" until we get it right. A lot of us are willing to quit when we've learned just enough to get by while shopping or eating out.

Everyone has a conscience. And I believe that a large part of that conscience is our ability to empathize with others. Whether you know of Christ or not, you have the ability to imagine what others would feel in a particular situation. This is key to treating others as we would be treated, to loving our neighbor as our self. It seems to me that how we followed our conscience, or ignored it, will figure to a large degree in our judgement.