Getting Past the Myths of “Gender-Affirming” Care | Meridian Magazine 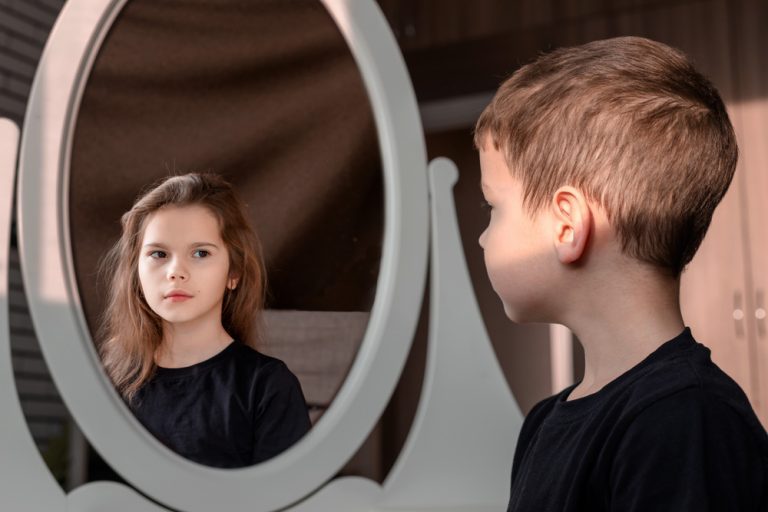 Getting Past the Myths of “Gender-Affirming” Care

The following was contributed by Emily Judkins.

Going through puberty was one of the most uncomfortable experiences of my life.

I grew up with five brothers. We had mud fights and roamed barefoot through the forest we lived in, falling out of trees and into cactus patches. My rough and tumble lifestyle didn’t seem to match up with wearing dresses and curling my hair for church. My patient mother, who was excited to have a little girl to dress up, was constantly attempting to persuade me to be feminine, but I would have none of it. I wanted to be like the boys. Unsurprisingly, it was infuriating and humiliating when my mom brought home my first training bra and told me her friend had pointed out I needed it. I loathed seeing my breasts and hips develop as my brothers got taller and deeper voices – seeing those changes in myself legitimately made me feel sick to my stomach. I was envious of my brothers because they would never have to experience the pain of a period or childbirth. At night, I would sometimes lay in bed and wish I had been born a boy.

Thankfully, I grew up in a time where girls weren’t told those feelings meant they were a man inside, and social media didn’t make me hyper-fixate on those uncomfortable feelings. By the time I made it through puberty, I was confident in my body and my womanhood. I embraced femininity and my differences from my brothers, and I was proud to make those differences my strengths.

Things could have been monumentally different if I had been raised now.

Mainstream media pushes the narrative that “Gender affirming care” is a child’s only hope of survival for discomfort with their gender or sexuality. Medical professionals give concerned parents an ultimatum: Transition their child, or watch helplessly as their child is driven to suicide. Any type of third option is labeled “conversion therapy,” a term that once referred to malicious practices like electroshock therapy that tried to force people to conform to normal sexual behavior. Today, conversion therapy (as defined by GLADD) is “ any attempt to change a person’s sexual orientation, gender identity, or gender expression.” A definition that broad includes simply questioning a gender-confused person’s decisions. Such therapy is currently  illegal in 14 states.

The current “correct” method of help for people who struggle with this disorder is called “gender-affirming care.”  Individuals with gender dysphoria are “affirmed” in their confusion and offered hormones, puberty blockers and surgeries in an attempt to align their bodies with their dysphoria. Reports have increased of individuals being prescribed puberty blockers after just one visit with a therapist or doctor. There seem to be very few barriers preventing them from taking drugs that will impact their body in the long term.

This lie causes serious harm to children who are trying to navigate the ups and downs of puberty. Confused teens are being encouraged to alter their hormones before their natural hormones are given a chance to settle into their bodies. Statistically, anywhere from 60-90% of gender-confused children grow out of their dysphoria by adulthood, which means the majority of all children who express gender confusion would identify with their biological body after going through puberty. Looking at the stories of many individuals who have gone through “transitioning,” we see permanent consequences and intense medical and mental health issues.             Even the LGBT hormone website “FOLX” (which depicts medically transitioning as a simple fix with no long term health risks) recognizes that there are aspects of puberty blocker usage that are permanent. They state that taking testosterone leads to permanent hair growth and a deepening of the voice in women. They also acknowledge that there is a lack of research into whether testosterone leads to an increased risk of cancer. The fact that studies are limited should encourage us to at least proceed with caution when it comes to hormone replacement.

Myth 2: There are only two options: transition or suicide.

Recently, a study portrayed data that indicated puberty blockers and transitioning did lower the risk of suicide, implying that gender affirming care alone could save those with gender dysphoria. This outcome was surprising to Jay Greene of the Heritage Foundation, seeing that many studies show that mental health actually declines after hormone replacement. Greene then observed there was a second, equally compelling, reason amidst the data for the decline in suicide rate: the relationship between parent and child.

The data on the study showed that the teenagers who transitioned all claimed to have a strong, supportive relationship with their parents. Those in the study who were still at risk of suicide were both unable to transition medically and had poor relationships with their parents. The study claimed that transitioning reduced the suicide rate of those with gender dysmorphia, but Greene pointed out that the study ignored the relationships the children had with the parents. Not only that, but Greene showed evidence that states with more lenient transitioning laws have higher suicide rates than states with stricter laws.

Hormones alone don’t seem to be the solution, as illustrated in this example:

After her 13-year old daughter came out as transgender, one mother was told that she needed to transition her daughter immediately. This mother wanted the professionals to look into the deeper issues her daughter was facing, to see if there was an alternative solution or reasoning behind the daughter’s gender confusion, but the professionals all said there was no option outside of transitioning, claiming if the mother didn’t affirm her daughter as a male, the daughter would kill herself. The mother says her refusal to put her daughter on puberty blockers destroyed their family, but not in the way the doctors were claiming.

This young girl called CPS (Child Protective Services) on her mother for not allowing the daughter to transition into a male. CPS found the living situation adequate and allowed the daughter to remain in her mother’s home, though only if the mother received “education” from a transgender person. The then 17-year-old daughter ran away to a state that had lenient transitioning laws and got a double mastectomy and a hysterectomy. In the words of this broken-hearted mother, “My once beautiful daughter is now nineteen years old, homeless, bearded, in extreme poverty, sterilized, not receiving mental health services, extremely mentally ill, and planning a radial forearm phalloplasty (a surgical procedure that removes part of her arm to construct a fake penis).”

This mother was undermined by state laws and medical professionals. In other cases, teachers and school administration are affirming student’s gender confusion and keeping it a secret from parents. Mass media is driving a divide between parents and their children, with social media giving way to illegal markets attempting to give away hormones to any gender confused child, “no questions asked.” What some may think is affirming and lifesaving is actually ruining lives. Had this mother been supported by the government and medical professionals, her daughter’s story may have been one of hope. Instead, it serves as a cautionary tale to parents everywhere.

A Shift in the Debate

The public is beginning to see through the fog created by gender activists and a complicit media, to now understand the tremendous damage being done to children.  As of spring of 2022, four states have passed legislation to protect minors from the harmful effects of “gender-affirming care,” with another 15 states having introduced similar legislation.

Medical authorities in Sweden and Finland have already taken steps to reign in the gender-transitioning craze sweeping their countries.

In July, one of the first “gender affirming” clinics in the world, London’s Tavistock Clinic announced it will be closing its doors. The Tavistock Clinic’s media-approved line was that the British health system was going a different direction and placing more emphasis on regional clinics for gender care.  Within days, the public was made aware that approximately 1000 families had filed a class-action lawsuit against the Tavistock Clinic – alleging negligence and misfeasance in the medical treatment of their children with gender dysphoria.  There will surely be many similar lawsuits to follow.

“Within not too short a span of time, not only conservatives but most liberals will recognize that we have been running an experiment on trans-identifying youth without good or certain evidence, inspired by ideological motives rather than scientific rigor, in a way that future generations will regard as a grave medical-political scandal.”

Gender activists, including much of the medical community, tell us there is no harm in children transitioning because it is reversible. They tell us gender-confused kids either transition or die. Yet, teenagers who struggle through puberty, like I did, are being walled away from what could truly make a difference to them: parental involvement.

Instead of jumping on the “gender-affirming” bandwagon, with parents losing rights to help their children make major life decisions, we should be seeking all the facts. Treatment for gender confusion isn’t as black and white as we’re being led to believe. Don’t buy into the gender activist’s myths. Show your children they don’t have to either.

Emily Judkins is a research specialist for United Families International. She received a Bachelor’s Degree in Marriage and Family studies from Brigham Young University of Idaho and is passionate about issues surrounding the family. She currently lives in Southern California with her husband.

Like the author, I was a tomboy and loved hunting, fishing, climbing trees, wearing blue jeans and flannel shirts. I was envious of the boys because of all they good do, that I couldn't do. At times even wishing I was a boy! I am so glad that I was allowed to go through puberty and become the woman I am today. I eventually grew curves and wasn't sure I liked them. But those curves enabled me to bear children and become a mother and receive blessings beyond measure.

IM glad this is being dealt with. i think there must be a difference between people who are homosexual then people who have gender dysphoria. i have a homosexual son and he doesnt want to change his body into a girls. neither does his partner. i myself believe that it all is a disorder in the body itself. that somehow in the genetic make up while the child is in utero, something happens. my son started exhibiting his homosexuality when very young. he didnt know it but his brothers and sister noticed it. then when puberty hit he noticed it and had to live with it. he didnt come out until he was in his 30's but he told us he knew when he hit about 11yrs old. i wish there was more investigation into a physical disorder that causes any of these things.