Four Ways to Shore Up Our Faith | Meridian Magazine 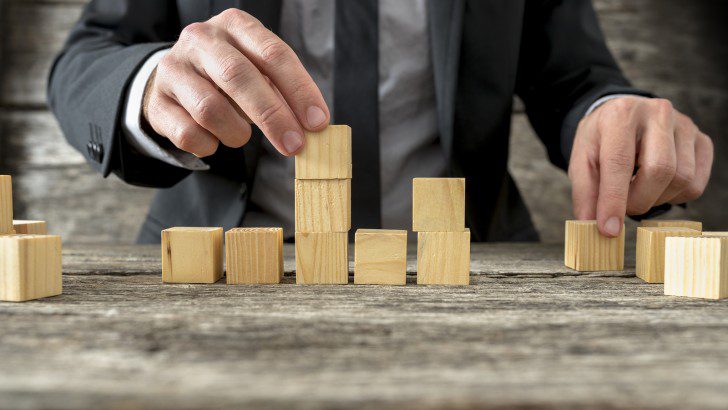 Four Ways to Shore Up Our Faith

We assume the best, we assume the worst. We assume what others are thinking or how they may behave in any given situation. Assumptions are the beliefs which drive what we infer from the world around us. Practically every second of our waking hours we infer things about our environment and the people around us because of belief-based assumptions. Quite frankly, we couldn’t navigate through life is this wasn’t so.

With so many things coming at us from all directions, assumptions help us make quick decisions so we don’t get stuck like a deer in headlights when we decide to go outside, drive to the store, or choose what we want on our pizza.

Dr. Daniel Kahneman, a well-known non-LDS psychologist. explains that we humans have two metaphorical ways in which we think. He calls these System 1 and System 2.[i]

System 1 is the fast-acting assumption-driven method. It’s the instinctive level that gives us our gut reactions, our knee-jerk responses, and sees initial patterns. It is ready to contribute at a moment’s notice, is typically the first system called up in our brains, and the one which creates a coherent interpretation of what’s going on. System 2 on the other hand, is lazy (and thinking literally uses a lot of energy) so it usually kicks in when System 1 is overwhelmed, when more brain power is required, or when System 1 needs some confirming support.

Because it’s impossible to analyze everything all the time, we generally must rely on instincts formed by past experiences and contexts—in other words, we have to rely on assumptions—on System 1’s preconceptions, biases, pattern recognition, and predictions in order to think. System 1 draws on past experience—either recent events or distant memories—to formulate a quick assumption. If System 1 can get away with it—and it often does—it deals with inconsistences by filling in the blanks, smoothing over the rough spots, and by fabricating coherency. What a mess we are as humans.

Sometimes Latter-day Saints get criticized for believing in the Church (or the Book of Mormon, or the prophet, etc.) because of “feelings.” Anyone who has received a testimony from the Holy Ghost, however, knows that a spiritual witness is much more than feelings. One of the wonderful things I love about this Church is that we don’t believe that feelings alone are the path to knowing truth. We believe in both study and faith (D&C 88:118).

While critics equate the LDS “burning in the bosom” with emotional feelings, and claim that feelings are a poor source for knowing truth, the fact is that more and more psychological studies prove that all people apply non-rational “feelings” in their process of making important decisions. It’s a part of humanity from which we can’t escape. We certainly hope that logic and rationale are part of the process we use when making decisions that affect important details of our lives (or the lives of others). But rational thinking—study after study has shown—is not the sole tool our brains and hearts employ when coming to conclusions.

Our System 1 brains make assumptions. System 2 can either help System 1 see some errors in those assumptions, or can create evidence to confirm those assumptions. Ultimately, to make life manageable, we settle with beliefs with which we find comfort (otherwise we would never be able to decide what shirt to wear before leaving the house). When a belief is formed, System 2 comes up with rational support to confirm that we have made the right decision—even though at least part of System 1’s conclusion is driven by emotion rather than logic. And yes, this includes the “beliefs” of atheists and agnostics. So to claim that Latter-day Saints use “emotion” when determining truth, is like claiming that Latter-day Saints are human.

All people apply extra-rational ingredients when forming their beliefs. For those who belief in the divine, at least a few ingredients include spiritual elements. Richard Hooker, a 16th century Anglican Theologian wrote that the sources of spiritual authority are Scriptures, Tradition, and Reason. Later writers described these three sources with the analogy of the legs of a three-legged stool—each leg is necessary to holdup the stool. We might modify this approach for LDS use with an analogy of a four-legged table. In Mormon thought the sources of spiritual authority would be Scripture, Modern Prophets, Personal Revelation, and Reason.

As truth-seekers we should make every effort to include all four of these ingredients into the spiritual and intellectual process that generates our individual beliefs. Utilizing all four factors helps us arrive at truth—it doesn’t guarantee we’ll arrive at ultimate truth because, once again, that’s not possible for mere mortals. We have a better chance, however, of arriving at truth if we apply all four ingredients compared to using only a few of the components.

Unfortunately, from my many years of experience helping those who have struggled with intellectual issues that have challenged faith, I’ve found that many Latter-Day Saints do not apply all four components to their approach of determining truth. Using one or two of the tools may serve some members well, but others members may end up with damaged testimonies when something shakes their faith.

From my personal perspective too many members lean unevenly on the legs of Scripture and Modern Prophets. Now admittedly, those are pretty big legs when we measure spiritual truth, but God has given us two more tools that we shouldn’t brush aside.

Several years ago my friend Ben McGuire pointed out one of the more useful lessons we learn from the story of Lehi and Nephi’s vision of the Tree of Life. Lehi saw the tree in a vision and shared the information with his family. Nephi wanted to experience the spiritual manifestation as well, so he turned to the Lord and experienced his own vision of the tree (and apparently saw some things that weren’t mentioned by Lehi).

When Nephi told Laman and Lemuel that he, like his father, has seen the Tree of Life vision his brothers complained that they didn’t understand the vision. Did you ask the Lord? Nephi asked his brothers.

In addition to personal revelation, I fear that we sometimes overlook Reason in our quest for finding truth. God gave us brains and expects us to use them. While we must certainly live, at times, by faith we don’t need to live by blind faith. I personally am utterly opposed to the idea that God is some sort of deceiver who makes the geological, archaeological, genetic, or other scientific evidences appear to support a view contrary to traditional assumptions. Truth is truth and if there is evidence that runs contrary to one of our beliefs, it could mean that more secular truth is still to come, but it could also mean that our belief is based on an unwarranted assumption rather than on an eternal truth.

For example, in 1963—more than a decade before black Latter-day Saints were allowed to receive the priesthood—the late LDS scholar Eugene England met with Apostle Joseph Fielding Smith (who would later become president of the Church) and discussed the belief that black people were less valiant in the pre-mortal existence. Brother England recalled:

I got an appointment with him [Joseph Fielding Smith] and asked him directly if I must believe in the “pre-existence hypothesis” to have good Church standing. He replied, “Yes, because that is the teaching of the scriptures.” I asked him to show me the teaching in the scriptures, since I had not been able to see it there. President Smith patiently went through the sources with me, particularly the Pearl of Great Price, and then he said something quite remarkable: “No, you do not have to believe that Negroes are denied the priesthood because of the pre-existence. I have always assumed that because it was what I was taught, and it made sense, but you don’t have to believe it to be in good standing, because it is not definitely stated in the scriptures. And I have received no revelation on the matter.”[ii]

Assumptions drive our inferences about the things which we encounter. Sometimes they are right, sometimes they are wrong. We need to be careful that we don’t elevate our personal assumptions to the state of revelation, indisputable fact, or eternal truth. Faulty assumptions about what we should expect from prophets, scriptures, or even from God, can set us up for problems when these assumptions are not met. In such scenarios we may feel that prophets, the scriptures, or that God has failed rather than recognizing that we have built a house of beliefs on the sandy foundation of mistaken assumptions.

If we shore up our beliefs with the words of past and living prophets, personal revelation, and intellectual study and judgement, we will build a stronger foundation that should weather storms of spiritual disaffection.

[ii] Eugene England, “Are All Alike Unto God? Prejudice Against Blacks and Women in Popular Mormon Theology,” Sunstone April 1990, 20.

Thank you for this thoughtful article. I didn't fully realize how privileged I was to have Eugene England as a professor at BYU. He encouraged us to think deeply and ask questions. I agree with Ronald's comment that much of the confusion in the church comes from faulty assumptions. I have allowed myself to accept that leaders in the past have made mistakes--they were and are imperfect just as we are. But God has used them just as he uses us to accomplish this latter-day work. I appreciate the great insights from gospel scholars in helping make sense of many of my unanswered questions while accepting that some questions cannot be answered right now.

It is also insightful to consider the ancient prophets and scriptures that demonstrate that prophets don't always know all the answers, and sometimes state opinions that are corrected in time, eg Apostle Peter and the gentiles, Moses accepting counsel from Jethro, Paul's teachings about women. Paul goes on to say "for we know in part and we prophesy in part...". I think it is modern man or even the secularized church that has promoted the idea that prophets must know everything. We must accept responsibility ourselves in ascertaining truth, and yes, sometimes we must wait faithfully for that truth to be revealed.