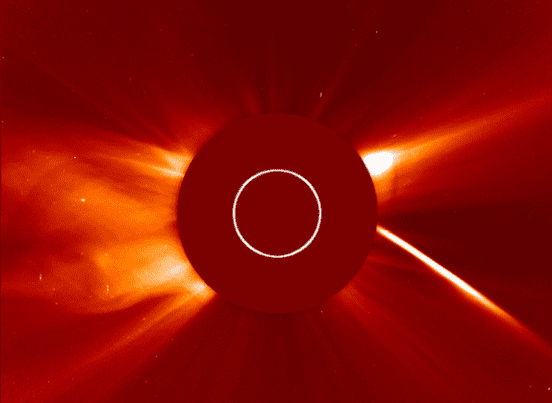 Death Dive! Comet Plunges into the Sun at Mind-Blowing Speed

A comet with a death wish met a truly fiery end Aug. 4 when it was destroyed by the sun after diving toward the star at a truly jaw-dropping speed. It is one of the brightest sungrazing comet events in over two decades, one scientist says.

Video of the comet’s death dive into the sun was captured by the Solar and Heliospheric Observatory (SOHO) between Aug. 2 and Aug. 4. It shows the comet zooming toward the sun at nearly 373 miles per second (600 kilometers per second). That’s a mind-boggling 1.34 million mph!

Comets like the one swallowed by the sun are known as Kreutz sungrazers, and are characterized by orbits that take them incredibly close to the sun. Kreutz comets are believed to be fragments from a single large comet that broke up into smaller pieces thousands of years ago when it got close to the sun and the ice binding it together evaporated.