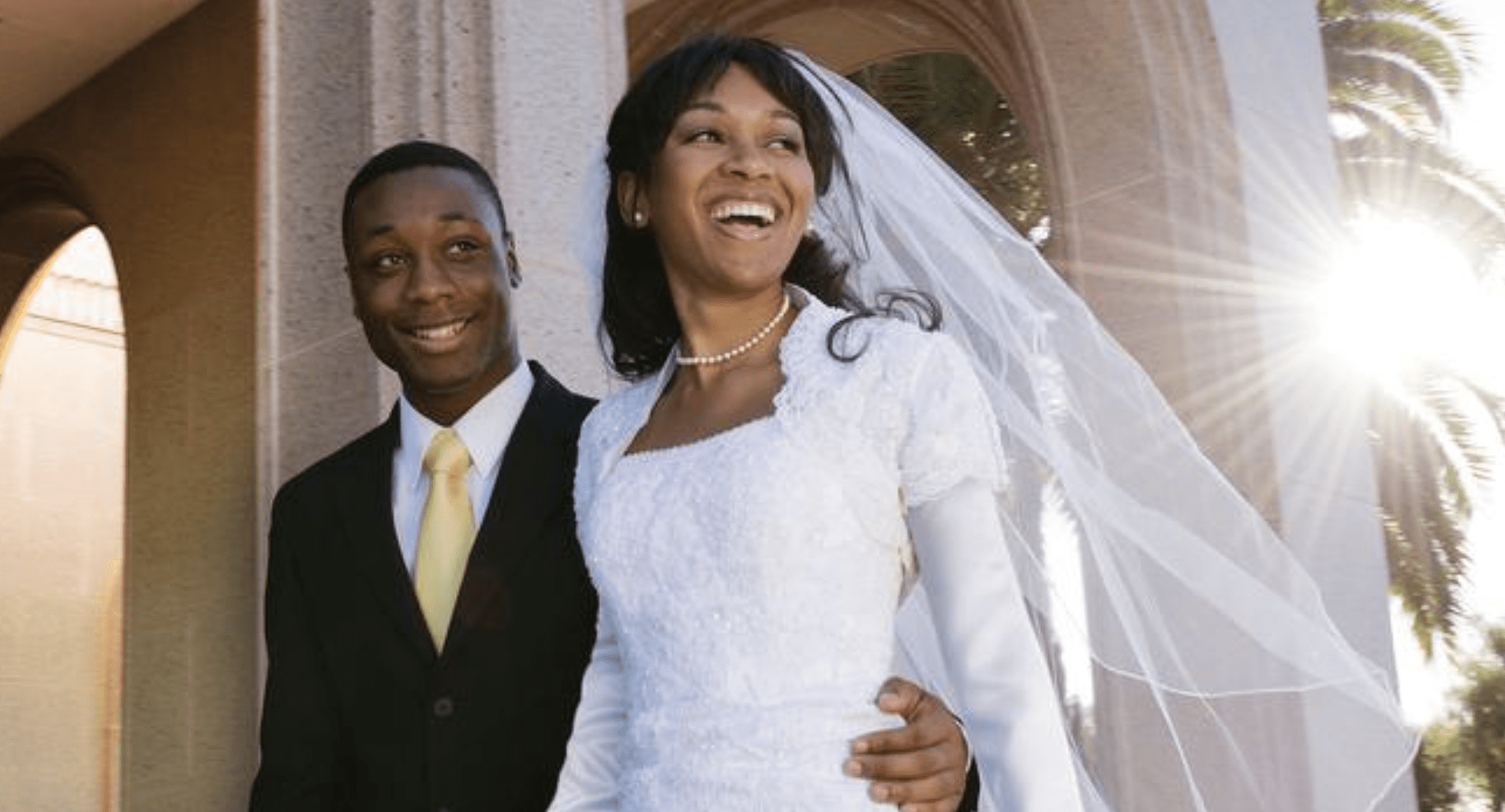 The First Presidency of The Church of Jesus Christ of Latter-day Saints announced Monday that a civil marriage between a man and a woman will no longer necessitate waiting a year for that couple to be married (or sealed) in a temple. The change means Latter-day Saint couples can look forward to a temple marriage as soon as their circumstances permit.

The new policy sets a single global standard for Latter-day Saints around the world. The Church has observed this practice for many years in more than half of the countries where the worldwide faith resides. In those countries, couples are required by law to marry civilly first.

“Where possible, leaders should encourage couples to be both married and sealed in the temple,” says a First Presidency letter to Church leaders around the world. “Where a licensed marriage is not permitted in the temple, or when a temple marriage would cause parents or immediate family members to feel excluded, a civil ceremony followed by a temple sealing is authorized.” The First Presidency also stated, “This change in policy should not be interpreted as lessening the emphasis on the temple sealing. The sealing of a husband and wife in the temple is of eternal significance and a crowning experience on the covenant path.” (Download the full letter and Q&A enclosure.)

Church spokeswoman Irene Caso, who is from Madrid, Spain, shared her excitement and personal experience related to this new policy. “In 2005, my husband and I were married. We had a beautiful civil ceremony on the afternoon of December 15 at a city hall. Later that day, in a more private setting, we were sealed in the Madrid Spain Temple. After going to the temple, we all celebrated with music and dance. Most of my immediate family and friends are not members of our faith, so it was especially meaningful for us to have them witness our civil union and help them feel included in the festivities of the day. These changes announced today will bring the same happy and memorable experience to many families throughout the Church.”

The Church asks that these civil marriage ceremonies be simple and dignified. Couples may use chapels owned by the Church for these ceremonies. Regardless of location, the temple sealing should be the central focus of the marriage and provide the spiritual basis on which the couple begins life together.

Newly baptized Latter-day Saints will continue to wait a year from the date of their confirmation to be married in a temple. This aligns with the Church’s long-standing policy of allowing new converts to gain a greater understanding of their faith which includes learning about the sacredness of a temple and the sacraments, or ordinances, that take place in temples.

During that year, new members are encouraged to obtain a limited-use temple recommend that allows them to serve in a temple baptistry. The Church also encourages new members to learn about their ancestors and gather their names for temple service.

Thank you President Nelson! The old policy was exclusionary and insulting to my wife and I who were converts and the only members of our respective families. I don't regret avoiding the disappointment, resentment and hard feelings this would have caused towards us and the Church from parents and grandparents. Even more shameful was how a small minority of hard-line church members and leaders treated us for our decision to marry with our families present. Thankfully most of our LDS friends understood our situation as did the Lord.

My wife Terttu Tuulikki Aunola and I were married in England as she was working there at the time (1960). Under English law we had to not only be married by an LDS Branch President, we had to repeat the vows before an English magistrate. LDS rules at that time insisted we would need to wait a year for a temple sealing, however since neither one of us was an English native (she was a Finn and had previously gone through the Temple as I had) and I was in the US military London Temple authorities made the decision that we could be sealed later the same day. I am most pleased of this newest decision. What a joy it will be for those having nonmember family and friends.