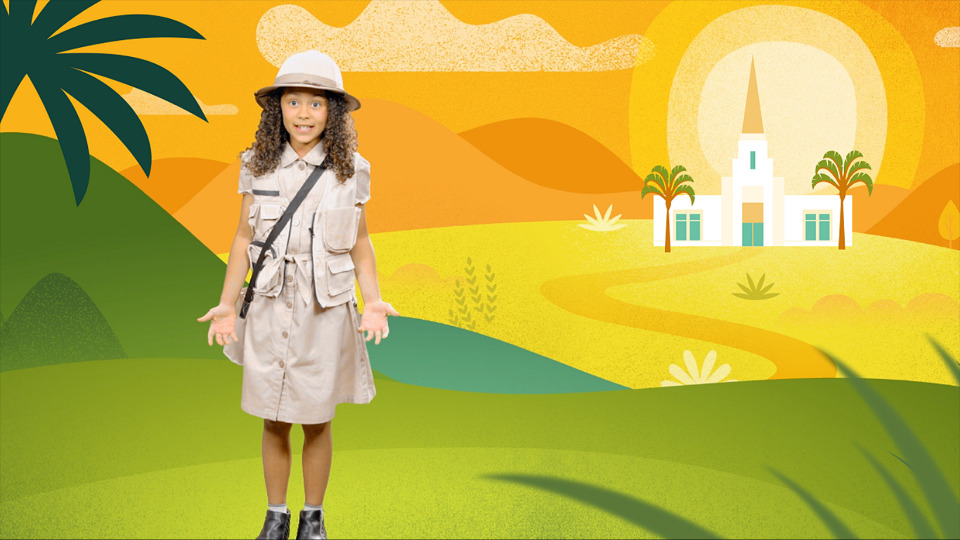 Children ages 3-11, their parents and Primary leaders and teachers are invited to watch an upcoming Friend to Friend virtual event with activities, music and messages from Elder Gary E. Stevenson of the Quorum of the Twelve Apostles and the Primary general presidency.

The Face to Face-style broadcast, titled “Temples Are the House of the Lord,” will be available starting Saturday, July 30, at 10 a.m. Mountain Daylight Time (MDT). The broadcast was previously scheduled for July 16, 2022, but was rescheduled so all languages will be released at the same time.

The video broadcast will be produced in English, Spanish and Portuguese. Additionally, translated versions will be available in French, Italian, German, Russian, Korean, Japanese, Mandarin and Cantonese, according to information about the event posted on ChurchofJesusChrist.org.

Video segments to be made available on demand

Like previous Friend to Friend broadcasts, parents are encouraged to watch the event with their children at their convenience — during the live broadcast, during home evening, on Sunday or at another time. The event will have short segments that can be watched over and over again.

These videos will be available in all languages listed above on broadcasts.ChurchofJesusChrist.org, the Gospel for Kids YouTube (English, Spanish, and Portuguese), Gospel Library, and Gospel Media.