Casting Stones in Abortion Debate is Wrong, but so Is Accepting Abortion’s ‘Necessity’ | Meridian Magazine 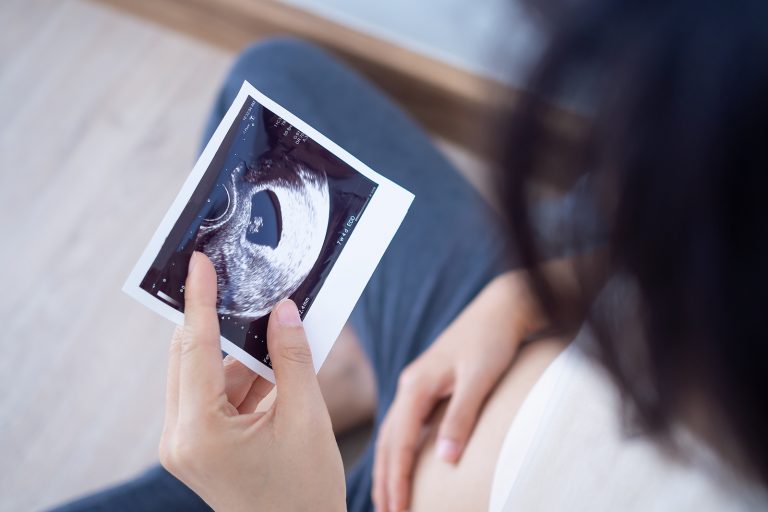 Casting Stones in Abortion Debate is Wrong, but so Is Accepting Abortion’s ‘Necessity’

The following was contributed by Jenet Erickson and Daniel Frost.

Clearly, any woman who finds herself under this kind of strain should merit our deepest compassion. OB-GYN Kellie Woodfield highlighted the need for such compassion in a recent op-ed. Woodfield explained that since the first time she witnessed an abortion, she has “been very sensitive to the rhetoric of ‘othering,’” which she defined as using language or stories “that set us apart” from “God’s children,” including those that choose to have an abortion.

Woodfield was responding to a talk by Elder Neil L. Andersen, a member of the Quorum of the Twelve Apostles of The Church of Jesus Christ of Latter-day Saints, in which Elder Andersen called on his listeners to “to love, honor, nurture, safeguard and welcome those spirits who are coming from the premortal world.” Woodfield was concerned that this and other rhetoric might be used to “cast stones” at women who choose to abort. Though we disagree with Woodfield’s broader argument, her sincere concern hints at the difficulty that surrounds discourse on abortion.

The debate has fueled what Mathewes-Green aptly describes as “an unnatural and even bizarre concept — that women and their unborn children are mortal enemies.” She explains, “We’re supposed to picture the child attacking her, trying to destroy her hopes and plans,” and the mother, “grateful for the abortion, since it rescued her from the clutches of her child.”

Surely, genuine compassion demands that we see them together, addressing the challenges facing the mother while honoring the developing life she carries. In the words of a common pro-life slogan, we must “love them both.” That is undoubtedly why Elder Andersen called on us to “reach out with love, encouragement, and when needed, financial help, strengthening a mother in allowing her child to be born and continue his or her journey in mortality.”

In the years since abortion was legalized, ultrasound technology has revealed just how human this life is. By 9-13 weeks, when more than 50% of abortions take place, a developing human already has all of the vital organs needed to sustain life, can open and close its mouth, frown, squint, make a fist and kick.

A majority of Americans today believe that a fetus is “a unique life” in the early stages of a developmental process that will continue until old age. Nearly 75% of Americans say abortion should be limited to — at most — the first three months of pregnancy. And even in the first trimester, a majority (53%) agree abortion should be illegal when the woman’s only reason is not wanting to have a child.

As Woodfield makes clear, it could never be right to throw stones at or “other” women in challenging circumstances. But recognizing and affirming the inherent worth of both the woman and the unborn child need not involve throwing stones or “othering.” After all, could there be a greater act of “othering” than to declare that this vulnerable subset of humanity — nascent life — doesn’t merit protection against violent and harmful acts aimed at aborting them? In her own journey, Mathewes-Green was an advocate for abortion because she “had always been on the side of the oppressed and voiceless.” But she found herself in the middle of a profound contradiction: “Do we really want to advance a principle that big people have more value than small people? That if you catch them before they’ve reached a certain size, it’s all right to kill them?”

True compassion also demands that we ask what kind of a world we have created where so many women feel “trapped” into taking the life of their own developing child. If what we all want is a world without “the necessity” of abortion, we will have to take seriously the fallout of “sexual liberation.” Widespread access to contraception and abortion claimed it would make women “equal” to men — free to engage in sexual relations without permanent consequences. Instead, in Sally Cline’s words, what it achieved was “not a great deal of liberation for women but a great deal of legitimacy for male promiscuity. …” “Liberated” women today find themselves trapped between destroying the fragile, dependent lives their bodies were designed to protect or trying to rear children to maturity on their own.

Abortion does not remedy inequality for women. It entrenches it. “All the complexities” including men’s responsibility for life they create, are shoved down the funnel of abortion. And as Mathewes-Green continues, “She is expected to keep that pain inside for a lifetime, and be grateful for the gift of abortion.” True compassion has to mean carefully addressing women’s needs, including taking seriously what Erika Bachiochi calls the “sexual asymmetry” between men and women, not masking those realities.

Empowering women with the truth

Surely it also means empowering women with the truth that even in facing an unwanted pregnancy, they still have a choice. Using terms like “caught in abortion” — though understandable — ultimately diminish the idea that women really do have agency in such matters. Low expectations, that downplay the significance of choice or the ability of people to choose, are not compassionate. Indeed, suggesting that some women are incapable of making decisions serves not to empower, but to unintentionally “other” them.

To be clear, those that would seek to help should always meet people where they are and strive to understand, but they should also see their potential to make noble choices — choices that honor both their own life and the life of the child they can bring into being.

This  article previously appeared in the Deseret News.

We don't condone killing of toddlers or teenagers or elderly people who are inconvenient, or expensive. Why are babies different?

Pro Choice not Pro Abortion - an intended choice of words no doubt. All anti abortion legislation should insure that all avenues have been made available to women to receive assistance from youth to adulthood, education, medical and financial, to insure all pregnancies are cared for both mother and baby, and that all babies might come to full term should be the goal.