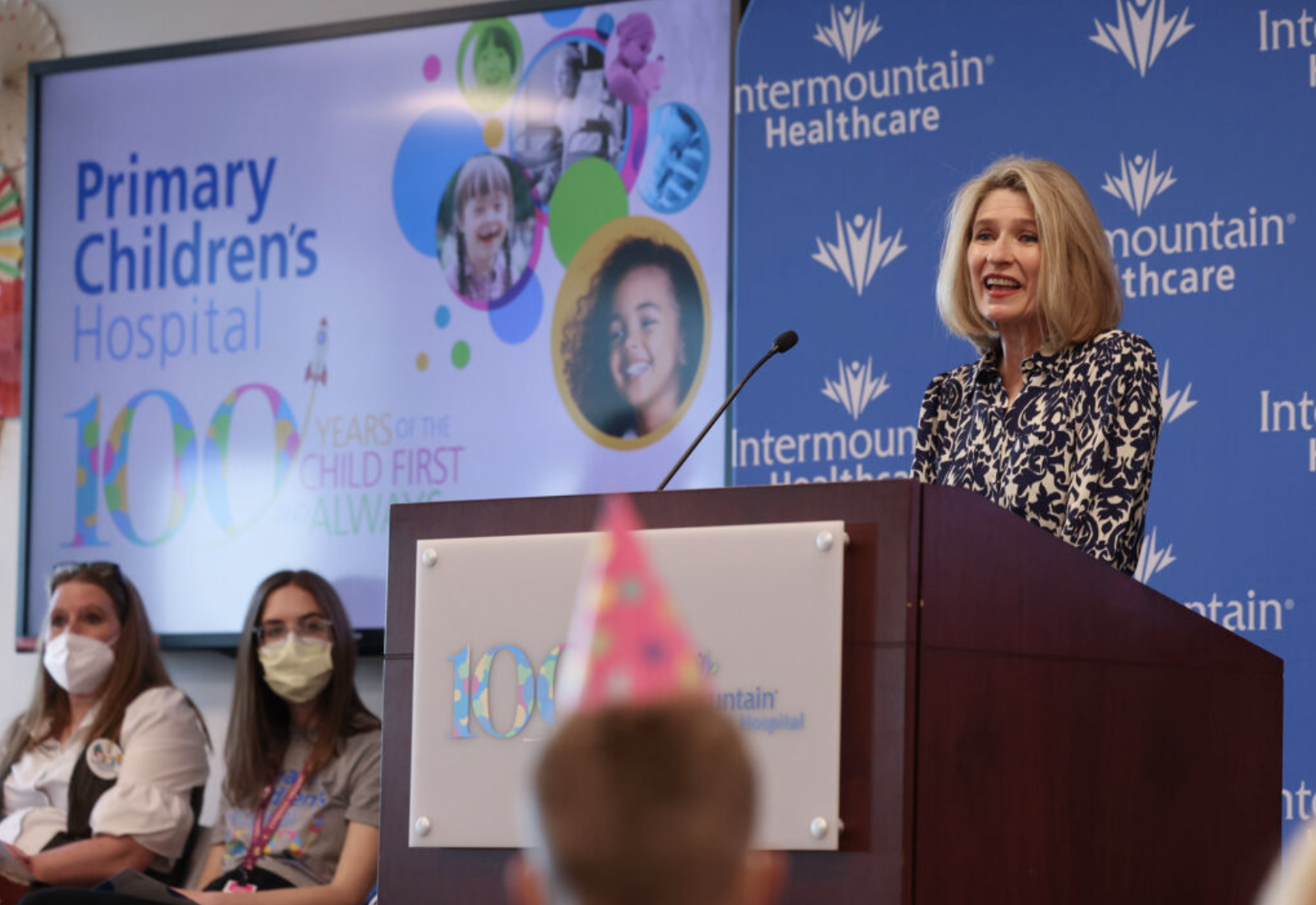 “Caring for children includes providing for their physical needs which this hospital and its dedicated professionals and volunteers have done so beautifully for the last 100 years,” President Johnson said to the large crowd gathered there for a special program.

Intermountain Primary Children’s Hospital celebrated its 100th birthday on Wednesday, May 11, marking a century of pediatric care and service to children throughout the Intermountain West.

Founded by and named for the Primary organization of The Church of Jesus Christ of Latter-day Saints in 1922, Primary Children’s Hospital has been driven by this promise: “The Child First and Always.”

President Johnson expressed her personal appreciation “to the devoted medical professionals, administrators and volunteers who have made this hospital a place of healing.”

She said her children and now grandchildren have been blessed by the hospital in the foothills of Salt Lake City by the University of Utah.

“In the early 1990s, when my oldest son needed a simple surgery, I came to Primary Children’s. I will never forget the smile on his face when they wheeled him into the operating room in a little red wagon. The tender and thoughtful care he received, and that I received, at a time of high anxiety was a great blessing to my family.”

The beginning and growth of Primary Children’s Hospital

The idea for a children’s hospital began in 1911, when the first Primary general president, Louie B. Felt, and her first counselor, May Anderson, saw the plight of sick children struggling with crutches on the streets of Salt Lake City and asked that a care facility be established just for children.