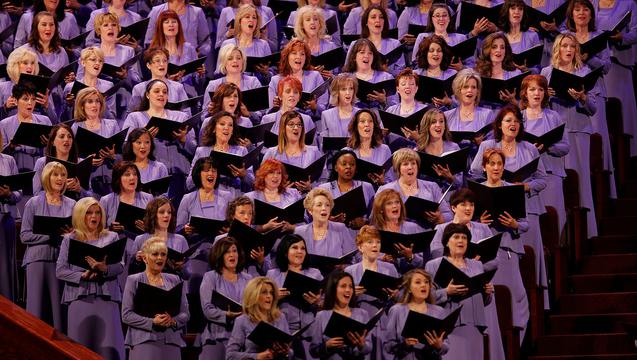 “Don’t do drugs.” That’s what they started saying in about 1966. (It’s interesting to me how the verb “do” has come to get done. I mean, drugs were something that were once “taken,” rather than “done.” We now “do” lunch, a thing we used to eat. We “do” “it,” if we choose to follow the exhortation of the Nike shoe factory. Or Spencer W. Kimball. We “do” the hokey-pokey, which we used to… well, I guess the hokey-pokey may have been the original “do.”)

But I want to turn that first sentence around to say “Don’t let drugs do you!” I’ve recently had some interesting experiences which may demonstrate the bizarre effects that drugs can have on one. Or two, if you’re collaborating with someone else in creating your monthly column for Meridian Magazine, which I’m not.

Some months ago I asked my doctor if he could prescribe something to help me get to sleep at night. Being chemically educated, he said “Sure!” and wrote me up an order for Ambien, which is said to be comprised entirely of chemicals. He said “If you can’t get to sleep on your own in about fifteen minutes, take one of these!” I’ve learned to moderate his very friendly and pharmacopoeia-venerating counsel into “If I can’t get to sleep after an hour for several nights in a row, I take one of these.” It puts me to sleep pretty quickly, which is what this drug is supposed to “do.” But if I don’t follow the advice on the label to “go directly to bed,” this drug “does” to me strange things.

An example: In pursuit of what I like to think of as an essential form of gentlemanly expression, but what can only rightly be called a hobby, I often write a few lines in the back of my journal just to test out a new fountain pen or ink, or test a nib with which I’ve been fiddling. I write whatever comes to mind or, skipping the mind altogether, whatever comes to hand. Sometimes it makes sense, like when I just describe what I’m doing, as in (you see, I have a recent journal on the couch beside me right now) “Maybe I should use Beaver” (an ink color) “in the Arizona Ahab” (a pen) “and black in this one. I’m liking this Beaver, wet Noodler “(an ink brand) “though it be. It sings” (a metaphor) “in the Safari” (the pen I was writing with) “.”

And sometimes it doesn’t make sense, like when the classic writing exercise “The quick brown fox jumps over the lazy sleeping dog” becomes “The dog dancers all get free baths and I’m falling asleep.” (This last sentence, forged in an undeniable doze, was so satisfying to read the next day that it’s pretty much replaced the “quick brown fox” one, even when I’m fully awake.)

Here’s the promised example (of what drugs can do): On a night when I’d taken an Ambien and felt confident that the label advice applied to less capable people than I, I wrote in the back of my journal the following, which starts off sensibly enough but rapidly descends into a phantasmagorical nightmare maelstrom of drug-induced… well, you’ll see.

“Antietam Red in the red-capped Shaeffer. A little residual black. First off, you get the lay of the land. The god dancer all get free baths / I’m nearly Marvin Jay Payne That was an extended session out of which jurged may imagine a new construct. S S Soakin’ in out me wayward finger” (the “i” in “finger” had two dots—for emphasis, I guess) “Is this any smoothe, a Mother of mole” (I think this has reference to the Mexican food rather than to the critter, but who’s to say?) “I’m wriding a rainbow of love. Now my hands are too tired to write well. I think that when we get our penmanship test up in St. Louis that their dog’s gonna lose. End of writing for the night The tattered ede of day is priestly closest Marvin Jay Payne.”

By the next evening, the effects of the drug had worn off sufficiently to allow me the judgment to record “Last night I wrote some pretty nutty things.”

I have a friend in New York, an actress who had to get up early to be ready for work at 5:00 a.m. and so took an Ambien. In the morning she woke up to emails from Zappos and Amazon confirming her purchases the night before of three pairs of sunglasses, earphones, three pairs of boots, a three-day cleanse, and a motorcycle jacket. And she doesn’t even own a cold motorcycle.

Without Ambien, I stayed up late and ordered a new fountain pen, the Noodler’s “Iroquois,” into which I’m loading an ink called “Kiowa Pecan.” I wanted to get it quick (I already have the ink) before the folks who are objecting to the Washington Redskins and Florida Seminoles have their way. With Ambien, I might have fallen asleep before visiting the site. Of course, I also might have ordered the “Iroquois” and three pairs of sunglasses, earphones, three pairs of boots, a three-day cleanse, and a motorcycle jacket. I have a bicycle. Maybe it would fit the bicycle.

(I also ordered a copy of the Qur’an. I’d already read the copy my wife brought home from her mission to the Netherlands, that hotbed of Islam ((actually, she’d received it from an Indonesian Muslim who accepted a Book of Mormon in trade)), and I wanted to try another translation—also I can’t find the one we have. I placed the order with some trepidation, conscious of the possibility that if I read this book ((twice, even)) without converting, I might be the object of a fatwa. We don’t do fatwas on people who read the Book of Mormon and fail to convert—we feature them in church films. But then, we just don’t “do” fatwas. I’m glad. Unfortunately, there will be a digital record of my purchase. In the interest of personal safety, I’d tried earlier in the day to find one at a local used bookstore ((no paper trail)) but they looked under “author” for Mr. Qur’an and regretted that they didn’t have a copy. Then I tried my friends at Deseret Book, who disappointed me—all for the best, probably, because at Deseret Book also I might have slipped and paid with a traceable card.)

I thought President Packer’s talk was astoundingly romantic. I was glad that Elder Bednar didn’t go to prison for breaking the window. Elder Ballard placed me nostalgically into “the early days of the church” when missionaries were interviewed by General Authorities (I remember the hands of Richard L. Evans on my head). President Uchtdorf taught me to quit counting things that don’t count. (At least, I think that’s what he said—I always have a hard time reading my notes from the Priesthood Session, because I have to write in the dark at the stake center. I used to hold a flashlight between my teeth but it bothered my neighbors and was bad for my teeth. Anyway, it sounds like something President Uchtdorf would say.) I can read very clearly in my notes on President Eyring’s talk the words “I love this guy.” The prophet started off as funny as always, then masterfully preached our socks off (this was the Priesthood Session and most of us were wearing socks by then—he certainly would have preached mine off if I’d been wearing any.)

On Easter morning, the choir sang their favorite song, “Consider the Lilies,” which always makes me happy, largely because I love the composer, who, if you need to ask, considers the lilies. I’ve watched him and his wife reverently consider them for forty years. https://www.hoffmanhouse.com/writingconsider.html

Most moving Easter talk I’ve ever felt: from Elder Holland—most healing Grace talk I’ve ever tasted: from President Uchtdorf. I wrote “This session has been a true and excellent celebration of Easter! (I wrote the whole session in an ink called “Apache Sunset,” which the Noodler’s Ink Company could just as easily have named “Garden Sunrise.” Sentences like “The gates of Heaven are unlocked; the windows of Heaven are opened” look good in it.)

(I’m just going to assume—it was dark over there west of the pulpit—that President Monson forgave his second counselor for lapsing into his native tongue without a translator. Apostolic humor aside, that moment was a vivid illustration of the fact that whoever may be conducting, the prophet is presiding. I’m patiently waiting for President Uchtdorf to say or do something, anything, that doesn’t teach me. Hasn’t happened yet.)

It was exciting to be caught away to the Garden of Eden by Elder Joseph Sitati to hear the Lord give Adam and Eve and me our orders. And could you listen to Elder Sitati speak for several days or so without wanting to hear anything other than his voice? Wow.

Throughout the weekend, it was so bracingly clear to me, like the sting of cold in a mountain stream, or the song of the wind off the ocean, or the outline of pines on a ridge when summer lightning cracks behind them, that none of the Brethren do drugs.* Except maybe chocolate. No, those who speak in General Conference are held to a lofty standard of charity, reverence, gentleness, and civility.

*This drug reference is here only because without it I would not be achieving in this column the literary “unity” so prized by the ancient Greek playwrights and the much less ancient Meridian Editors.

How merciful it is that such a standard is not required of those of us who, as I have often thoughtlessly done, merely speak at General Conference.

Tonight in hamly funeening (a designation coined by my son Joshua when he was but young) my eight-year-old Adwen Lea had us read many verses from the New Testament, gradually unfolding the whole story of Christ’s passion, with an Easter basket full of symbols to help us feel the passing images. Then she had us conclude with two verses from the 76th Section of the Doctrine and Covenants. “And this is the gospel, the glad tidings, which the voice out of the heavens bore record unto us—That he came into the world, even Jesus, to be crucified for the world, and to bear the sins of the world, and to sanctify the world, and to cleanse it from all unrighteousness…” And the words of the Prophet of the Restoration resonated in my spirit to the same frequency as those of Jesus’ disciples who saw Him die and rise. They sounded like General Conference.

Thank you for this fun article--made me laugh outloud:) Laughing was only part of the enjoyment, however, because the principles rang true to my spirit as well!