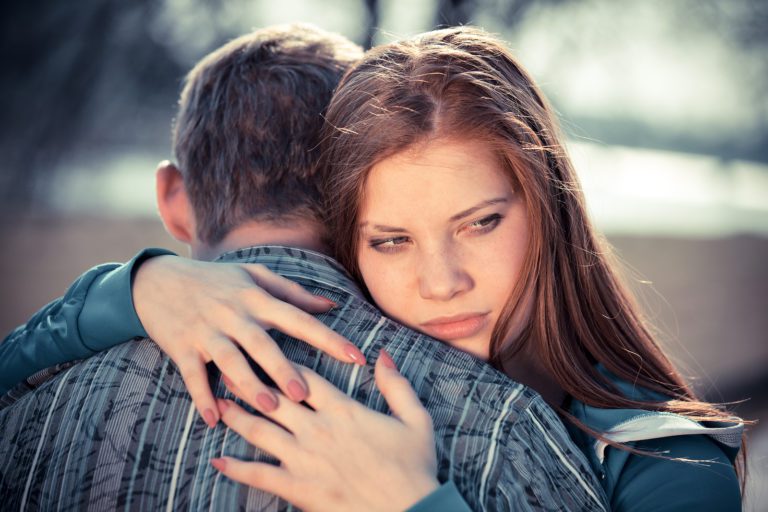 If you’ve ever entered a three-legged race, you know the secret to winning is not necessarily pairing yourself with the fastest runner. The secret is pairing up with the person with whom you can stay in sync.   When you both progress at the same pace, neither one pulling forward, nor dragging behind, you proceed smoothly forward without tumbling or falling.

Paul advocated a similar strategy when counseling couples who would marry to be not unequally yoked with unbelievers. Discord can occur if one partner in a marriage wants to be 120% active in the church for example and the other wants to be 20% active.

Prior to marriage, couples contemplating their relationship can avoid hurting one another or breaking one another’s hearts if they, like the three-legged racer, or oxen yoked together, move the relationship forward at the same pace.

Those familiar with the Funnel Theory outlined in the books Unsteady and Unsteady Dating know that enduring romantic relationships pass through six stages beginning with acquaintance, friendship, unsteady daters, steady daters, engagement, and marriage. The rate at which a couple progresses from one stage to the other is called pacing.

A breakup is on the horizon when the two persons in the relationship want to be in different stages, and neither is willing to budge. For example, if a girl just wants to be friends, but she is in a relationship with a boy who wants to go steady, they will fight for a while, trying to reconcile their different expectations, and they will ultimately break up. In a similar manner, if a woman desires marriage, and she is in a relationship with a man who wants to drag his feet and go steady for years on end, they will fight about their different expectations for a while and then ultimately break up.

Breakups can be avoided when one person refrains from rushing the relationship into a more intimate stage than the other person is ready for. They can also be avoided when a reluctant partner garners the courage to progress the relationship a little bit beyond his comfort zone. A couple is compatible when they pace themselves, walking side-by-side through the steps of intimacy, not entering the next stage until they are both ready for an increased commitment.

Just because two people desire to be in different stages of a relationship does not mean the relationship is doomed. The two need to negotiate so they can both be in the same stage at the same time. For example, Steve felt his relationship with Emily was moving a little too fast and, he mustered the courage to share that information. Emily chose to harness her feelings; she allowed Steve to casually date other girls until he had the desire to settle down and date one girl steadily. When that occurred he committed to Emily and eventually their relationship progressed to marriage.

In another instance, Jennifer had been home from her mission for several years and she wanted Bryan to commit to dating her exclusively. She was not willing to wait while he went out with other girls, perhaps deciding to settle down and become exclusive with one of them. Jennifer began dating another man steadily, a man who was ready to settle down and commit to one girl. When this happened, Bryan realized he was not willing to lose Jennifer and he offered to commit to her exclusively. They both entered the steady dating stage willingly, eventually moving on to engagement and marriage.

Too often couples fail to discuss their expectations for their relationships. This often occurs because they don’t know themselves what they expect from a relationship. If a returned missionary wants to marry within a short period of time, he/she is setting herself up for heartbreak by going out with someone who does not want to marry for years to come.

The secret to a successful relationship is two-fold: finding the right person and finding the right time. Two kids in high school may be perfectly compatible, but because the timing is wrong, their chance of success is statistically slim. Adults in relationships may also be compatible, but if one is still healing from a bad break up, the timing may destroy the likelihood of a successful relationship. To ensure the success of the relationship, both parties need to be in the same stage at the same time. Either one can speed up, or one can slow down. The important thing is that the relationship progresses at a pace comfortable for them both.

Paul wisely revealed that relationships succeed when a couple is “equally yoked.” He was alluding to the couple’s faith in the Savior of course. However the analogy works just as well when examining a couple’s faith in each other. When a couple is equally yoked they move the relationship forward at the same pace, following a steady, forward course.

JeaNette Goates Smith is a Licensed Marriage and Family Therapist and a Licensed Mental Health Counselor in Jacksonville, Florida. Her books Unsteady and Unsteady Dating are available at www.amazon.com

If it really is as simple as The secret to a successful relationship is two-fold: finding the right person and finding the right time. Then I must have screwed up big time. After decades of marriage, reading and trying to implement a stack of books higher than when I stand, and going to several counselors, my marriage still is broken as it was the first month. And yes my "handle" is a poor attempt to "think happy and you will be happy"