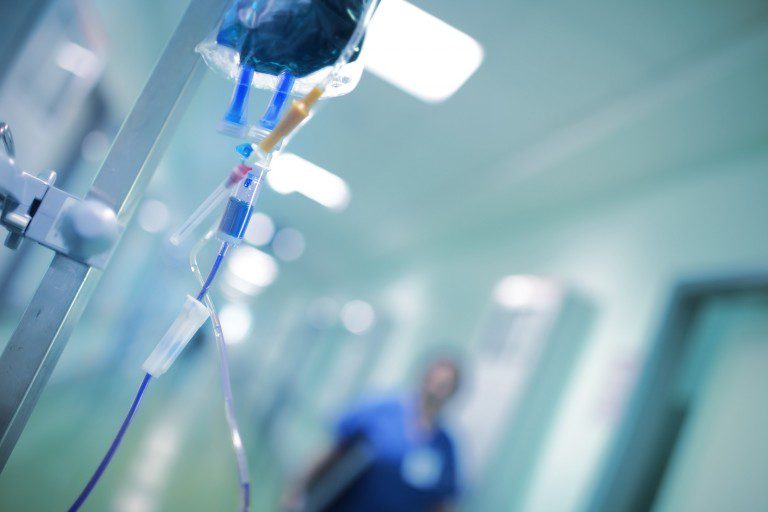 The following was written by Tori Levulis Black for United Families International.

In 1993, I had my last child on my living room floor. On purpose! Disappointed with some aspects of my previous births, I did my homework and chose to have a homebirth with the help of a certified midwife. It was by far my best birth. Two competent, skilled women attended me and perfectly tailored their care to both my, and my baby’s, medical and emotional needs.

After my homebirth, I went on to homeschool my children. I raised chickens and embraced the use of herbs and essential oils. I didn’t start off life being so “granola”, but the older I got, the more I felt that our lives as humans were increasingly mechanized, sanitized and institutionalized. I embraced a more holistic approach to life, home and family.

When a loved one contracted a terminal illness, my focus turned from living well to dying well. I began to understand that birth and death were part of a continuum that deserved the same wholeness in care. How we enter and exit life is all part of our mortal experience. While advances in medicine have saved lives and improved outcomes for illness and disease, they have also had the effect of de-humanizing those moments when life touches eternity.

Once upon a time, all people were intimately familiar with death and dying. The blessing of medicine saved our children from untimely death and allowed us to live longer, healthier lives. Adrian Dabscheck, a palliative care specialist, says this gift exacted a cost in Western attitudes towards death: “from being ubiquitous and familiar, with industrialisation (sic), came the concept of the forbidden and shameful death. Life was now meant to be happy and this happiness was interrupted by the emotional disturbance of death and dying…Death was moved from home to hospital, from the care of one’s family to the sanitised (sic), technical care whereby it is difficult to tell when the dying process actually began due to the interference of modern medicine. Death became part of the medical industrial­movement.”

As we became less acquainted with death and dying, we became less tolerant with the process as well. The more control that modern civilization gave us in other areas of life, the less patience we had with death and dying. The push for assisted suicide grew out of this intolerance. Lack of control and autonomy are consistently top reasons why people seek assisted suicide, with fear regarding the future and pain being secondary motivators. By hastening their death, those seeking assisted suicide believe they are regaining control in their lives.

On the other hand, we who oppose assisted suicide fear the impact on society and caregivers that comes with legalized killing. We have always warned of a slippery slope. We are told our fears are unfounded, there are protections in place to make sure that only those who are both competent and enduring unbearable suffering will be allowed this procedure, that this practice will never be forced on anyone. But that simply isn’t true.

The slippery slope of assisted suicide

The first slide down that slope comes with the change in terminology. Healthcare professionals do not like the ethical implications that accompany the term “assisted suicide,” so there has been a recent change to the use of the term “assisted dying.” This stylistic euphemism may help with the prevalence of suicide contagion. We know that connections to those who commit suicide and reports of suicide in the news increase its incidence. The Department of Health and Human Services acknowledges that “direct and indirect exposure to suicidal behavior has been shown to precede an increase in suicidal behavior in persons at risk for suicide, especially in adolescents and young adults.”

The Netherlands was the first country to legalize physician-assisted suicide, and right-to-die advocates regard Holland as the standard in assisted suicide care. Since 1981 guidelines were established to ensure careful regard for the wishes of the patient:

It did not take long for those guidelines regulating who could be killed and under what conditions, to begin the inevitable slide. Unbearable pain now includes psychological suffering. Doctors increasingly end patients’ lives without their consent. They employ another euphemistic term for this procedure. It is called “life-terminating treatment,” and is distinct from euthanasia, which in Holland requires patient consent. In 1990, just nine years after the institution of guidelines, 1,040 people died from involuntary euthanasia.

In 1992, guidelines were issued to regulate the killing of handicapped newborns. In 1993, a Dutch court agreed that physically healthy but depressed patients could be euthanized. Since legalization the following conditions have also been used to euthanize individuals in Holland: diabetes, rheumatism, multiple sclerosis, AIDS, bronchitis, and accident victims.

Another effect of legalized euthanasia is that palliative care is often rejected in favor of lower-cost assisted suicide. Doctors are regularly advised to give elderly patients lethal injections rather than admit them to hospital. The denial of care is not confined to Holland. In 2008, cancer patient, Randy Stroup, of Dexter, Oregon, was notified by his health care administrator that his state health plan would not cover expensive cancer treatment, but that it would cover the cost of physician assisted suicide. In the last two years, doctors have euthanized three children in Belgium for illnesses that are regularly treated in the United States.

Euthanasia and/or physician assisted suicide is now legal in Belgium, Colombia, Luxembourg, Canada, Switzerland, Germany, the Netherlands and in seven states plus the District of Columbia in the United States. It matters not the country or the state, we see the same slippery slope of ever-broadened classifications of patients permitted to seek assisted suicide, involuntary euthanasia, and reduced treatment of illness and palliative care. In Canada, the groundwork is being laid right now for the euthanizing of children as well as individuals suffering from mental illness. Canada refers to euthanasia as “medical aid in dying,” and it is actually considered palliative care.

Perhaps the worst outcome of the push to embrace euthanasia is the effect it has upon the families of those who are ill and dying. A study conducted in Flanders found “Healthcare professionals note that family members and proxies tend, much more than before, to consider the dying process as undignified, useless and meaningless, even if it happens peacefully, comfortably and with professional support. Requests made by family members for fast and active interventions from healthcare professionals regarding elderly parents are often very coercive, with little nuance or subtlety. End-of-life interventions such as euthanasia are seen as an instrument to end a process of disease (or old age) that is demanding and difficult to bear, instead of letting it follow its course.” Basically, kill grandma off quickly so we don’t have to deal with the unpleasantness of death.

Richard Stith, an attorney and senior research professor at Valparaiso University, worries that a “culture of disdain for disabled and elderly persons is more likely to come about if we embrace a right to assisted suicide.” Stith believes that assisted suicide will negatively impact ongoing relationships. The availability of assisted suicide alters our perception of those who are ill or disabled. He argues that when choosing death is not an option, we tend to view those who struggle in a positive light. We imbue their struggle and lives with meaning and look upon them with sympathy, mourning with them, serving and comforting them in their struggle.

But when administered death is an option, the sick and afflicted have less meaning. They are “expendable.” If someone who can choose death, decides instead to continue living with suffering, we may feel less inclined to help and comfort the one who chooses a painful existence. Cancer specialist and ethicist, Dr. Ezekiel Emanuel points out that “broad legalization of physician-assisted suicide and euthanasia would have the paradoxical effect of making patients seem to be responsible for their own suffering. Rather than being seen primarily as the victims of pain and suffering caused by disease, patients would be seen as having the power to end their suffering by agreeing to an injection or taking some pills; refusing would mean that living through the pain was the patient’s decision, the patient’s responsibility. Placing the blame on the patient would reduce the motivation of caregivers to provide the extra care that might be required, and would ease [their] guilt if the care fell short.”

Legalized assisted suicide could have the effect of both loved ones and society viewing those who choose a natural death as selfish and burdens to family, community, and healthcare systems. We do not want to go down that road.

The terminal illness of that family member that made me consider what it means to die well eventually led me to volunteer as a hospice respite worker. Most of my time was spent caring for elderly women and men unaware of my presence. Death is not full of the joy and hopeful expectation of a newborn life. It is not a photogenic moment, but it is a sacred one. The soul departing this world deserves the same self-sacrificing care, respect and reverence as the new arrival.

Those who support assisted suicide and euthanasia believe they are helping people maintain control and alleviate pain. But there is a dangerous flip side to the misguided “compassion” that inspires calls for artificially expedited death and requires so little of oneself. It is the belief that people that suffer are better off dead.

And the world can’t afford that kind of compassion.

Before becoming an attorney I was a professional fiduciary in California. While I certainly sympathize with a terminally ill person who is going through extreme pain not wanting to prolong death, I also saw the other side. There are plenty of greedy beneficiaries who can't wait for an elderly relative to "kick the bucket" so they can quickly get their mitts on money or property. Also it's difficult, but not impossible, to find a doctor who could be convinced to sign off that the patient is terminal and suffering. Beneficiaries exerting constant pressure can convince the patient that they really want to end it all. I just don't believe that humans are ready yet to assume this responsibility.

NED SCARISBRICK, Palliative care includes medication to ease pain and suffering during an illness and at the end of life. That kind of care is merciful without actively applying means to induce death because, yes, we want people to be able to pass in peace.