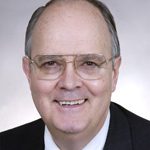 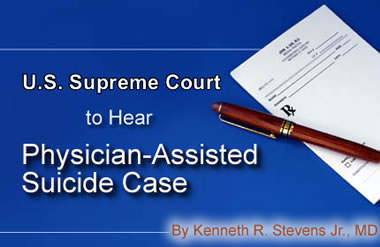 In November 1994, Oregon voters approved the legalization of physician-assisted suicide (PAS) in the state.  I had been practicing as a cancer physician in Oregon since 1967, and was chairman of the department of Radiation Oncology at Oregon Health & Science University at that time.  I was appalled that the voters, by a 51% to 49% margin, had given doctors immunity from legal prosecution for assisting a suicide.

Since that time I have studied the effects of that law in Oregon and the more I have learned, the more I realize the significant harm and danger of physician-assisted suicide to the vulnerably ill and to society.  I and other like-minded doctors formed an organization, Physicians for Compassionate Care Education Foundation, www.pccef.org , to educate others regarding what is happening in Oregon.  Oregon remains the only state to have legalized PAS.

After legal challenges, the Oregon PAS law became effective at the end of 1997.  In the 8 years from 1998 through 2004, there have been 208 PAS deaths in Oregon.  Approximately, one of every thousand deaths in Oregon is from PAS.

Legalizing assisted suicide devalues human life, and results in a loss of protection for terminally ill patients against doctors writing a prescription which sole purpose is to cause their death.  Assisted suicide is a reversal of the proper role of a physician as a healer, comforter and consoler.  It turns medicine and healthcare upside down.  It destroys the trust between a patient and doctor.

This is not about being on or off life-support.  Pain is not the issue; there has not been one instance of assisted suicide being used in Oregon for actual untreatable pain.  Assisted suicide is being used for psychological and social concerns.

People with disabilities fear the legalization of assisted suicide.  Advocates of PAS legalization demean and devalue those who are disabled by playing on the “horror and fear” of dependency.

There are financial reasons why HMOs or state Medicaid programs may promote assisted suicide.  Oregon Medicaid (Oregon Health Plan) pays for assisted suicide but will not pay for curative or local treatment for patients with cancer with a less than 5% chance of living 5 years.

After four years of legalized assisted suicide in Oregon, there were almost twice as many dying patients in moderate or severe pain or distress as there had been prior to Oregon’s PAS law being used.  The so-called “safeguards” in Oregon are not being followed.  Depressed and demented people have died from assisted suicide in Oregon.  Only 5% of those dying from PAS in 2003 and 2004 had a mental health evaluation.

In addition of my many years of providing medical care to cancer patients, I also have personal experience regarding this matter.

We had been married for 18 years and had six children.  For three years, my wife had been suffering from advancing cancer.  In late May 1982, we met again with her physician, to review what more could be done.  It was obvious that there was really no further treatment that would halt the progressive nature of her cancer.  As we were about to leave the office, her physician said, “Well, I could write a prescription for an ‘extra large’ amount of pain medication for you.”  He did not say it was for her to hasten her death, but she and I both felt his intended message.  We knew that was the intent of his words.  We declined the prescription, since her current pain medication was satisfactory.  As I helped her into our car, she said, “He wants me to kill myself!”  She and I were devastated.  How could her physician, her trusted physician, subtly suggest to her that she take her own life?

We had felt much discouragement during the prior three years, but not the deep despair that we felt at that time when her physician subtly suggested that her suicide should be considered.  His message to her was, “Your life is not longer of value, you are better off dead.”  Six days later she died peacefully, naturally, with dignity and at ease in her bed, without the suggested medication.

That experience made me realize the great importance of trust between the patient and the physician, and how physician-assisted suicide destroys that trust.

The United States has national standards for health protection.  The U.S. Controlled Substances Act is a national policy regarding the prescribing and dispensing of federally controlled substances only for a legitimate medical purpose.  A directive by U.S. Attorney General John Ashcroft on Nov. 6, 2001, reinstated a prior Drug Enforcement Administration (DEA) determination that “assisting suicide is not a ‘legitimate medical purpose.'”   Federally controlled substances include strong pain medications such as morphine, and also include other substances such as barbiturates that are used as sleeping capsules.  The state of Oregon has contested the federal government’s guidelines, and this federal court case will now be reviewed by the U.S. Supreme Court.

This legal case deals only with the use of federally controlled substances.  In Oregon, sleeping capsules (barbiturates) are the drugs that have been used for assisted suicide; pain medications, such as morphine, have not been used to cause death.  A judgment in favor of the federal government (Attorney General Gonzales) will not overturn Oregon’s assisted suicide law.

The use of controlled substances to control pain is always appropriate.  In a letter to Oregon’s doctors on Nov. 6, 2001, Attorney General Ashcroft promoted the use of pain medications by assuring doctors that there would be no increased scrutiny of prescriptions to control pain “even when high doses of painkilling drugs are necessary and even when dosages needed to control pain may increase the risk of death”.

Assisted suicide is not a legitimate medical purpose or treatment.  Oregon has attempted to seize authority to exempt itself from provisions of the federal Controlled Substances Act.  Federal law should be uniformly interpreted in all 50 states.

Society should focus on promoting palliative care, hospice programs, and on improving all end-of-life care.  We should not be promoting the un-natural act of physician-assisted suicide.

The Making of a Beautiful Nauvoo Photograph

Church Breaks Ground on Temples in Guatemala and the Philippines

Where We Give Our Attention Matters Most