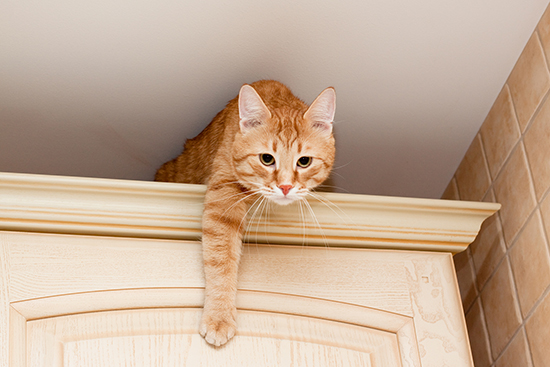 While in New York, I lived in a small town near the shores of Lake Ontario. The mix of people who lived their could be quite diverse and interesting. There were doctors and lawyers, farmers and merchants, and even a few that might be considered hillbillies.

This latter group were the ones that I often found the most interesting. But of all the families I visited, one stands out in my mind. On Sundays, one of the young men I worked with and I went to a little white church with a very small congregation. One of the older men that attended there, who was one of the lay leaders, invited us to come to dinner. He was a man who seemed more like the doctor-lawyer type. He was old enough that his children were married, and his wife had passed away. Thus he lived the life of an old bachelor.

We agreed to come over for dinner, and the arrangements were made. The evening came after a long day of work, and we made our way to his house. When we pulled into his yard, we were surprised to see rundown buildings, with farm animals on the loose everywhere. But what caught our attention immediately were the cats. I have never in my life seen so many cats.

They were sunning themselves on top of fence posts, on branches of trees, on window sills, and just about every where else a person looked. As we walked to the front door, they swirled around our feet until we hardly dared take a step for fear of stepping on one.

To our knock, the old man opened the door and invited us in. Inside there were also cats everywhere, though not quite as many as outside. It looked like the house had been hurriedly cleaned. I could actually see clothes sticking out from under the couch, where it looked like they had been stuffed in preparation for our arrival. The smell inside the house was enough to quell anyone’s appetite if not destroy it completely.

Lest anyone think otherwise, I actually like cats. And I’m not talking like the bumper sticker I saw the other day that said, “I love cats. They taste like chicken.” I actually quite enjoy holding a small kitten on my lap, petting its soft fur, and hearing the purr of its satisfied little engine. But everything should be in moderation.

We followed the old man into his kitchen to visit as he finished making dinner, partially because there was so much cat hair on the furniture we preferred not to sit in the living room. The kitchen also smelled better. The tangy spices of the spaghetti he was making overwhelmed any other odors and my mouth started to water as my stomach growled from a hard day’s work and lack of food. Just before the dinner was completely ready, a cat jumped up on the kitchen counter and started licking the big cube of butter that was on a plate there. Other cats joined in, and they ate about half of it before the old man noticed. He shooed them away. “What do you think you’re doing?” he yelled at them as if they could understand his speech. He then took the butter and placed it squarely on the middle of the table.

The other young man leaned over to me and whispered. “I don’t think I want any butter tonight!”

Soon we were seated, prayer was offered, and we were eating. The bread was passed around, and the butter followed. We both lied and said we preferred our bread plain. The spaghetti was wonderful, with juicy, spicy meat balls. But it was a more than just a little bit unnerving the way the herd of cats sat around the table and stared at us, licking their chops as if we were on their menu.

When we finished, we helped gather up the plates. The old man took the stack, but instead of putting them in the sink, he spaced them out on the counter. The multitude of cats jumped up and surrounded the three plates and licked up the last of the food. They licked the plates until they shined. When there was not one scrap of food left on any plate, the old man stacked the plates up and put them right into the cupboard, and turned to us with a smile. He almost seemed proud of his efficient dishwashing system. The young man with me turned green, and I, too, felt somewhat nauseous.

The old man invited us to retire to the living room to sit on the hair covered couches for a visit. Personally, through the rest of our visit, I could think of nothing else but the cat-washed plates. I know the other young man felt the same way, for we were no sooner in our car and on our way when he turned to me and said, “If you ever bring me back here for dinner, I will personally strangle you with a hair ball!”

Sounds like a classic hoarder. I also love, cats, and volunteer regularly at a local animal shelter. But, as the saying goes. enough is enough.