For a free subscription to Meridian Magazine, click here

See the article at the newsroom here

Deseret Industries will celebrate 75 years of operation with the opening of its newest store Thursday in Sandy, Utah. The Church of Jesus Christ of Latter-day Saints operates 42 different Deseret Industries (D.I.) thrift stores in the western United States as part of a program to provide employment training to community members. This week marks the 75th anniversary of Deseret Industries, which began on 12 August 1938. 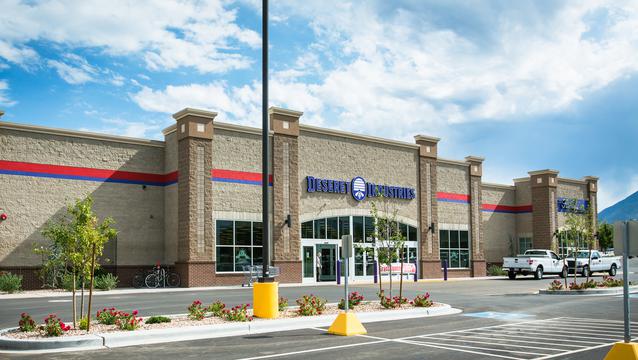 At the store’s dedication Wednesday night, President Henry B. Eyring, first counselor in the First Presidency, spoke and offered the dedicatory prayer. He noted that what most people see at the D.I. “is merely a shadow of the true purpose and reason for its existence.”

“During the past 75 years, more than 100,000 people have entered into Deseret Industries’ training program and discovered here a place of nurturing and support – a place where they can develop and discover the persons they were capable of becoming,” President Eyring said.

He shared the stories of several people who developed skills in D.I. programs, including David, an attorney who struggled with severe anxiety and depression. President Eyring said that Deseret Industries staff worked with David for two years, and “eventually, his confidence grew to the point where he accepted [a clerical position in a nearby city] and did so well that he eventually became a legal clerk. The city was so impressed with him that they helped him earn enough to get back his license to practice law. He is now working with the city as a prosecuting attorney.”

Deseret Industries director Lee Hardy said he’s excited about the new store, which opens Thursday morning. The building will also include an LDS Employment Resource Center and LDS Family Services Center. “I’m personally thrilled to see it coming together,” he said. “We’re grateful for the community support that we have here.”

The D.I. isn’t new to Sandy; Deseret Industries has operated a store in the city for many years. But the building that housed the old store – just a few blocks to the west – lacked a processing dock and adequate donation area. The new building is much larger and is designed to meet the D.I.’s needs today.

“The new store gives us the opportunity to serve more people,” said Mary Montalbo, the Sandy Deseret Industries store manager. “And because we can help more people, we can serve the community better. People want to donate, and now it will be much easier for them to do so.”

Approximately 140 people will work at the Sandy D.I. at a given time. Fourteen full-time staff members will help train and manage those associates, who are all employed part-time at the store. Each worker is at the D.I. to develop skills, and then move on to permanent employment.

“We start out [by asking] what they would like to do, and then we identify the barriers that they have to employment,” Holbrook explained. Those barriers include things like lack of education, confidence, transportation or child care. “Whatever their barrier to employment is right now, we help them come up with a plan to overcome it,” he said.

The D.I. also works with other community organizations and businesses to find training opportunities. If program participants want to acquire skills they cannot learn at the D.I., they can work at one of the local businesses that partners with the D.I. The business partners provide training, and the employees’ wages are paid by the D.I. during the training period.

I wish that DI facilities could be made available to Countries like Canada. I think many people like my son have earned degrees in University but have not been able to find employment. If someone had asked him what he would like to do and arrange to help him find that goal it would be a great help.