David McCullough: Misconceptions about The Constitution should make Us Cry | Meridian Magazine

David McCullough: Misconceptions about The Constitution should make Us Cry 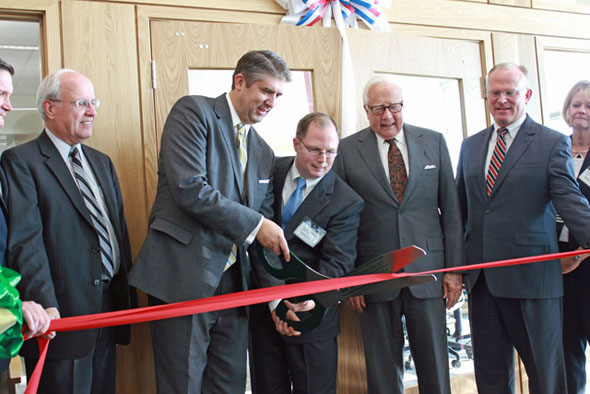 Two times Pulitzer Prize winner David McCullough said that the misconceptions that Americans have about the U.S. Constitution is a good subject for Jay Leno and other late-night talk show hosts, but we have to remember that we’re laughing because we ought to be crying. “This is our fault,” he said.

One in five Americans believes the Bill of Rights includes the right to own a pet and the same number believes it makes it permissible to own a car. 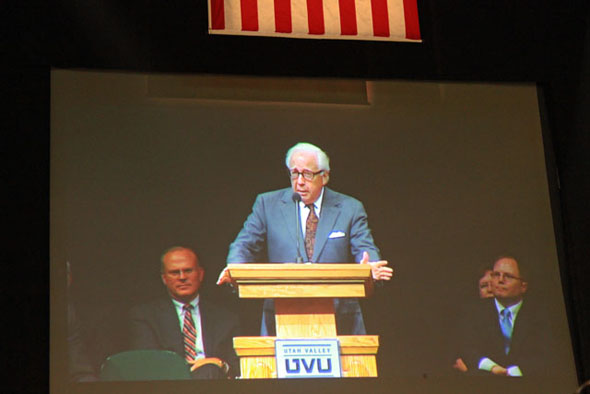 McCullough was the speaker at the inauguration of the Center for Constitutional Studies at Utah Valley University on Constitution day. A brainchild of university president Matthew S. Holland and Rick Griffin, founding director, the center will promote the teaching, studying and research of the Constitution as well as public outreach endeavors across the region, nation and globe to promote its understanding.

McCullough, the author of 1776 and John Adams, is considered an “American treasure” as he has reinvigorated interest in the American founding with his lively story telling and meticulous research. In many ways, he is regarded as one of the caretakers of our American origins.

He said he came to Utah for two reasons. He’s had “grand, personally gratifying experiences” here, but also he sees it as an “exciting, interesting, important pioneering decision” on the part of the university to create a constitution center.

Only four institutions of higher learning in the United States have a required course on the Constitution and three of those are military academies, he said. “We are raising a generation of young Americans who are illiterate. They have a very sketchy, very thin knowledge of history relating to the system that our whole civilization is based on. The civics that they don’t understand is not just regrettable, it’s dangerous.

“I think we are swindling many students with the illusion that they are educated and they are not. It’s regrettable, and it’s unfair and it’s unnecessary.” 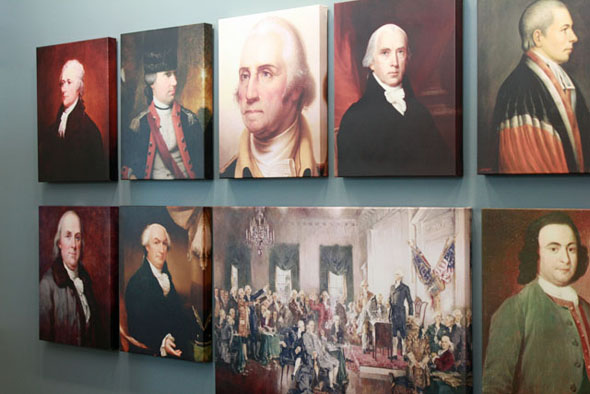 He said that people are always claiming that the Constitution says this or that, when it doesn’t say that at all. It happens on the left as well as the right. “Whether the Constitution is a guide, an aid to navigation, or the ironclad rule of the land is always debatable and always should be. “We can’t be locked into a frozen vision of what is possible because of something written 200 years ago, but we also can’t forget what those founders foresaw or understood or ignore them-not even know who they are. We have a kind of amnesia that’s affecting the national memory,” he said, and quoting another, said “it’s becoming a national security issue.”

The American founding, said McCullough, didn’t come about because these men were gods. They were flesh and blood human beings, but what they did is one of the greatest stories in all of history and it’s true.

“How one can profess to love their country and take no notice of its history is beyond imagination.”

The work was hard, grueling and dangerous. John Adams wrote his wife Abigail during the First Continental Congress that the work had become tedious and noted that every man on every issue must show his oratory and his political ability. She wrote back to him and advised him that he should not just become a spectator in these important affairs.

“I sometimes wonder if we are raising a nation of spectators,” observed McCullough with an average of 7 hours of television time a day and large events that fill our weekends while we watch.

The Founding Fathers, in contrast, were engaged. That room where they debated the Declaration of Independence had the windows closed to protect them against scrutiny in that hot, sweaty summer of 1776. The hours were long, and we sometimes forget that they didn’t know how the whole thing was going to come out.

In our minds we have petrified them in the past in colonial clothes, with our strong sense that they were doing something important. For them, it happened in the present with a future that was certainly in flux and could have gone a number of directions. “They lived in a present that was infinitely harder, more precarious, shorter and with the unexpected vagaries of death and illness than we have any idea. We are softies compared to them. We have been made to feel secure in ways that they never knew.”

As they debated the Declaration of Independence, the British landed 32,000 troops in America. The public climate on independence was mixed, with only one-third being for it. “If they had lived by the polls in those days, they would have never done it.” 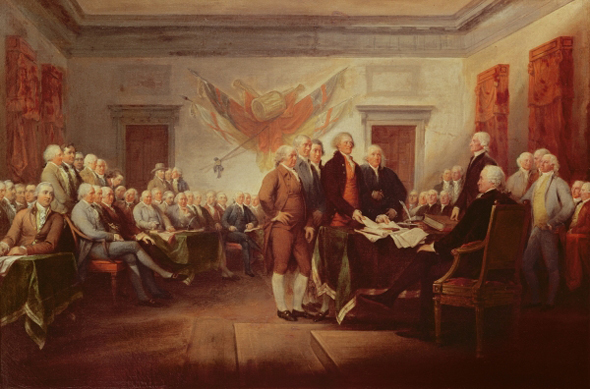 McCullough said that artist John Trumbull created the famous picture of the signing of the Declaration of Independence and almost everything about the picture is wrong. The document wasn’t really signed on July 4th, nor did it happen all at once as the painting depicts. The drapes are wrong; the chairs are wrong.

What, however, is entirely accurate are the faces of the Founders with more than 30 of them painted from life. Why is this important? It is because they were each well known and identifiable. They were recognizable and everyone knew who they were. When they signed that document, according to McCullough, they were signing a death warrant if it hadn’t succeeded.

They didn’t sign it for money, nor for power. They signed it for honor. “We don’t talk much about honor anymore,” McCullough said. To them honor was everything and they believed with Alexander Pope, “Honor and shame from no condition rise; Act well your part, there all the honor lies.”

Each generation is called upon likewise to act well our part in our present.

McCullough said the founding principles took us into a new realm of what humanity can accomplish and we have to wonder what are we doing now that it is our present. Are we acting well our part? When Jefferson mentioned the “pursuit of happiness” in the Declaration of Independence, it wasn’t about more stuff. It was about the life of the mind.

What Utah Valley University has created in the new Center for Constitutional Studies McCullough hopes will be replicated across the nation.