When the “Curse” Becomes the Blessing | Meridian Magazine 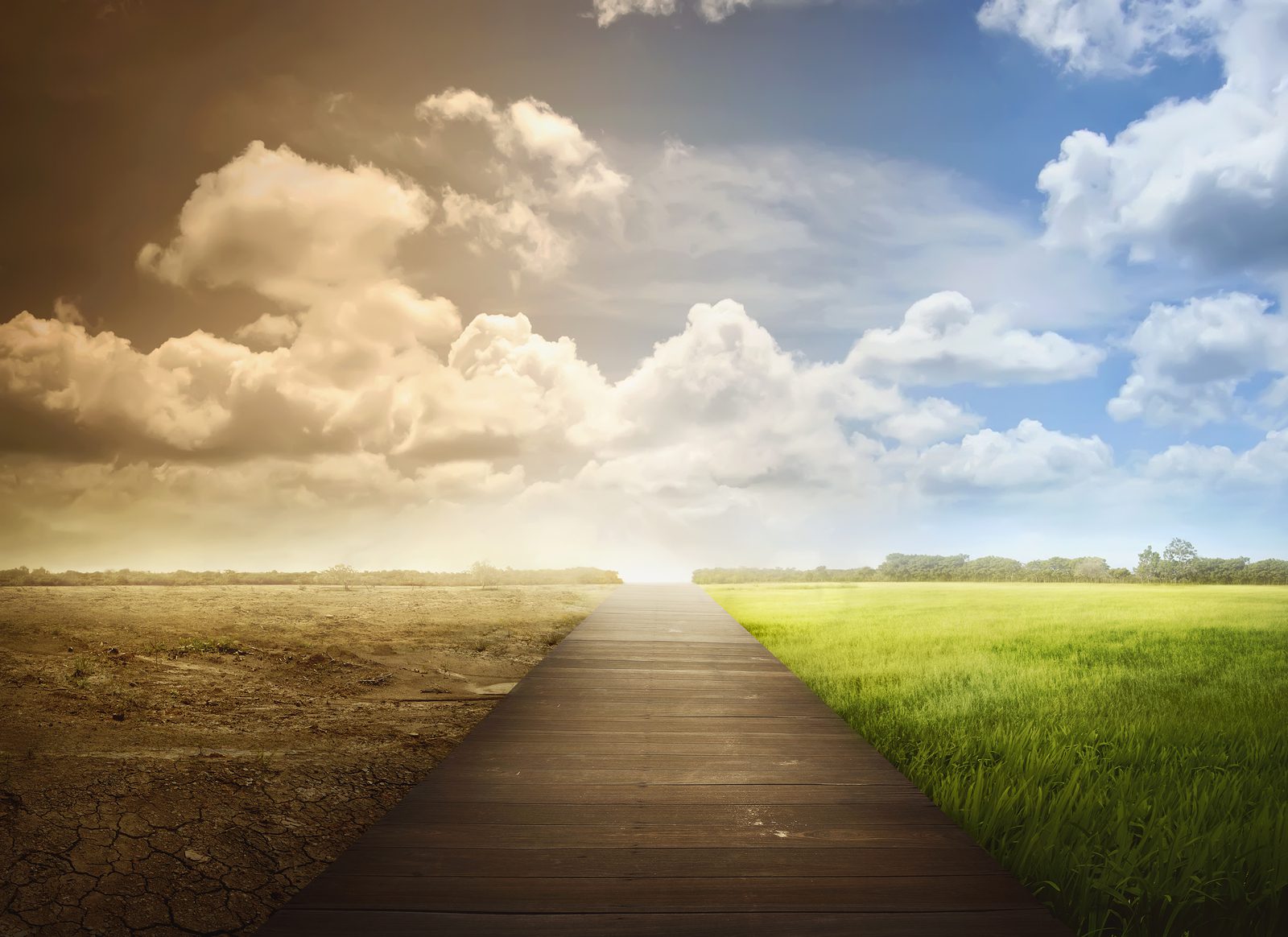 When the “Curse” Becomes the Blessing

When something bad, frustrating or painful happens in your life, consider that it may be the EXACT thing you need to progress or move forward.

Several, weeks ago, we were having a round-up at our cattle ranch in Mexico. Because we had so many cattle to move that day, every horse we could spare was saddled up. Just as everyone was about to begin riding, one of our cowboys became angry about something and quit, which was frustrating for my husband Elbert. “Why did he have to quit TODAY!” He needed every single horse and skilled rider to accomplish the day’s task!

Elbert hadn’t planned on riding that day, but because of this sudden vacancy, he was obligated to ride for the next 5 hours.   By the end of the long and bouncy horseback ride, he experienced disconcerting symptoms that, long story short, cued him to go to a hospital. It was discovered that he had a cancerous tumor in his bladder, which required surgery. So, here’s the bottom line, IF the cowboy hadn’t quit at that critical time, THEN Elbert wouldn’t have learned he had cancer until who knows how much later when the tumor would have become a lot more serious.   As it happened, the surgery revealed that the tumor was only a first stage cancer, and fairly easy to treat. What seemed like a frustrating negative event was actually a blessing!

Turns out, that this is a common FORMULA in our lives; a formula that the Lord uses to move us forward. IF certain painful or challenging things happen, and we learn what they are orchestrated to teach us, THEN the purpose and rewards will be manifest.

From Tragedy to Destiny

In 1985, my friends Rex Lowe and his wife Pat, were driving down the road near a South African township, and were slowing down for a stoplight. They saw scores of small children who had piles of rocks in front of them, and on cue from an adult, began throwing them at Rex’s car. One young girl picked up a stone as big as Pat’s head and hurled it through the passenger side window, smashing the glass into a thousand pieces, knocking her unconscious, and causing her to bleed profusely. Rex raced to get them out of that very dangerous neighborhood and on to the hospital. Pat was revived, but doctors spent many hours plucking glass shards out of her skull.

Some months later, Rex, who was a contractor, went to a Lion’s club meeting where they were discussing a request from city council to build an orphanage. They asked whether his company could help out. Rex readily agreed, but when he visited the selected site for the orphanage, he saw that this was the VERY SPOT where he and Pat had been so savagely attacked by children only a few months before. The trauma of that memory was painful, but gradually it dawned on him that the Lord was trying to give him an opportunity to stretch.

He and Pat decided that a meaningful way of forgiving those children was to contribute Rex’s time and labor for the orphanage at NO COST, with the desire and prayer that some good would come of it. The orphanage is still there and the work he donated has served the needs of hundreds of orphans over these many years. It was a “curse” that turned into a great blessing for them and for the orphans.

C. S. Lewis profoundly observed: “When troubles come along – illness, money troubles, new kinds of temptation – [man] is disappointed. These things, he feels, might have been necessary to rouse him and make him repent in his bad old days; but why now? Because God is forcing him on up to a higher level: putting him into situations where he will have to be very much braver, or more patient, or more loving, than he ever dreamed of before. It seems to us all unnecessary: but that is because we have not yet got the slightest notion of the tremendous thing He means to make of us.” (Mere Christianity, p. 174)

What is He making of you?

From Dysfunction to Empathy and Service

I have a friend who came from a very dysfunctional family and was repeatedly abused as a child and teenager. Her life was filled with self-loathing and self-abuse because of it. She eventually married and had children, but continued in her self-abuse and other addictions.   Finally in her 50’s she got to a point where she whole-heartedly wanted to change. She repented of what she could repent of, and began the difficult long process of recovery from addiction.   BECAUSE of what she learned through this extensive process, she is now a beacon of hope to thousands of people, encouraging them in one-on-one conversations as well as using a web-site to help sustain and support them.  Her “curse” has become a blessing to many.

When we can look for meaning in our trials, we begin to learn the reasons why we may have been allowed or placed in a given circumstance.

When the Dalai Lama, the spiritual and political leader of Tibet was only 16, the Chinese military invaded and occupied. After only a few years, he was forced to flee from his beloved Tibet as monasteries and thousands of Tibetan literary volumes were burned. It was excruciating for him, knowing that the intent of the Chinese was to erase his culture, and knowing he was powerless to stop it. He was forced into exile in 1959 where he remains today, but he readily admits this misfortune turned out to be a great opportunity for his personal growth.

He said, “For every event in life, there are many different angles. When you look at the same event from a wider perspective, your sense of worry and anxiety reduces, and you have greater joy… So therefore, if you look from one angle, you feel, Oh, how bad, how sad. But if you look from another angle at that same tragedy, that same event, you see that it gives you new opportunities.” (The Book of Joy, p. 194-195) If he had stayed in his palace in Tibet, he could never have gained the compassion and wisdom that has caused him to be a world mentor.

Who Would You Be?

Think back to a time of suffering in your own life. Reflect on all the good that came of it.   Who would you be WITHOUT that experience? Would you really want to erase all the growth and clarity that you achieved because of that trial?

What are you going through right now? What is the Lord making of you? What traits are you gaining? More patience? More spirituality? Are you being prepared for something? If you’re in a hard place, consider that something spectacular may be just around the corner that you are being especially groomed for.

We often wonder WHY bad things happen. On a grand scale, this is exactly the misfortune, trial, or catastrophe we need to give us experience and wisdom in order to do what we were born to do. Or, on a small scale, it may simply be the tender mercy to discover the next step we should take.   Whichever way it is, the “curse” may actually be the blessing.   IF we look at life this way, THEN we will be blessed.

Thank you for this much-needed article. I will need to read it again and again. It's hard to remember that the heart-wrenching trials are why we are here. Could you please share the website of your friend who came from the dysfunctional family? Thanks again for your helpful words.

I don't know how many times this has happened to me, but I am grateful for each and every one of the disappointments in my life because they either saved me from a more difficult situation or prepared me for better things in my life. My parent's divorce when I was 14 was devastating, but put me in a place where I received a better education and was able to serve a mission. Had my parents not divorced, both of those blessings would have been more difficult to obtain. Some years later, I was preparing to buy my first home when a recession forced me to take a cut in pay to keep my job. I was so disappointed in not being able to close on the house, but - one year later - was grateful when I found out the house sold for 40% less than I was going to purchase it. I would have been underwater in a house that was not suitable for my needs. I could go on and on about how trials in my life turned into blessing. Hopefully, hindsight will help to keep me faithful as new trials and tribulation come my way.