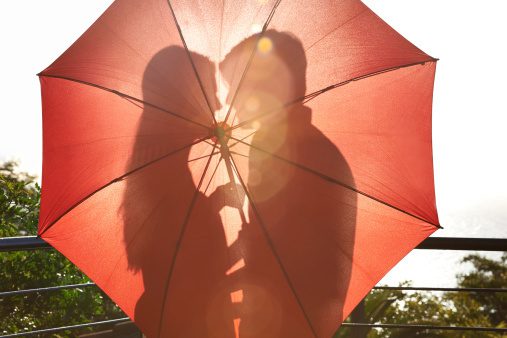 The following was written by Anne Maxson. To read the full article, click here.

Do you believe in love at first sight? Probably not. But do you believe in like (or dislike) at first sight? We prioritize certain attributes, whether physical or personality-based, that help us to be attracted to or not attracted to a person when we meet them for the first time. A few years ago, I had a lengthy list of things that would get a man points or lose him points.

It included everything from nice shoes to a good voice, from a quick wit to an instant spark, from a nice car to pretty, blue eyes. There were also many things on the deal-breaker list—for example, crooked teeth, telling weird stories on a first date, having a messy car or weirdly shaped ears. Looking back, it is ridiculous just how superficial I was.

A few years ago, after recently moving, I was going to a ward activity in my new YSA ward. I arrived at the same time as one of the men in the ward, Doug. He opened the door for me and we chatted a little bit while walking to the gym. I did not notice any deal-makers or deal-breakers. We sat at the same table during the activity and I quickly realized that he was extremely shy. I wasn’t sure what type of personality he had since he was so quiet.

Within weeks in my new ward, I got to know a bit more about the guys and what I considered to be their date-ability. I’d been asked out by a couple of them but not by Doug. One of my friends referred to him as “good old Doug.” He was one of those guys that made a great friend but not one I would date. He was an “N.G.B.”— a “nice guy but . . .”

Changing My Perspective on Dating

It was around this time that I had an important conversation with a friend. We were both in our late 20s and unmarried. We were discussing our dating lives (or lack thereof). With other friends, this conversation frequently led to blaming men for not being proactive enough in dating or being too superficial. However, my friend said, “We are single because of us, not because of the people we date. We are single because of the way we handle dating.” I realized that I was quite prejudiced in dating. We talked about what types of deal-makers we should have. Our list included: Is he a worthy priesthood holder who respects and honors his opportunity to do work in the name of the Lord? Does he attend church and the temple? Would he make a good husband and father? Does he strive to do the Lord’s will in all things? Does he demonstrate charity? Does spending time with him help me to “come unto Christ”?

I started to shift my deal-maker/breaker list to things that really mattered. I also realized that I had been avoiding relationships that moved me out of my comfort zone. It struck me that I needed to stop running away from serious relationships.