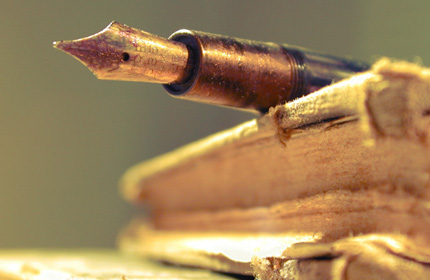 Michael McLean is a songwriter, composer, author, performer, playwright, film producer and director. As a songwriter he has written music and lyrics for more than 20 albums and has sold over a million tapes and CDs since his first release in 1983. They include You’re Not Alone, Stay With Me, Celebrating the Light, A New Kind of Love Song, One Heart in the Right Place, You’ve Always Been There for Me, and the best-selling Collections Volumes 1 and 2 and The Forgotten Carols. As an author he’s written three books, each with accompanying CDs. Distant Serenade, Hold On The Light Will Come: And Other Lessons My Songs Have Taught Me, and The Forgotten Carols Since its release in 1991, Michael has performed a theatrical version of The Forgotten Carols to sold-out audiences throughout the United States. Michael and his wife Lynne have three children and an adopted dog named Grace.

Should a non-political songwriter who wants everybody to love him…

Some Thoughts about Getting Rid of the Negative

What do you do about the people who abuse you…

Some Thoughts about Finding Happiness in a Lousy Economy

I couldn't help but see the bad news broadcast everywhere…

If circumstances seem hard, we ca say, " I don't…

If circumstances seem hard, we ca say, " I don't…

A Mission To Be Happy thought about Faith and Depression

From my reading of the text I don't see a…

About a year and half ago I felt "the call"…

Hold on, the Light will Come

I wrote the song "Hold on, the Light will Come"…

Michael picked up the phone and a tender young woman…

The Man with Many Names

Standing near the Sea of Galilee, Michael wanted to explain…

What do you do if your marriage goes stale?

Michael McLean wrote the song that he needed for himself.

It Wasn’t Love Before

Carl's legs didn't work, but that didn't mean that he…

Sometimes the miracle you get isn't the one you've been…

Originally written as a love song, "Stay with Me" became…

The Aborigines believe the earth was sung into existence, so…

During the holidays we exchange gifts, but how many of…

If Only You Believe in Yourself

Michael wrote this song because his daughter's sense of worth…

When he needed the lesson most about letting the Savior…

A New Kind of Love Song

If a song of the heart is truly a prayer…

Learning to Let it Go

Changing our hearts is one of God's greatest miracles. I…

In every neighborhood in every community in the world, there…

I’m Just One of the Ninety and Nine

Why is it, I wondered, that the lost souls get…

Sometimes there are no easy explanations when life really hurts.

The One and Only You

You pick an age at which you think you're going…

She Sees a Diamond

Michael's game plan for rekindling the fire in his marriage…

Which Part is Mine?

Here is the first draft of a Michael McLean song--and…

Life Should Have Background Music

Welcome to Michael McLean as a new, regular writer on…

The New York critics have ravaged The Ark in cynical…

The Ark : What a “Ship without an Ocean” is Teaching Me about Miracles

Their ship has come in! Michael McLean and Kevin Kelly's…