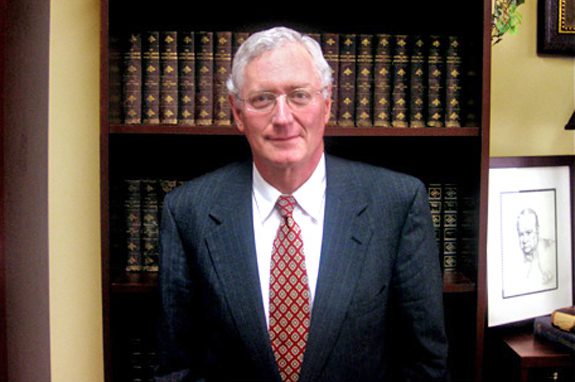 Prior to returning to academia this year, Ashby Boyle was an entrepreneur and attorney, beginning his career at the Washington, D.C. office of Sullivan & Cromwell.  He is currently a research fellow at Yale, at work on two books.  One is on the theological foundations of The Book of Mormon and the other is an update of his Yale dissertation on the religious jurisprudence of the US Supreme Court. Ashby received an AB Degree with Honors in 1980 from Princeton University’s Woodrow Wilson School, from which he took a two-year leave of absence during 1976-78 to serve a mission for the LDS Church in Madrid, Spain. Returning to Princeton, he was awarded the Aaron Austin Godfrey memorial prize given annually at Princeton University to an undergraduate of “exceptional potential” to fund research in Spain on that country’s transformation from a fascist dictatorship to a constitutional form of government. Additionally, he received an MA and JD degree from Columbia, and an MPhil (Criminology) from the University of Cambridge in England (Emmanuel College).  While at Columbia Law School, he was a Charles Evans Hughes Fellow, Teaching Fellow in Property Law and member of the Columbia Human Rights Law Review. Upon graduation, he was selected as a law clerk at the U.S. Supreme Court.  He served as an aide to U.S. Senator Orrin G. Hatch in addition to service at the White House for President Gerald R. Ford (after the fall of Saigon in Vietnam) as a Presidential Appointee to The President’s Advisory Committee on Refugees.  He studied religious ethics at Yale within the years 1981 to 1990, receiving MA, MPhil and PhD degrees from Yale University’s Graduate School of Arts and Sciences.  He also taught at Yale.  His teaching experience there included courses in religious ethics in Yale College, as well as social ethics and liberation theology at the Yale Divinity School.  In 2004 he was recognized by the New York City Bar Association for his pro bono work. He successfully represented the National Council of the ACLU pro bono on behalf of a seniors’ group in Maryland in a First Amendment case decided under the Maryland State Constitution. He has also served as the National Chairman of the March of Dimes Youth Program. He currently serves as CEO of the American Religious Liberties Union and is a member of the Alumni Schools Committee of Yale University for the Office of Undergraduate Admissions.

A Spanish philosopher once wrote, “There are just too many…

Many people may not think that the way that religion…

The Spirituality Hidden Within Shyness

One in four Mormons, to extrapolate from statistics, is seriously…

For three days scholars from around the world gathered to…

My Testimony of the Book of Mormon Is Rational

As attacks on the Book of Mormon continue now as…

Shoot-out of Secularity v Religious Liberty at the U.S. Supreme Court Oral Argument: Shall We Pray?

Reflections on Book of Mormon Theology and the Sacraments

A study of the Lord's love for us as it…

On November 6th, the Supreme Court will hear oral argument…

The Christian Ethics of the Book of Mormon: The “Mormon Moment” Endures in the Academy

The Christian Ethics of the Book of Mormon: The "Mormon…

How to Push Back Against Our Culture’s Anti-religious Secularism

Here in a nutshell are some legal ways to take…

A new book from Oxford University Press may be of…

I want to emphasize how basically inherent the Church is…

Classical Christian Theology and the Book of Mormon

Not every Mormon need be a technically-equipped theologian. Every Mormon…

Two Daughters and the Power or Subjection of Women

Perhaps spurred on by two women praying in General Conference,…

The Enduring Appeal of the Four Classical Virtues

Whether called excellences or habits or virtues, the four classical…

We can have the Spirit more fully when we read…

Discoveries from the Stacks: A Multitude of Theological Solved in a Revelatory Flash

Christian Theology and the Book of Mormon: A Religious Study (Part Two)

The study of the Book of Mormon can be organized…

Christian Theology and the Book of Mormon: A Religious Study in Two Parts

The study of the Book of Mormon can be organized…

Mormons Are Pure of Heresy: Including the Slanderer’s Latest Claim That We Are Gnostics

Nihilism, which is beginning to dominate our culture, kills the…

Can God be Killed? Secularization’s Successes in Contemporary America

Secularity in America may be having more success in banishing…

Letter from Yale: Goodbye to my Sabbatical Year of Light and Tribulation

Take any words in the scriptures and forget everything except…

The Week in Review: Constitutional Religion Takes TWO in the Chin

It was "First Monday" this week and the U.S. Supreme…

A Book of Mormon teaching is exemplified in the life…

Secularity: An Evergreen Opponent to America’s Value of Religious Liberty

President Ezra Taft Benson's insights on the cultural threat of…

Why Early Christians Would Love the Book of Mormon

Origen, a third century Christian thinker, acknowledged that it was…

The scriptural illiteracy and the dominance of secularity in our…

“Mormons are Not Christians” – One Reason They Say It

In part, Christian theologians define us as non-Christians because of…

Circa 1870: How a Cambridge Don Viewed the Book of Mormon

The Church's progress with Christian Theologians is not complete, but…

One sort of guilt leads to repentance, the other to…

C.S. Lewis: At A Theater Near You

J.R.R. Tolkien had strong feelings about C.S. Lewis's Chronicles of…

Thoughts on Thanksgiving: Opposing the Growing Secularity in America

Secularism suggests that religion can be free as long as…

It is high time that Christians awaken to the hostility…

Confessions of a Mormon Law Clerk at the U.S. Supreme Court

Korihor's theories are alive and well, and thriving in the…

Adventures of a Mormon at Yale: Thinking Too Much, I Trip on Memory Lane

Things I could have learned in Primary, I learned clearly…

Why the Supreme Court’s Distrust of Religion Threatens the Constitution

Silently and surely, freedom of religion, our first freedom in…

Why the Supreme Court’s Distrust of Religion Threatens the Constitution

Silently and surely, freedom of religion, our first freedom in…

The Book of Mormon at YaleAmazing Grace

America, the secular, is going to have to come to…