Are We Required to Feel His Nail Prints and Thrust Our Hands into His Side? | Meridian Magazine 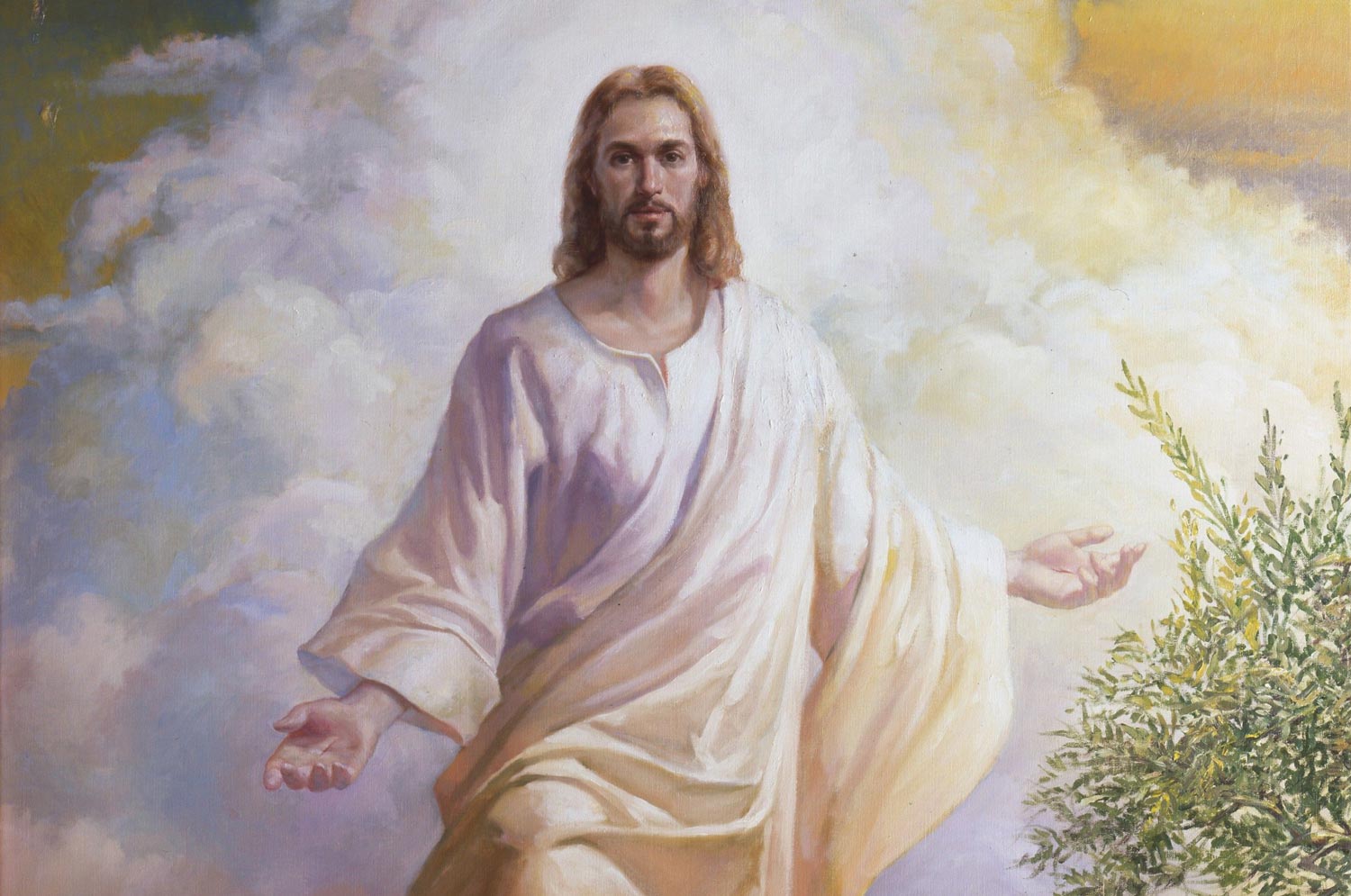 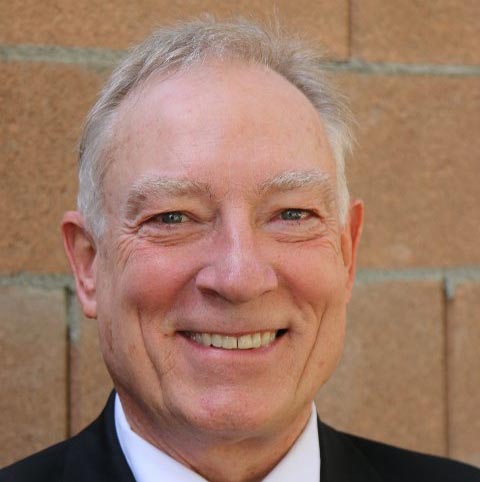 Are We Required to Feel His Nail Prints and Thrust Our Hands into His Side?

Presented by The John A. Widtsoe Foundation, Easter Sunday 2022

The Church of Jesus Christ of Latter-day Saints

John describes the first few days immediately following the resurrection, including Thomas’ declaration that: “Except I shall see in his hands the prints of the nails, and put my finger into the print of the nails, and thrust my hand into his side, I will not believe.”[1]

Eight days later Christ appeared to the disciples and, perhaps to the relief of oft chastised Peter, after the calming reassurance of “Peace be unto you,” faced poor Thomas and repeated: “Reach hither thy finger, and behold my hands; and reach hither thy hand, and thrust it into my side: and be not faithless, but believing.”[2]

To other sheep,[3] Christ revisited his directions to Thomas: “Arise and come forth unto me, that ye may thrust your hands into my side, and also that ye may feel the prints of the nails in my hands and my feet, that ye may know that I am the God of Israel, and the God of the whole earth, and have been slain for the sins of the world.”[4]  The multitude included 2,500 Nephites whom went forth, one by one, until the traumatic physical wounds of Christ confirmed of a surety that Christ is indeed our resurrected Savior.[5]

Since my teenage baptism, decades of Easters have been celebrated and decades CES classes have been taught, all while pondering the scriptures regularly as part of my calling.  Several years ago, I painfully realized what Christ’s implementation of Thomas’ words meant for me personally.  I have no interest in completing the violent maneuver of thrusting my unwashed and unclean hand into Christ’s side, nor feeling the prints in his hands and feet.  As a surgeon trained to treat human tissue with profound respect and one who also has a testimony of the Gospel, the thought of complying with Christ’s apparent directives were insomnia-level disconcerting.

In a search for mitigation, sadly John 20:27 in the original 1611 King James Version also directed a “thrust” into His side.  A review of the New Latin Vulgate[6] revealed: “Deinde dicit Thomae: Infer digitum tuum huc et vide manus meas et affer manum tuam et mitte in latus meum; et noli fieri incredulous sed fidelis!,” The operative Latin is “mitte.”  Mitte first translates to “send” but also secondarily “let fly, throw, hurl, launch,” etc.  Of course, there was no escape from “thrust” in 3 Nephi 11:14 for Latter Day Saints because of faith that the Book of Mormon is an accurate translation.[7]

Thomas should never have been singled out as a lone doubter.  The apostles all had doubts in spite of Christ’s pre-crucifixion promises of his own resurrection.[8]  The first group to visit the tomb included only sisters: Mary Magdalene, Mary the mother of James the Less and Joses; Salome, the mother of John and James,[9]  Joanna, spouse of Herod’s steward,[10] and others.[11]  As these women approached the tomb to dress Christ’s wounds, they saw that the stone had already been rolled away.  Two glorious personages within the tomb offered: “Be not affrighted: Ye seek Jesus of Nazareth, which was crucified; he is risen; he is not here…”[12]

Immediately, at least some of these women ran to the apostles and reported what they had seen and heard.  But, just as Thomas initially felt, the apostles judged the messengers to be sharing: “…idle tales, and they believed them not.”[13]

Things progressed until Christ’s interaction with the remaining apostles, now including Thomas, whom was simply the last-mentioned doubter, not the only one.  Christ repeated to Thomas his own ill-advised requirement, likely now deeply regretted…”…reach hither thy hand and thrust it into my side…”  I was acutely uncomfortable with these rude and repetitive recreations of Christ’s torture and determined to try to avoid participating, if at all possible, in spite of John 20:27 and 3rd Nephi 11:14.

Those two blocks of cannon were elevated to the top of my list of scriptures that I did not understand but greatly wanted to.  What was different about the lack of comprehension this time was that I did not want to appreciate how or why to comply, but wanted to identify a legitimate way to avoid the tasks Christ laid before Thomas, the Nephites, and perhaps all mankind.

Over a period of years, I often prayed about the issue and sought opinions from many Gospel advisors of merit, such as bishops, stake presidents, and entire Sunday School, Elders’ Quorum, seminary, and/or institute classes.  The question was presented to CES professionals, including BYU professors.  Quite a few individuals complimented me with: “Great question, Brother Orr.”  But, no one successfully answered the appeal of how to avoid a personal brutal invasion of Christ’s body.

One restless night I was prompted to read the verses again, in spite of so many previously fruitless attempts.  Almost immediately, answers were discovered in the very questioned scriptures themselves.  As has happened previously when pondering Gospel conundrums, I wondered how something so obvious could be missed.  Perhaps more effort, time, faith, or knowledge was necessary before receiving direction.

Christ told Thomas to implement his own treatment plan, in this case even offering the reason Thomas should do so: “…thrust it into my side: and be not faithless, but believing.”  Jesus also explained the command, which is not always the case, to the Nephites: “…thrust your hands into my side…that ye may know…”

When Elder David Eldredge baptized me as a Whittier High School student in the late 1960’s, I possessed only entry-level hope, not really believing, or knowing anything about the Restored Gospel.  But my hope was accompanied by nascent faith that what Elder Eldredge had shared was true.  The seed grew[14] and thankfully continues to grow.  Five decades later I possess a Spirit-born testimony that includes both belief and knowledge that Jesus Christ did perfect the atonement for all of us.

I believe that every time a mortal sins, a hand is symbolically thrust into Christ’s side and Christ must atone for that sin.  I pray that secondary to a sure belief and knowledge of truth taught by the Spirit and circumspect mortals, I will not be required to torment Christ anew when kneeling at the Bar before Father with my Advocate at my side, but simply express gratitude for the living proof confirming my own belief and knowledge regarding our Savior, His resurrection, and the gift of the atonement.

[7] Nibley H, “The Book of Mormon is so obviously true that pretty soon we won’t get credit for merely having faith in it,” BYU Honors Book of Mormon 121H, Chauncey Riddle, circa 1968.

Come, Follow Me Conversations | The 10 Commandments with Rabbi Ilana Schwartzman

Come, Follow Me Interfaith Conversations | The Sacrifice of Isaac with Mark Diamond

Come, Follow Me Interfaith Conversations | The Garden of Eden with Tamar Frankiel

James Holt is an Associate Professor of Religious Education at University of Chester. He is a convert to the Church of 33 years, he's served as a Bishop and in a Stake Presidency. Professor Holt and his wife Ruth are proud parents of four children. He is a member of the Widtsoe Foundation Global Council.

George Durham is a principal with Seattle-based Linksbridge SPC, a social impact consulting firm that works with international NGOs, domestic nonprofits, and other public sector organizations. Mr. Durham has a Bachelor Degree in Government from Harvard, and an MBA from the University of Pennsylvania. He is the great-grandson of Elder John A. Widtsoe, and currently serves on his Stake High Council. Mr. Durham is an Executive Board Member for The John A. Widtsoe Foundation.